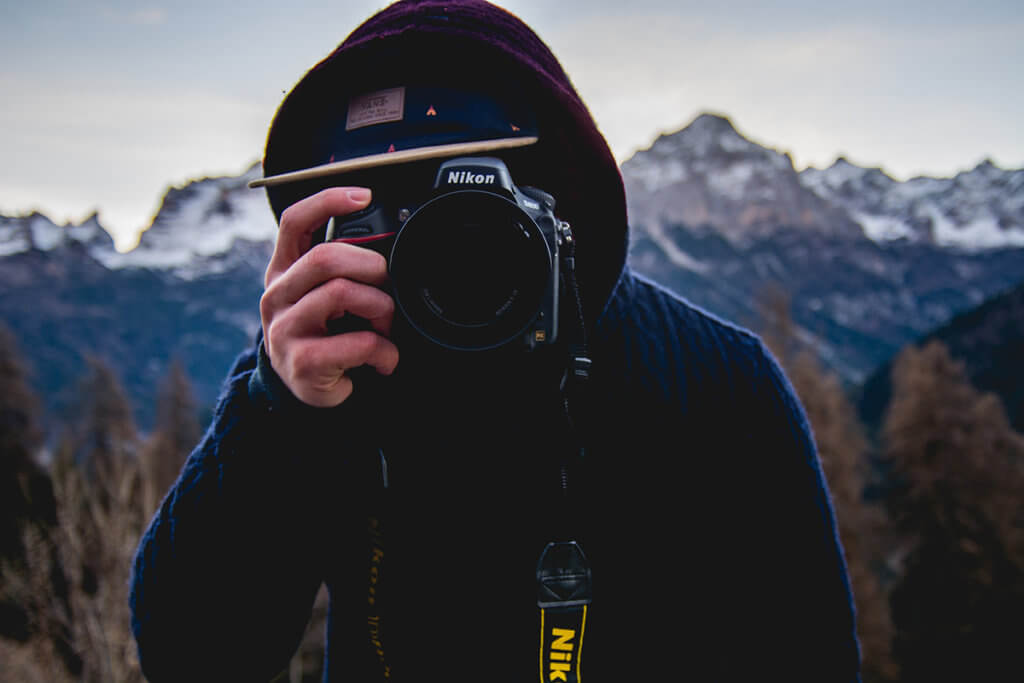 A big name in the camera market, Nikon has recently chosen to focus more on developing professional level cameras and less on models for novices. Therefore, it has discontinued its One Series mirrorless cameras and the size of their compact cameras has also been reduced. We aren’t saying that Nikon cameras aren’t for beginners or those who don’t have much experience of shooting, but it’s Nikon’s advanced models that attract many.

The Z6 and Z7 are the recent examples of the most advanced full-frame DSLRs from Nikon. The APS-C based DSLRs that sit below the advanced level DSLRs are also solid performers and they are offered at different price points. Some of them are entry-level DSLRs and others remaining are the compacts designed for junior-level photographers.  Here’s the list below, which includes some of the best Nikon cameras released so far.

The Nikon Z6 is an excellent full-frame Z-system camera offering state of the art features and incredible performance for the price. It’s designed to keep the both the professionals and the enthusiasts happy.

You will love to use the large and bright EVF of the camera. The Z6 features a 3.2-inch tilt-angle touchscreen with an amazing 2,100,000-dot resolution. Camera handling is also perfect.

Like the Nikon Z6, the Z7 is also one of the best cameras on today’s market that is built for professionals. It is equipped with a 45.7 megapixel full-frame sensor. The new Z-Nikkor lenses are included in the camera which deliver outstanding corner-to-corner sharpness. They allow more light to come in and give excellent performance.

The Nikon Z7 features a built-in 5-axis vibration reduction that can be used with all types of lenses and ensures smooth and accurate results. Additionally, in video recording, the combination of optical and electronic vibration reduction ensures steady footage. Another welcome addition is sports VR mode, which helps capture some fast action scenes.

The Z7 comes with a new hybrid AF system which can automatically switch between various modes to acquire the best focus. It features a 3.2-inch tilt-angle touchscreen, with a 2,100,000-dot resolution and has a maximum shooting capacity of nine frames per second. It supports 4K ultra HD video recording as well.

This other incredible performer is regarded as Nikon’s most desirable DSLR. Its most highlighted feature is a back-illuminated 45.7-megapixel full-frame sensor. Its 3.2-inch tilt-angle touchscreen has a 2,359,000-dot resolution.

The D850 packs a 153-point autofocus system, supports 4K ultra HD video recording, and has a battery capacity of 1,840 shots. Its continuous shooting speed is seven frames per second.

The camera doesn’t do well when it comes to its live view autofocus speed but it is not something that bothers everyone. The Nikon D850 is still popular among wedding, portrait, landscape, wildlife photographers and many others.

The Nikon D3500 is one of the best DSLRs and is mainly aimed at beginners. It’s very simple to use and comes at an affordable price, so you don’t need a big budget to spend on it. There is an in-camera guide for new shooters that tells you about various functionalities of the camera.

The D3500 features a 24.2-megapixel sensor (without an anti-aliasing filter to capture maximum possible detail), a 3-inch screen with a 921,000-dot resolution, and it supports 1080p Full HD videos. Its maximum continuous shooting capability is five frames per second.

Due to its compact size, the Nikon D3500 can be easily placed in a travel bag so you can take great shots wherever you go. The camera is solidly built and can survive any adventure you throw at it.

Wi-Fi and Bluetooth connectivity options are available, which allow you to instantly share your images via Nikon’s SnapBridge app.

The D7500 is an amazing Nikon camera for the money. Its headline feature is the ISO range that you can stretch up to 1,638,400. The Nikon D7500 uses a 20.9-megapixel DX-format sensor and EXPEED 5 image-processing engine which ensures that the camera doesn’t lose any detail and accuracy in low light situations. It has 3.2-inch tilt-angle touchscreen with 922,000-dot resolution.

It is equipped with a powerful autofocus system that is capable enough to save the details of every photo taken at high speed. Design and build quality are excellent and the camera is covered with extensive weather sealing, which protects it against the moisture, dust and harsh handling.

With this camera you will be able to shoot at a maximum speed of eight frames per second.

The Nikon D5 is a professional-level camera, which is especially popular among videographers who love to capture sports and action scenes. It has a special edition released in February, 2017 at Nikon’s 100th anniversary.

The D5 comes with a 20.8-megapixel APS CMOS sensor, an EXPEED 5 image processor, and a 3.2-inch high-resolution screen. The ISO performance of this high-end full-frame camera is wonderful. Standard sensitivity spans ISO 100–102,400 and can be stretched to cover ISO 50–3,276,800.

The 153-point autofocus system is fast and accurate and the camera has a respectable continuous shooting speed of up to 12 frames per second. It features 4K video recording; you can also take shots while recording and its video autofocus includes contrast detection as well. We don’t need to mention that these features would help create some excellent quality videos.

Nikon D5 not only delivers premium quality photos and videos but also beats many of its rivals like Canon EOS-1D X Mark II with its long battery life, which endures long enough to take up to an incredible 3000 shots.

Nikon is best at making quality cameras and most of the time it won’t be a simple task for someone to choose the one that best suits their needs. We have tried to make your life easier by reviewing some of the best Nikon cameras in our list.

This list contains entry-level to professional-level Nikon cameras and all of them are equipped with highly advanced features. We hope it helps you acquire the best one for your needs.