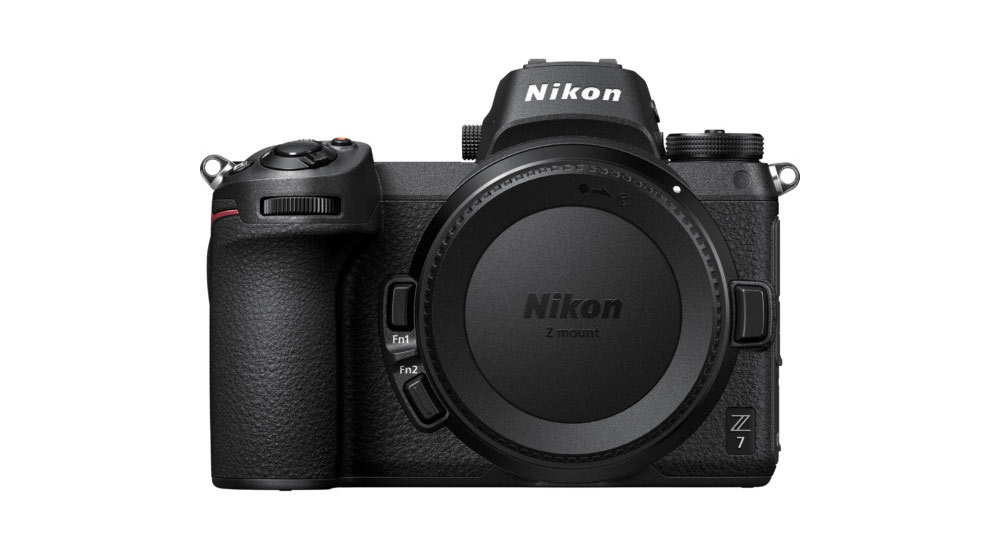 The Nikon Z7 ushers in the mirrorless age of camera bodies with a lot going for it. You’re getting high resolution, full-frame, 4K video and a new Nikon Z-mount all in a very lightweight package. In essence, all the high-end quality of a top Nikon DSLR without feeling like you’ve done a bicep workout after a photo session. Mirrorless camera bodies have a lot more going for them than just the weight factor, but I’m seeing more photographers taking these up just for the more compact and convenience factor.

In many ways, the Nikon Z7 is very similar to the D850 at least in functionality and basic layout. There’s a lot more technology that has gone into the Z7, but I get the similarities with the D850 as it will give existing Nikon users familiarity with the layout and concepts. Some of these highlights include the new Z-mount, in body stabilization, 9FPS and electronic first curtain shutter mode to stop shutter shock.

The old F-mount has been replaced with the Z-mount and gives many benefits. The shorter depth and the 55mm mount allows a greater range of lenses to be mounted along with allowing far more light into the corners of the sensor. F-mount lenses, AF-S, AF-I lenses and older AF-D lenses can be used with an adapter, but functionality may be limited in some areas, for example, aperture value.

The body of the Nikon Z7, is weather sealed the same as the D850 and feels just as high quality. There is a deep grip on the body and it all feels very lightweight and solid in the hand. The viewfinder gives a 1280 x 960 resolution with options of different viewfinders and rear screen modes, all available in the menus.

Buttons and dials are in a familiar place as on the rest of the Nikon DSLR lineup. On the left side of the camera of the top plate now has a mode dial, much like a Canon body, also with a central locking button. On the rear of the camera, all the buttons are located on the right side, with everything else in the familiar place. Although the two-button Quick Format and AF/MF switch have been removed.

The rear touchscreen is used for a variety of operations, such as setting the AF point, diving into the menus, zooming, and playback. You have a touch sensitive ‘i’ menu which combines the ‘info’ and ‘i’ buttons. The two Fn buttons on the side of the lens mount can be customized for a variety of quickly accessible functions. You have a plethora of options and customization here, just like on the D850.

Video mode has loads of configurable options, far more than the D850. Still images can be taken at 8MP without interruption while shooting in 4K.

One great feature is that the manual focus ring on the lens which can be configured for other functions. It can be used to set the exposure or aperture compensation and more customization options may come in the future. Very useful if you’re not using manual focusing.

Power comes by the way of a new EN-EL15 battery which can be charged over USB. Existing EN-EL15a batteries can be used, just without the USB feature. The number of shots you get per charge can vary a lot depending on the different modes you use. Officially, an average of 400 shots per charge, but this can be far more in reality.

The 45MP sensor on the surface gives very similar results to the D850 both raw and JPEG files. ISO noise is also comparable, being able to reach relatively high levels without many artifacts. The same with dynamic range. You have plenty of scope ISO 64 and upwards with the ability to bring up clean shadows unless you’re using ridiculously high ISO. You can’t fault its overall image quality and coupled with image stabilization gives you a great constant hit rate.

Auto ISO has always been a strong point for Nikon and the functionality is present in the Nikon Z7. Upper limit shutter speeds can be set and take into account focal length. All very useful in the scenarios like a busy event shoot.

Although the autofocus system incorporates 3D AF Tracking, it does lag behind its DSLR equivalents. There’s lots of AF coverage and focus is great on static subjects, it’s just when something is moving you expect a little more. Single point AF seems to work the best, especially with high burst rates. Face Detect and low light AF-C work relatively well, especially static subjects, but when moving around in low light BAF is harder to track. In essence, the D850 has a more rounded and overall better autofocus system, which is surprising considering the pro level price of the Z7.

Video quality is where this camera excels where you have the option of full-frame 4K footage or a Super 35 crop with focus peaking, 1080/120p, Nikon’s Flat Picture Profile or even 10-bit Log over HDMI. Phase detection AF is available allowing subject distance to be detected. AF modes work very similarly to those used for still images. The only real downside is focusing is done by the wire, which may not suit everybody.

The Nikon Z7 has a lot going for it and as Nikon’s first full-frame mirrorless camera it does a good balancing act between stills and video. The AF system lets the camera down at times with moving subjects in low light, but being silent and with in-body stabilization, people wanting to use this camera body for mostly video will see a lot of benefits. If you predominantly shoot stills then the dynamic range and AF of the D850 is still probably better, especially in low light conditions.

There’s obviously going to be comparisons to the Sony a7R III as they are both very similar. To be fair, the Z7 is on its first outing but is very near in an all rounded unit as the Sony. The a7R III is similar but in operation feels more well rounded. The Canon EOS R is also on its first outing, but comparing all options, the Z7 comes in slightly better with image quality and ergonomics.

Essentially, if you want an imaging tool that is a good cross between stills and video in a compact design with fantastic image and video quality, then this could be a good first dance.

9
Score
The Nikon Z7 is the first full-frame mirrorless camera design from Nikon, borrowing much of the functionality and layout of the D850. It is the first outing for Nikon for a full-frame, mirrorless design, but still has some great features.