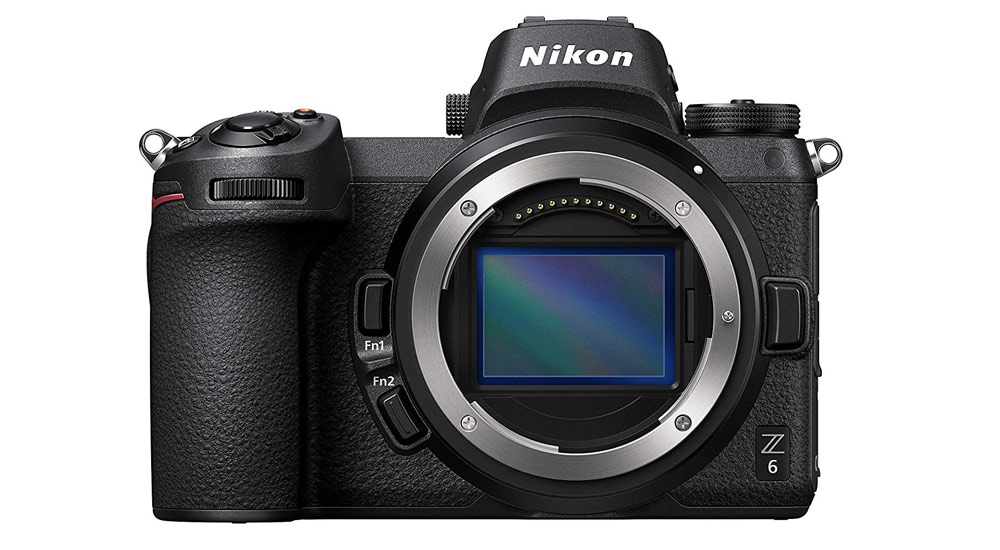 The Nikon Z6, just like the Nikon Z7 is a full-frame mirrorless camera with the Z6 being aimed more at the enthusiastic market as more of an all-rounder. The two models have a lot of similarities, just like how Sony has done things with the similar competitor models of the a7R and a7. The Nikon Z6 has the resolution, autofocus system and burst mode different to the Z7.

There are going to be some comparisons between the two models of the Z6 and Z7 in this review, which will give you an idea of the applications to both models and which may suit you the best and your needs.

The Nikon Z6 features a 24.5MP full-frame sensor, compared to its bigger sibling the Z7 which has 45.7MP. The Z6 may not have the huge resolution of the Z7, but it should be enough for most situations and also has a reasonable ISO range of 100 to 51,200.

Being the new mirrorless design, it has Nikon’s latest Z lens mount, replacing the older F mount. This ultimately means a wider opening of 11mm and shorter flange distance being 60mm between the back of the lens and the sensor. This should allow for future better optics and more use of a full-frame sensor allowing even brightness across the whole sensor and image.

Your regular Nikon lenses will still fit the new design with a new FTZ mount adapter supporting 360 lenses with 90 being able to access the Z6’s complete AF functionality.

The Nikon Z6 is a very compact design, especially compared to the D4 and D800 and fits very well in the hand with a nice comfortable grip. It’s almost a cross between a modern DSLR and an old-school rangefinder. It’s made of the same magnesium alloy as the Z7 and has the same weather sealing as the Nikon D850.

The layout of controls is slightly different than on the rest of the Nikon DSLR line, but not so different as to be alien to existing Nikon users. The on-off switch is still around the shutter release button, with buttons available for exposure compensation, movie recording, and ISO. The mode dial on the top left of the camera with locking button makes perfect sense to access all the different modes such as aperture and shutter speed.

The electronic viewfinder (EVF) is effective and bright enough so that you won’t miss your optical version too much. You can also use the rear 3.2-inch tilt-angle touchscreen for most tasks being fully functional accessing not just menu items, but also focus selections and triggering the shutter.

Moving on to the battery, it doesn’t have the greatest of shots per charge, with an official 310 shot battery life. In real life scenarios, this will work out far better, but as always the rule of thumb is to always carry a few spare batteries around with you.

The AF system is very comprehensive, but a different beast than that on the Z7. The Nikon Z6 has a 273-point phase-detect hybrid system which covers 90 percent of the frame. Single AF modes include auto-area, wide-area, single-point modes, and pin-point. With the Continuous AF mode as a Dynamic AF focusing mode for focus tracking and selecting how many active AF point you need. In this mode, you can also adjust the tracking sensitivity. Auto-area AF mode can also be selected for easily tracking your chosen subjects.

Ironically, the Nikon Z6 has a faster burst speed than the Z7, with 12fps continuous compared to the Z7’s 9fps. This will obviously depend on the memory card you are using, but the buffer speed is also not the fastest on the Z6, which means when shooting raw files you may get a more real-world number of around 5-6fps.

Although you’re not getting the high 45.7MP count of the Nikon Z7, 24.5 megapixels is still loads of resolution for most applications. While using the FTZ adapter you still get loads of image clarity and sharpness across the image with metering beings as fast as you would expect it to be so. The new 5mm f/1.8 S-Line lens is super sharp and fast, which gives an indication of the exciting lens variations coming in the next few years.

ISO noise can be a big factor, but the Nikon Z6 copes very well to ISO 1600, with few artifacts apparent. Pushing beyond this point, you’ll start to see a little noise come into play. Perfectly acceptable to ISO 6400. Although it’s great to print ultra-high ISO numbers for a camera body, the upper ranges are still going to get very noisy, just there for the scenario of getting something rather than nothing. You get a good level of dynamic range with the Z6, with the usable range of up to 3200 where shadow detail is still acceptable and can be pulled up in post-editing.

There’s a lot to like about the Nikon Z6 and its compact mirrorless design. The more rangefinder feel of the body makes for an easier time of shooting throughout the day and even with a heavyweight lens strapped on, everything still feels balanced. You have a high-quality build, impressive sensor, and you can shoot fast and with fantastic quality.

With a new range of lenses, the next few years are going to be an exciting time for Nikon optics as older lenses can still be used on the FTZ mount adapter and the new range are going to be able to offer ridiculously low f-numbers as well as faster performance. All this on a more compact designed body.

8
Score
The Nikon Z6 mirrorless, full sensor camera body is a great all-rounder hitting the serious enthusiast section of the market. The resolution is high enough to get quality images and the focusing system is fast enough to keep up with the competition.