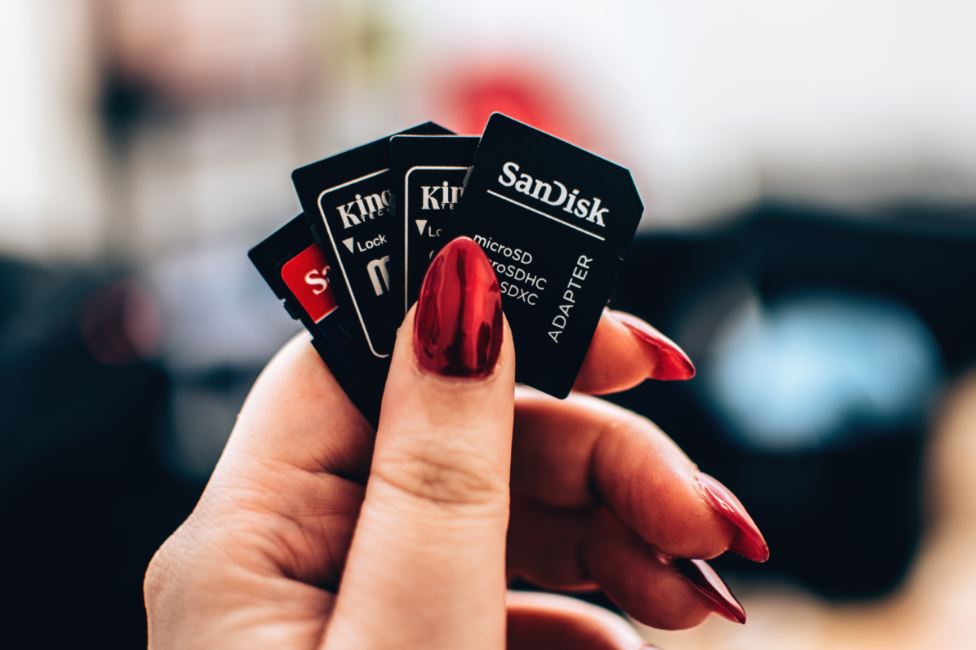 MicroSD cards may be small, but they carry a lot of responsibility. These cards can be used for smartphones, cameras, drones, and even for gaming consoles such as the Nintendo Switch. They can significantly expand the memory capacity of your device and enable you to have multiple or duplicate cards.

However, choosing a microSD card isn’t just about the tons of gigabytes that it packs inside – it should also feature high speeds so that moving large data files to and from the card is easier and quicker. It also comes in handy for instantly writing big chunks of data when your device is, for example, recording ultra-high-definition (UHD) footage.

If you’re in need of a microSD card, then you have come to the right place. We have compiled a list of some of the best microSD cards that money can buy. They will not only help improve the capacity of your device but also make sure you get the most out of it.

The Samsung EVO Plus microSD card has been able to secure the top spot on our list for a few reasons. Firstly, it’s being offered at a very reasonable price. Secondly, it features impressive read and write speeds, and thirdly, it offers a very decent storage capacity.

With this microSD card, you get read and write speeds of 100MB/s and 90MB/s respectively, which makes it easier for you to save images and videos on your smartphone and camera.

Featuring a storage size of 128GB, it allows you to save tons of photos and videos, and especially if you use your camera or smartphone for vlogs and stuff – this is going to help you a lot. The card is also available in 64GB and 256GB storage versions in case you need less storage or a bit more to save your data.

A few years back you wouldn’t have thought that one day we would be able to store 1TB of data on something as tiny as a microSD. However, it’s been made possible now and the price also isn’t as high as one might expect.

SanDisk Extreme offers a whopping 1TB of storage that allows you to store tons of photos, videos, apps, and more on your card. With this much capacity, this card can be an ideal choice for content creators or the people who shoot a lot with their smartphone.

As for reading and writing speeds, it features an impressive reading speed of up to 160MB/s and writing speed of around 90MB/s. This indicates that you won’t be having any issues with the device you are using to capture 4K videos. And above all, it’s A2 rated, meaning you get the same speed as the storage on your phone. This helps a lot while running apps on your phone from the SD card.

The Samsung EVO Select offers a write speed of up to 100MB/s, which makes it stand on top when it comes to storing Ultra HD (4K) content. You get the same speed on the reading side as well. These features help you instantly store footage even if you are recording in 4K resolution with 60 frames per second.

On the other hand, if you are using a slower card, say it features around 80MB/s, you will have to wait a few seconds or sometimes even for minutes before your device gets ready to record again. It’s because your card takes longer to store the content.

The storage capacity of the Samsung EVO Select is pretty good, which is quite helpful for storing plenty of 4K content. Especially, if your device is shooting super high-quality footage, that will eat up space pretty quick. So, going for a 128GB storage card in such scenarios would definitely help.

Samsung is and has been a great microSD card manufacturer for years, and its EVO Select is no exception.

This microSD card is hands-down the best option for the Nintendo Switch as it comes with an official license from Nintendo and SanDisk has also optimized it for the same. Therefore, it works well with the device and helps you enhance the storage of your gaming console.

With the read and write speeds of 100MB/s, you can instantly load games. SD cards that offer slower write speeds won’t allow you to play games seamlessly as they struggle to load.

By default, a switch comes with 32GB of memory. Adding this microSD with a 128GB extra capacity will give you four times the storage. This will give you the freedom to store tons of games on your device. You’ll never get bored!

The SanDisk High Endurance SD card is our best pick for GoPro users as it offers fast read and write speeds and can endure tons of reading and writing.

You can constantly use it without worrying about the card breaking down and needing to replace it. And that makes it worth considering for the people who like to shoot with a GoPro.

With a storage space of 128GB, this card allows you to record thousands of hours of 4K footage. If your GoPro shoots in 1080p resolution instead of 4K, then you will be able to record ten times more. Not to mention, the SanDisk High Endurance is also available for a very affordable price.

The PNY Elite-X is an affordable option that doesn’t compromise on quality or performance. It allows you to store a decent amount of data and offers great read and write speeds.

You get 64GB of memory capacity, which is enough to store plenty of images and videos. The card is rated at A1, so running apps from it on your smartphone won’t be a problem. Therefore, the PNY Elite-X 64GB may prove to be quite a decent option if your device supports expandable storage.

At 100MB/s for both read and write speeds, the card seems to be a capable performer. It means you are going to move the files around pretty fast and capture the Ultra HD videos without a problem.

MicroSD cards are important accessories for smartphones, cameras, and even laptops. They offer extra room to store digital media and their compact size makes them easily portable. We have reviewed some of the best microSD cards that are currently available on the market. Just read through to know the best suitable option for you.