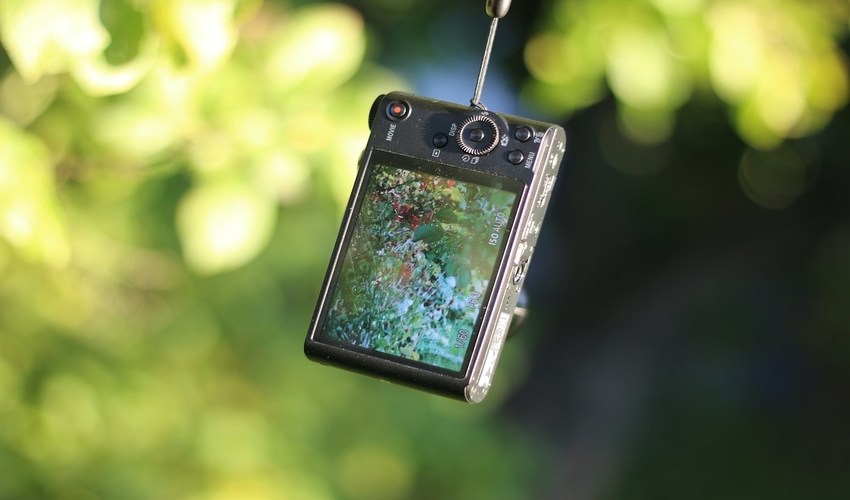 Today, there is a huge range of compact cameras available and in this guide we have listed some of the best, offering some high-tech features that you won’t be able to find in your average smartphone. These highly advanced compact cameras include a powerful sensor, optical zoom and excessive amount of manual controls, giving you extra freedom to take some creative shots.

The market has a lot to offer, it’s diverse but it certainly means to target the people with different needs and choices. Some look for a compact model with a powerful sensor or one that offers 4K recording, others may want something smaller that can easily fit in their bag while going out for an adventure or vacation.

Everyone has their own preferences and they choose something that best suits them. Now, let’s take a look at some of the best advanced compact cameras that have been able to fascinate many.

Sony’s RX series has no match when it comes to high-end advanced compact cameras and that’s why RX100 VI has secured the top spot in our list.

RX100 VI’s 20.1-megapixel CMOS one-inch sensor combined with a Bionz X image processor produces excellent stills at low ISO settings and largely noise-free shots right up to ISO 1600. Video shooters will be pleased to know that it can record 4K videos in HDR too. Its 8.3x optical zoom provides significant reach to the subject.

The maximum shooting rate is an incredible 24 frames per second. The camera’s lovely OLED viewfinder with 2.36 million-dot resolution and surprisingly fast autofocus system are a perfect match for daylight shooting. Its battery lasts long enough to take around 230 shots per charge.

The Lumix TZ200 is a top-end compact camera from Panasonic. It uses an advanced 20.1-megapixel one-inch sensor and a Venus Engine image processor to capture clear and excellent images. Its standard ISO range is 200-25,600, which can be expanded to 80-25,600.

The 24-360mm lens is a headline feature of the camera, which offers a long zoom range and has a built-in image stabilization feature to avoid blur from camera shake at maximum zoom range. Its autofocus system does remarkably well in good lighting conditions.

The TZ200 features a 2.33m-dot EVF and a fixed three-inch monitor with 1.24m-dot resolution. It can shoot full-resolution images at a very respectable 10 frames per second and has the ability to track moving subjects while shooting at seven frames per second. The camera supports 4K video capture as well, alongside a number of 1080p Full HD options.

The Fujifilm X100F is another advanced compact camera that employs a 24.2 megapixel APS-C X-Trans CMOS sensor and X-Processor Pro image processor previously found on the company’s flagship X-Pro 2 and X-T2. So there is no need to say that the camera performs exceptionally well when it comes to image quality.

The ISO sensitivity ranges from ISO 100-12,800, can be extended up to 51,200. No 4K video support means the camera specifically targets stills enthusiasts, however, it does offer 1080p video recording at 60 frames per second.

Like the previous models in the X100 line, the X100F also features a hybrid viewfinder. You can set it to provide either an optical view or a 2.36m-dot electronic viewfinder with 100 percent coverage. The camera has the same retro-rangefinder design of its predecessors.

The Canon Powershot G7X Mark III comes with some great improvements over the Mark II. It is an advanced compact that can easily fit in your pocket. It comes equipped with a 20.1 megapixel one-inch CMOS sensor coupled with a 4.2x optical zoom lens, offering a very flexible 24-100mm equivalent focal length range. The lens also has a wide aperture range of f/1.8-2.8, which is very helpful in low light shooting conditions.

Not only does the Mark III shoots great videos, but it’s also an excellent camera for stills. It supports 4K video capture and has a microphone input. Above all, you get all these benefits at a very reasonable price.

If you need a great compact for vlogging that can record amazing videos and take excellent photos, then the G7X Mark III isn’t easy to beat. However, it lacks a viewfinder and headphone socket.

Panasonic Lumix LX100 II has a bigger sensor among the compacts. It’s clearly a winner with its large 17-megapixel multi-aspect Micro Four Thirds sensor. It replaced the LX100 with some great improvements in terms of its sensor and electronic viewfinder.

The camera is aimed at street photographers; however, it lacks a tilting screen, which can be annoying sometimes. Still, it is equipped with a Four Third sensor which is as powerful as the company’s interchangeable lens cameras.

The LX100 II features a 3x zoom lens which has a fast aperture range of f/1.8-2.8. It delivers excellent images with nice tones and plenty of detail. The small size of the camera makes it ideal for traveling. It may not fit into your pocket but it will slip in your small bag easily.

The Nikon COOLPIX P1000 is a king of super-zoom with an incredible 125x zoom. With its 24-3000mm lens, you can even shoot the moon. The camera has a far smaller sensor than any average interchangeable lens camera. It outputs images at 16.1 megapixels.

Despite having a smaller sensor, the P1000 delivers excellent images with quite a lot of detail. It includes a Dual Detect Optical Vibration Reduction (VR) system. The VR Active mode is also there, which promises greater stability in the viewfinder and on the LCD when you’re taking shots from a moving vehicle.

The Leica Q2 is an upgraded and very advanced compact model of the older Leica Q and it’s not quite in the reach of everybody when it comes to the price, and that’s probably the only reason it stands last in this list.

This state-of-the-art compact employs a full-frame 47.3 megapixel sensor and a fixed 28mm f/1.7 lens. The autofocus system is lightning-fast and the camera produces images that are beyond imagination.

The new Maestro processor allows it to shoot 4K videos at 24 frames per second or 30 frames per second. It comes with dust and water resistant capabilities and can easily survive trips and adventures.

The Q2 features a three-inch touchscreen with a 1.04m-dot resolution and an OLED EVF with slightly better magnification than its predecessor.

If you need a remarkably advanced compact camera like no other for street photography and your documentary shots, then nothing comes closer to the Q2; as long as you can afford its massive price.

When we think of a compact, a normal camera with average specs comes into our mind. But, those days are long gone and the story is completely different now.

Today compact cameras are being equipped with all those high-tech features that a mirrorless camera can have. And, in this guide we have included some of the best advanced compact cameras from various manufacturers. Many of them aren’t pocket-friendly as we are talking about something very advanced. If you need an advanced compact, just pick any of them considering your requirements and budget.