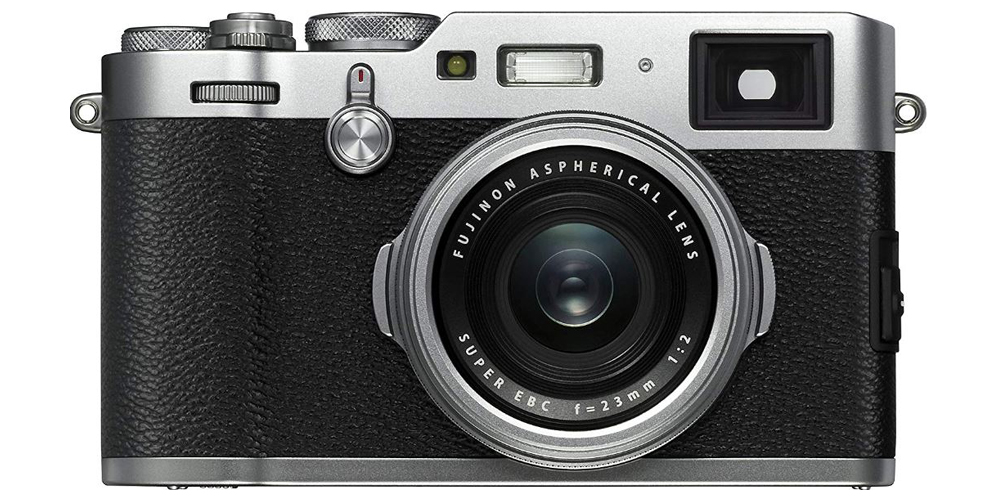 The X100 series of Fujifilm cameras have been so popular since their introduction to the market and the Fujifilm X100F is the fourth iteration in this series.

It has a redesigned button layout with joystick-driven autofocus that allows for smooth and easy AF point selection. The new X100F is an advanced mirrorless camera and a is massive upgrade over its predecessor, the Fujifilm X100T.

So, what are the other special qualities of the Fujifilm X100F that are making photographers so excited? Let’s find out.

Like all the cameras of the X100 series, the Fujifilm X100F features a retro look and is a gorgeously crafted camera. It gives you a real premium feel in hand. Its finely-placed controls and the top magnesium plate greatly enhance your shooting experience.

In order to bring more refinement, a number of tweaks to the controls have been made by the Fujifilm. In older versions, the shutter speed and exposure compensation dials were placed on the top plate.

Now, the shutter speed dial mimics the one found on the X-Pro2, where you lift, turn, and then drop the dial to choose the desired ISO. These revised controls offer dual control to change the ISO.

The exposure compensation dial has the same ±3EV range as the X100T, but it uses a new ‘C’ setting option on the dial. This allows you to set the compensation up to ±5EV using the new front command dial of the camera.

At the back of the camera, you will see the biggest changes compared to the X100T. The screen has been moved to the far left and the controls on the left-hand side have been shifted (mostly) to the right as the company believes this will ensure much easier one-handed control.

However, a most welcome addition that every photographer will appreciate is a small joystick lever, which helps you select focus points faster and easier than in previous models.

The size and weight distribution of this all-metal camera makes it feel less heavy, which means it’s versatile enough and can be recommended as one of the best travel cameras on the market. Design-wise, this camera feels like a little X-Pro2, and that makes you seriously impressed.

The Fujifilm X100F in Use

The autofocus system of the Fujifilm X100T is a major upgrade. It borrows the hybrid AF system from the X-T2 and goes from just 49 points of the previous X100 series cameras to an incredible 325 user-selectable AF points.

However, out of these 325 AF points, only the 169 central points use phase-detection in a 13 x 13 grid. The remaining are the contrast-detect outer points only.

As for AF performance, although it’s not the best autofocus system in the world, you can’t say it’s bad either. It’s fast and works well, especially in good lighting conditions. In low-light scenarios, however, it struggles a bit to adjust the focus with large focus distance changes between the subjects.

The Fujifilm X100T can demonstrate a respectable eight-fps maximum burst shooting capability, capturing consecutive 60 JPEGs or 23 uncompressed RAW files. You can reduce the frame rate to five, four, or three-fps if you wish.

The rear three-inch display on the Fujifilm X100F is the same as its predecessor but it’s bright and clear, with a lot of detail. Lack of touchscreen functionality may not be a dealbreaker as plenty of easily-accessed controls make it easy to shoot and navigate through the menus.

Although one could argue that it would be nice to be able to tap the screen to move the AF point, the inclusion of new joypad makes AF point selection much easier.

While using the EVF or rear display, the TTL 256-zone metering system of the Fujifilm X100F does an excellent job giving you the real-time exposures. Also, the new ‘C’ exposure compensation mode helps make the process quicker.

The large 24.3-megapixel sensor, used by other Fujifilm cameras like the X-T2, delivers excellent results. However, unlike the other X series cameras, here it relies on the FUJINON 23mm f/2 lens.

Even with a massive pixel count sensor, the lens provides decent edge-to-edge sharpness. Shooting wide-open at f/2 and focusing close to the subject, the results can waver, however, you can avoid this by stopping down to f/2.8 or f/4.

How Does the Fujifilm X100F Compare?

The X100 series has been in a process of continuous development for several years. And, these cameras have been popular among many photographers, especially travel and street photographers, thanks to their compact size, light weight, and pocketable shape.

We have put together a detailed comparison of a few of the Fujifilm X100-series cameras:

The X100 series of Fujifilm introduced a wonderful concept with attractive styling that was praised by a lot of people around the world. Each subsequent version of the series was a bit improved over the former, but the company couldn’t do enough for existing owners to upgrade.

However, things changed as the Fujifilm X100F arrived. It takes a huge leap forward in terms of image quality, ergonomics, the AF system, and several other areas. Most importantly, the speed of operation is noticeably improved, which alone is enough to change your perspective about the camera.

8
Score
The combination of excellent image quality, attractive style, and usability make the Fujifilm X100F a very powerful addition in the X100 series. It's undoubtedly an exquisite camera to shoot with.