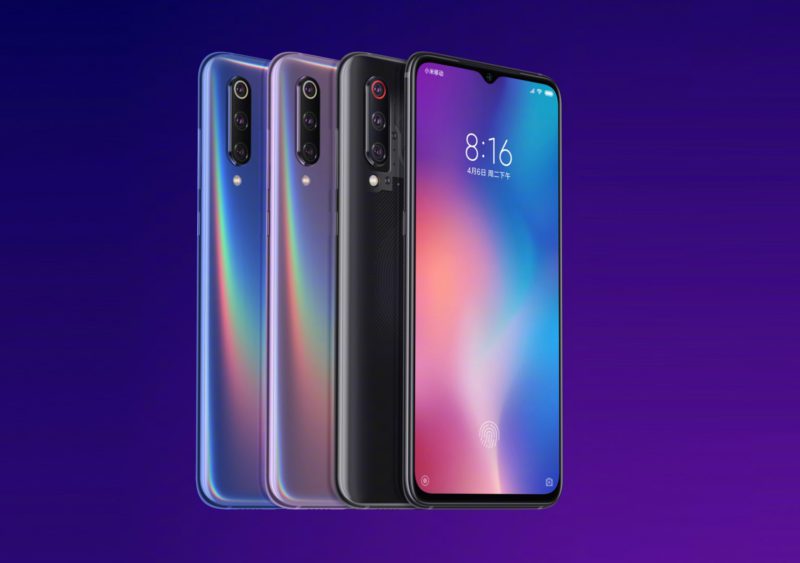 In an attempt to beat the Samsung hands down, Xiaomi has recently launched its flagship smartphone in China. The newly launched Mi 9 is geared up by Snapdragon 855 processor and comes with triple camera setup.

What’s more, the device features wireless charging. Although Mi9 is not the first phone powered by 855 chipset, the assurance that the phone will be readily available definitely makes it the first commercially available Snapdragon 855-powered smartphone.

Mi 9 flaunts a wonderful 6.39-inch AMOLED screen with a Full HD resolution consisting of 2340 x 1080 pixels along with HDR playback. The phone is equipped with a waterdrop-style implementation and flaunts a 90.7% screen-to-boy ratio. Additionally, the massive and beautiful screen is coated with a protective layer of Corning gorilla glass 6 to keep it protected from the daily scratches and damages.

The phone is made up of 700 series aluminum with a thickness of 7.6 mm and weighs just 173 grams.

Talking about the cameras, Mi 9 is following the path adopted by Samsung. Just like the Samsung Galaxy S10 series, Mi 9 also features 3 cameras. The first of them is the standard 48 MP camera which is equipped with a Sony IMX586 sensor.

The second is the telephoto 12 MP camera. The third camera is the wide-angle one and is powered by 16 MP sensor.

It is important to mention here that the camera-phone is regarded as the third best in the list by DxoMark.

Like its previous flagship phones, the phone supports fast charging via USP type C and comes equipped with a 3.300 mAh battery. Add to that, the phone also supports 20W fast wireless charging which also makes it the first smartphone to do that.

In addition to Mi 9, the company also launched Mi 9 SE (special edition) which is the first phone powered by Snapdragon 712. The phone flaunts a super AMOLED display of 5.97 inches and has the same waterdrop design as Mi 9.

The phone comes equipped with a fingerprint sensor and is powered by octa-core CPU. Talking about its memory, it is supported by 6GB of RAM and comes in two variants: 64 GB and 128 GB.