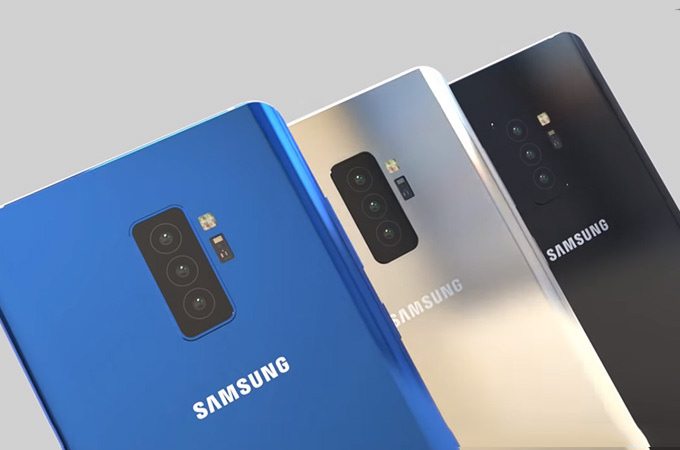 Samsung is seemingly hoping that more cameras are the recipe of success in its newer line of smartphones.

Samsung is adding more cameras to its flagship phones. Speaking of which, Galaxy S10E has at least three, a standard camera, a selfie camera and an extra ultra-wide angle camera on the back.

Super-wide lenses are not the first offering though. We have seen them in the smartphones from Huawei and LG.

What will take you by surprise is the fact that the upcoming 5G model flaunts six cameras in all. While this might sound silly and weird to a few, this new addition will definitely make way for a lot of creativity and flexibility.

The Number of Cameras in Each Galaxy S10

The number of cameras rose to 4 in Galaxy S10 which comes equipped with all the three cameras of the Galaxy S10E but also flaunts an additional telephoto/portrait rear camera of 12 MP.

Next, the Galaxy S10 Plus has five cameras consisting of all those that Galaxy S10 has, and a front-facing RGB depth camera of 8 MP.

The Galaxy S10 5G broke all the past records and has six cameras consisting of all the previous 5 and an additional 3D depth time-of-flight rear camera.

We all are aware of the standard camera at the back and the selfie camera in the front. However, telephoto or portrait camera is the new addition. This camera is a perfect pick for clicking portraits with blurred background and other effects, quite similar to what one can get from a mirrorless camera.

Next in the queue is the RGB depth camera which is capable of capturing better depth data and makes the filters and AR effects look more realistic.

The 3D depth camera is based on the time-of-flight technology and captures a realistic 3D depth map of the objects it is pointed at. Although the camera works fine only up to a certain distance, it can definitely augment the AR gaming experiences.

Overall, we have high hopes with Samsung’s phone cameras and it will be interesting to see what one can achieve with these little gadgets.