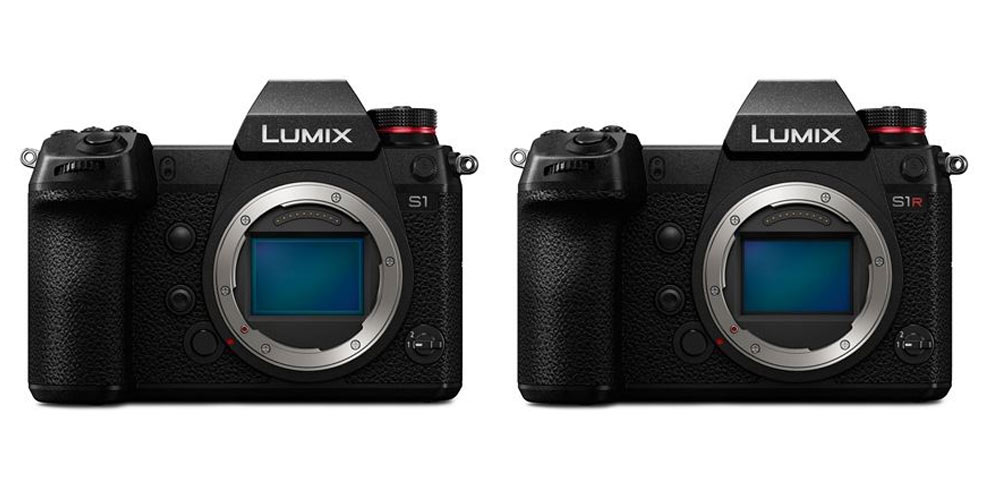 Both the Panasonic Lumix S1 and S1R are the new mirrorless full-frame cameras from Panasonic which should be available from March 2019 with some very tasty features which include high resolution modes, HDR and many pro features. The Lumix S1R is aimed at the professional with a 47-megapixel sensor and the S1 has a 24-megapixel sensor.

Both cameras will be capable performers, but there may be features people have missed which could improve your workflow for both stills and video. This guide will go over some of these features which may tip the balance to buying into one of these camera bodies once released.

A new graphical interface and menu makes it easier to set up the camera and a more visual way to see quickly what buttons and dials control what features. Everything has been made more logical and intuitive, definitely speeding up setup and changes. There’s also a new quick menu which can be easily customised into two modes where you can stick whatever menu items you want in each.

Quality audio is key and having XLR support on the Panasonic Lumix S1 and S1R camera bodies means no expensive third-party accessories when you upgrade. This could be one of the features that may sway the video guys who want the most value for money.

The Lumix S1R delivers higher resolution and provides three different options as a crop factor when using 4K. Choices include a nearly full frame for a full crop factor, APS-C super 35 1.5 crop factor, and a pixel to pixel which uses the central pixels to get a two times crop factor. These options will definitely give you scope to gain the best quality at 4K.

Hybrid log gamma is already a feature of video and gives better high dynamic range to footage. Now this feature is brought to stills. Compatible TVs seamlessly detect this feature making it a straightforward, plug and play way to show more dynamic range in your images. This is going to be more of a standard feature moving forward, especially with photos being previewed more and more on TVs and monitor screens rather than in the print medium.

This feature will help especially when using telephoto lenses or at the least practicing holding them steady. A small green dot on the rear LCD screen moves with the slightest movement of the camera. This is a great way to see how much your hands shake or even when using a tripod, how much wind or vibrations are being introduced. Trying out this facility for only a minute showed that my hands aren’t as rock solid as I thought they were.

Inherited from the GH cameras is the facility for V Log profile and internal 10-bit 4:2:2 recording. These are going to be paid upgrades, but it’s definitely going to be an advantage, especially with the camera’s ability to shoot 4K 60 FPS. Being a paid upgrade pack means there should be other pro features included in the package for video which may include vector scopes, waveforms and shutter angles. This giving you the same video options as on the GH series, but now on a full-frame sensor body.

With the advantage of firmware upgrades, current functionality can be easily expanded and built upon which includes autofocus capabilities. Autofocus tracking is getting very advanced with the ability to pinpoint faces, eyes and bodies of multiple subjects in the frame, but also machine learned autofocus which can track different groups of animals for example dogs, cats and birds. This opens up a lot more scope for wildlife photographers and images with both humans and non-humans in the frame.

The tracking can also differentiate and swap between body, head and eyes as it follows a subject around the frame. All very cool features…

Pumping up the video capabilities on the S1 now means as long as you have the battery power, you can film for as long as you want. Also being USB powered, means convenient power for all day shooting. The S1R unfortunately still has the 30-minute record limit.

Both of the Panasonic Lumix S1 and S1R cameras are aimed at pushing the boundaries for the Panasonic line and clearly trying to appeal to both stills and video guys. Both cameras pack in a lot of features which is clear from their DSLR dimensions and multitude of functionality and menu options. Being aimed at the professional, points that have been missing on other full-frame mirrorless cameras such as in body stabilization and dual battery slots have been included. With all these features also comes a professional price tag. However, if you consider how much Panasonic have tried to cram into both camera bodies, there’s still loads of features for the money justifying the price points.

There are other great features packed in these cameras such as pixel shifting to dramatically increase the resolution of your images. On the S1R, 47MP can be increased to 187MP and on the S1 24MP up to nearly 100MP. The S1 is probably the best all-round option for both stills and video, with the S1R for that higher resolution and more pro features.

When finally released and fully up to speed with the latest firmware, both these cameras are going to be able to cover the majority of shooting scenarios with plenty of pro features to keep both video and still shooters very happy.