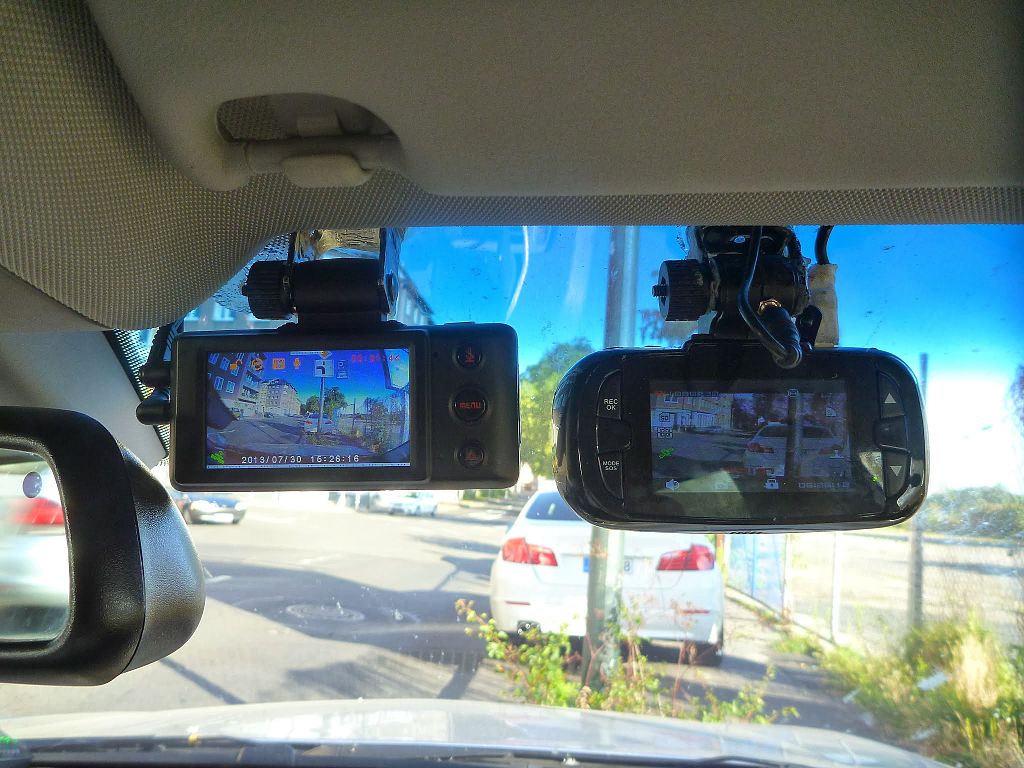 The best dash cameras don’t only come in handy for capturing amazing once-in-a-lifetime events, like an asteroid striking the highway ahead. The footage captured by these gadgets can be a huge help with insurance claims in case of an accident. And, they offer a bunch of other practical benefits as well.

Currently, there is a wide variety of options available and sometimes it can be very tricky to find the best solution for your needs. Many dash cameras seem like they do exactly the same thing, but you will find a significant price difference between them. Also, it is possible to just mount an action cam on the dashboard to get the same results. So, what’s the point in spending more money on dash cameras if you have cheaper options that are as capable as the costly ones?

Basically, the more you invest on the device, the more features you enjoy. With some extra cash spent, for example, you get a CCTV mode when the car is parked. Likewise, some dashboard cameras come with auto record and save options, and sometimes even allow you to control other smart devices.

With so many options out there to consider, we done the research to walk you through the best dash cameras that you can get right now.

The Garmin Dash Cam 56 is equipped with tons of handy features and offers top-notch quality for a reasonable price. With a field of view of 122 to 140 degrees, it combines a Clarity HDR feature to capture high contrast imagery day and night. In a very saturated market, the new Dash Cam 56 has an edge over its competitors with a unique set of attributes.

At 30 frames per second, the Dash Cam 56 can capture crisp 1440p HD shots. Like some of the advanced dash cameras around, it doesn’t generate false or irrelevant alarms that may drive you nuts. The camera provides forward collision, lane departure warnings, and more. Additionally, with voice-controlled functionalities, it enables you to focus more on the road ahead. You can capture amazing time-lapse recordings with the camera’s “Travelapse” feature and share them using the Garmin Drive app.

The Garmin Dash Cam 56 is solidly built and features a great design. Compared to its far more costly competitors, it has a lot to offer.

If you need an advanced dash cam that does everything for you and doesn’t feature a screen to keep you distracted while driving, the Thinkware U1000 has got you covered. It can capture sharp and high-quality 4K videos with a wide lens, with a viewing angle of 150 degrees.

The U1000 comes equipped with built-in WiFi and GPS which adds location and speed information to all of your recorded data. Additionally, you can purchase an optional rear camera and attach it to the main unit, which allows you to shoot excellent 2K resolution footage at 30 frames per second of what’s happening behind your vehicle.

Also, the camera provides high-quality footage during day and night with its enhanced night vision and broad dynamic range. Although the U1000 is a rather expensive dash cam, you get tons of features and great value for the price.

The BlackVue DR900S-2CH is another state-of-the-art dash cam offering top-quality footage with its eight-megapixel CMOS sensor (unlike many with only two or four-megapixel image sensors), which records 4K resolution videos. With a 256GB microSD packed inside, the camera allows you to capture over 14 hours of high-quality imagery.

When its SD card gets full, the DR900S-2CH starts recording over the old footage using its loop recording feature. The 2CH indicates that it supports dual-channel recording as it uses Sony’s two-megapixel rear sensor to capture videos with 1080p resolution.

Like some of the best dash cameras on the market, the DR900S-2CH also includes parking mode features such as motion and impact detection. However, what separates this dash camera from others is its integration with the BlackVue Cloud and app which makes use of the dash cam’s WiFi. If your vehicle gets stolen, it also helps you track it down using the GPS.

The Vantrue N2 Pro comes packed with tons of features but without a massive price tag. It can shoot 1440p footage with great quality. With a 170-degree viewing angle, its front lens boasts an amazing f/1.8 aperture and is made up of six glass elements, meaning you get wonderful footage in low-light conditions.

Its second lens with an aperture of f/2, combined with Sony’s outstanding IMX323 sensor and supported by four IR LEDs, helps improve shadowy imagery. A built-in microphone is also included to record the sound.

Loop recording is available and as the G-sensor technology detects a collision, the footage is automatically saved to the SD card. However, to get the speed and location data with the videos, you will have to buy an optional GPS mount.

Parking mode activates the auto-record option as it senses any movement. The N2 Pro either relies on an external power source or hardwiring to your vehicle’s fuse box is needed to keep it powered up.

The Garmin Dash Cam Mini is a key-sized gadget which is available at a very affordable price. It can capture 1080p footage and has a viewing angle of 140 degrees.

It can be easily fixed behind your vehicle’s windshield. Once the camera is hardwired to the car and you turn on the ignition switch, it will boot up and start recording if it detects any sort of collision. It also stays alert while your car is parked and switches on to the recording option if an intruder tries to break in.

Although it lacks the display and the internal battery, it’s a compact and easy-to-use dash camera with a lot of features. A WiFi connection is also included which helps connect it to your phone via the Garmin Drive app where you can download and save the recorded videos.

Like many gadgets, it’s tough to make an informed decision when you’re looking for a dash camera. There are a lot of reputable options that offer great quality videos and a lot of safety features at a very affordable price. We hope you will be able to find the best one for your needs after checking our list of the best dash cameras.