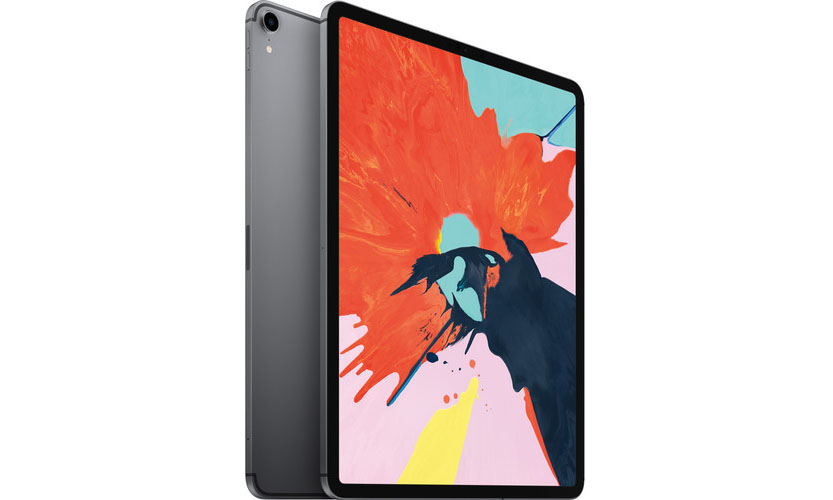 Apple has become a strong competitor in the technology market. From its smartphones to laptops, the logo is recognizable worldwide. As of late, the tablets have been crowned as some of the best.

Recently, Apple released the iPad Pro 12.9 which has a large display and a slim design that has many tablet enthusiasts turning heads. Not only is the model attractive but its hardware and software have been enhanced.

The Pro in iPad Pro might be short for “professional” but it can be used for different reasons: from playing games, creating content, or working on different documents. As you can see, the qualities are endless but let’s go beyond the surface and see what this iPad is really about.

The iPad Pro 12.9 is one of the largest tablets in the Apple collection, but it does not take the title for being the biggest on the market – that goes to the Samsung Galaxy tablets. Regardless, it is still larger due to its incredible display.

Its body measures 11 x 8 inches with its width being less than one inch – thinner than most smartphones. When holding it, the iPad Pro just feels like a thin sheet of metal – some might like it while others might think it is too fragile. The device has rounded edges and minimal design giving it a sleek look.

As mentioned, the iPad Pro is thin for being a tablet but still has some heft to it. For the WiFi model, it weighs a pound while the cellular version is almost a pound and a half. Nothing grand, but for a tablet, it is on the heavier side. Regardless, it has a nice feel to it as the weight and thin design slide right into your hands.

When holding it vertically, you will find a large speaker and power button at the top while the bottom has another collection of speakers and a USB port. The right side has the two volume buttons, a magnet to hold an Apple pencil, and a SIM port. The left just has the microphone perforation.

On the back, there’s the camera and even though it does stick out a bit, it is nothing drastic and hardly noticeable allowing it to keep the flat design smooth.

The display itself is one of the main features of the iPad Pro. It is the biggest display in all Apple devices and makes it the perfect tablet to do all sorts of activities from working on documents to creating sketches.

Besides its incredible size, the screen has Apple’s new Liquid Retina display which is the same as the iPhone XR. This LCD is almost as sharp and colorful as the OLED display but one of its setbacks is in the black reproduction. Also, the pixel density in the iPad Pro is lower than in any iPhone but since you won’t necessarily hold the iPad as close to your face, the quality will still be fine.

One of the strongest and best features the display has is the True Tone which adjusts the screen’s lighting and white balance depending on your environment. With that, you won’t have to constantly work with the screen settings or brightness.

With all the greatness the iPad Pro 12.9 possesses, one major setback is the battery life. Apple has been known to have some weak batteries in its iPhones but when it comes to a device that is meant for productivity, it can be a bit disappointing. In the tablet, there is a 9720mAh battery which is pretty small for such a big tablet.

The battery also does not recharge as fast. If you are charging it from empty to full battery, it could take about two hours and a half hours which definitely is not ideal.

The iPad Pro 12.9’s camera is not raved about because it is not one of its strongest features, but you can still capture a good image here and there. The rear camera shoots 12-megapixel images at f/1.8. It also has a 5x zoom, timer, and panorama mode. The camera is not the greatest and again, the tablet is not advertised for its camera, but it will still do the job.

The front camera is a TrueDepth camera that shoots 7-megapixel images at f/2.2. Again, not the best camera but for video calls or quick shots, you can’t go wrong with it. The iPad also has a portrait mode which is an interesting feature that most of Apple’s newer iPhones have as well. You can work with different f-stops and features within the portrait mode like stage or studio lighting.

The iPad Pro 12.9 is a device that is hard to compete with when it comes to tablets. Aside from its sleek design, the hardware is beyond this world. You can do all types of tasks with the tablet which is why many invest in it.

Now with the features the tablet has, the price can be steep for a few. It is sold in the same range as the MacBooks. An alternative is the Microsoft Surface Pro 6. It’s not iPad Pro 12.9 but still does the job.

With the good and the bad, the iPad Pro 12.9 still remains top-tier against its competitors. Just like the model prior, the iPad Pro 11, its newer version is not only better but also bigger. But this can be subjective to being a bad thing – to each their own. The large screen and fast processor make the iPad Pro 12.9 a great tablet to work on various tasks.

Though, with its greatness, there comes a price and a high one. This tablet is not cheap, which is not surprising with all its qualities so if you are looking to invest, you won’t be disappointed with this iPad.

8
Score
Apple has constantly given its consumers top-notch devices whether it be laptops, smartphones, or tablets. With its latest tablet model, it has amped up expectations for its competitors. The iPad Pro 12.9 has impressed many simply with its design that consistents of a large screen and sleek design. Not only does it look amazing but its performance also goes above and beyond.