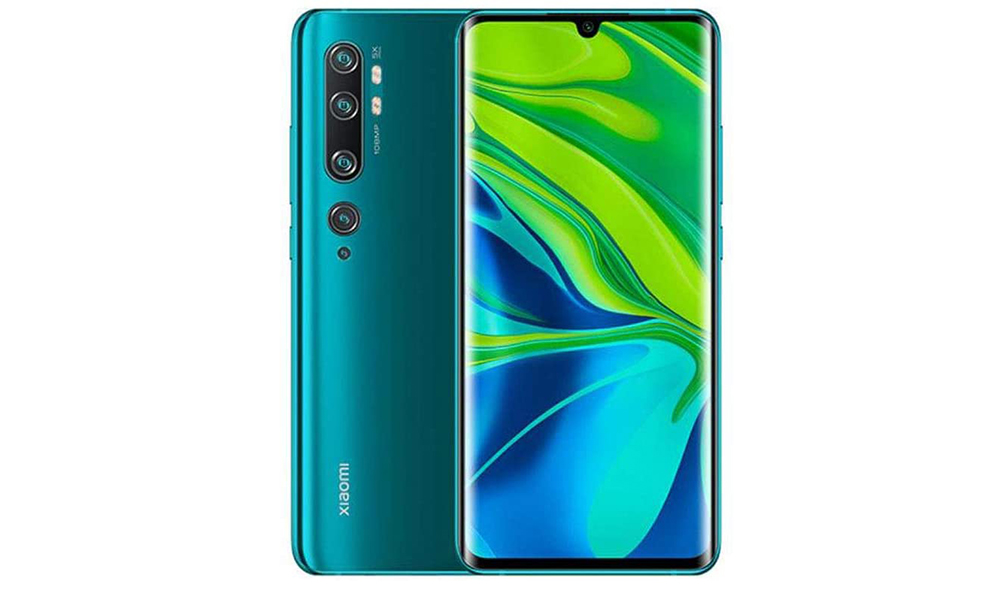 The world is slowly sitting up and taking notice of newer phone brands. And as one brand that has consistently sold affordable devices, Xiaomi is gradually inching its way out of obscurity. One of the latest additions to the Chinese manufacturer’s catalog is the world’s best mid-range snapper, the Xiaomi Mi Note 10.

As you probably can already tell, the highlight of the Mi Note 10 is its camera. It has one of the best smartphone cameras available, and pictures taken on this phone are comparable to those taken with some higher-end digital cameras. However, while the camera is an unexpected treat, that’s not the only feature worth talking about.

At 6.47 inches long, the Xiaomi Mi Note 10 falls between being small enough to hold and too big to handle. Its edges are rounded, making it easier to hold. The phone measures 157.8 x 74.2 x 9.7mm, so it is rather thick. This thickness is reflected in its weight: 208g.

Around the bottom edge sits a standard USB-C port and a 3.5mm headphone jack. You don’t have to use Bluetooth with this one. The hardware is all set up. You’ve also got a power button and volume button stationed on the right side. Both are within easy reach for most people.

While the phone has a somewhat smooth aesthetic, the rear camera bump ruins it. The lump is large, so its edges protrude from the phone. Because of this, it’s easy to get scuffed and scratched. Users will have to take care of the back so that bump doesn’t become overly marked.

The Xiaomi Mi Note 10 uses an AMOLED panel for a screen. The screen resolution is 1080 x 2340. Though AMOLED screens are usually pretty good, it’s not often that you see this level of screen quality on a mid-tier phone. The contrast between colors is excellent, and at full brightness, the Mi Note 10 can reach up to 437 nits. However, when you activate auto-brightness in a brightly-lit place, the phone’s brightness can reach nearly 600 nits.

The back and front are made from Gorilla Glass 5, so it is pretty scratch resistant. When the phone is switched on, it has a bluish-white tint. This can easily be solved by changing the three-color saturations.

Most of this phone’s weight comes from its battery, so it’d have been disappointing if the battery wasn’t a high-capacity one. No reason to worry, though. The Mi Note 10’s battery capacity is 5260 mAh, much larger than any of Xiaomi’s previous devices.

The phone comes with a 30W charger that has fast-charge. Using the factory-made charger, a dead Mi Note 10 can be brought up to 50 percent charge in about half an hour. If you’re set on this phone, ensure you hold on to that charger because it’s the only one that can activate the fast-charge feature. It would take hours on end to charge a dead Mi Note 10 to full battery with another charger.

It is worthy of note, though, that just browsing the internet or leaving your Xiaomi Mi Note 10 in standby mode drains more battery than even video-watching. This is a problem, but a fix is possible within the next software update.

The phone houses a RAM of 6GB, and its internal storage is 128GB. Of course, you can upgrade to the Pro version, which has 8GB of RAM and 256GB internal storage. It may be because of the relatively high internal storage, but Xiaomi did not add a microSD card to this phone.

The fingerprint sensor works great, with few rejections due to wet or dirty hands. Proximity sensors also work pretty well. Though the phone doesn’t have the double-tap to wake feature, it wakes up as soon as you grab it. Cool!

The Xiaomi Mi Note 10 boots the MIUI 11 straight out of the box. This OS was built around Android 9 (Pie). There’s no app drawer, so your apps have to sit on, to the left, or to the right of the home screen. It also has Dark Mode that works well to conserve battery life.

The MIUI 11 allows you to take your pick of many themes. It also supports nature alarm sounds and notifications. However, some apps do have ads coming in periodically. Xiaomi does this to subsidize costs for buyers.

Now, on to the main selling point – the camera. The Xiaomi Mi Note 10’s camera is a Penta setup with three cameras within the big bump at the back and two below it. There’s also one selfie camera in front installed at the top of the phone in a teardrop notch.

The five-camera setup allows you to choose between the different lenses, without having to attach smartphone lenses. The standard lens has a 108MP sensor. The Mi Note 10 is the first phone to have such a large sensor (it comes in at 1/1.33 inches), apart from Samsung.

The next lens is a 12MP 2x telephoto lens. After that, you have the lens that Xiaomi advertises as a 5x optical telephoto lens. Then, you get an ultra-wide lens and a macro lens.

The Mi Note 10’s image quality is excellent, but it’s far better in bright lighting conditions than in low-light conditions.

The Mi Note 10 has a row of speakers at its bottom. Its max volume is pretty high, but the speakers don’t emphasize the bass. However, that doesn’t mean that the headphones jack doesn’t work well. The volume transitions well from speaker to headphone with equal loudness.

There was a bit of distortion but nothing too jarring.

How Does the Xiaomi Mi Note 10 Compare?

Xiaomi doesn’t release mid-range phones too often. So, when it does, obviously, we’re going to compare. The Xiaomi Mi CC9 Pro was released around the same time as the Xiaomi Mi Note 10, so their specs are pretty much the same. However, there are still some differences.

Xiaomi Is Stealing the Limelight

However, there are still many glitches within its devices. But, instead of making new phones, we feel that Xiaomi should focus on making their existing devices better.

8
Score
The Xiaomi Mi Note 10 is a mid-range phone with several high-end features. However, it’s not perfect. It has those fantastic cameras, except the third one is not a 5x optical camera, as claimed. The battery is massive, but standby and web usage are a huge drag. It's not a perfect phone but a good attempt.