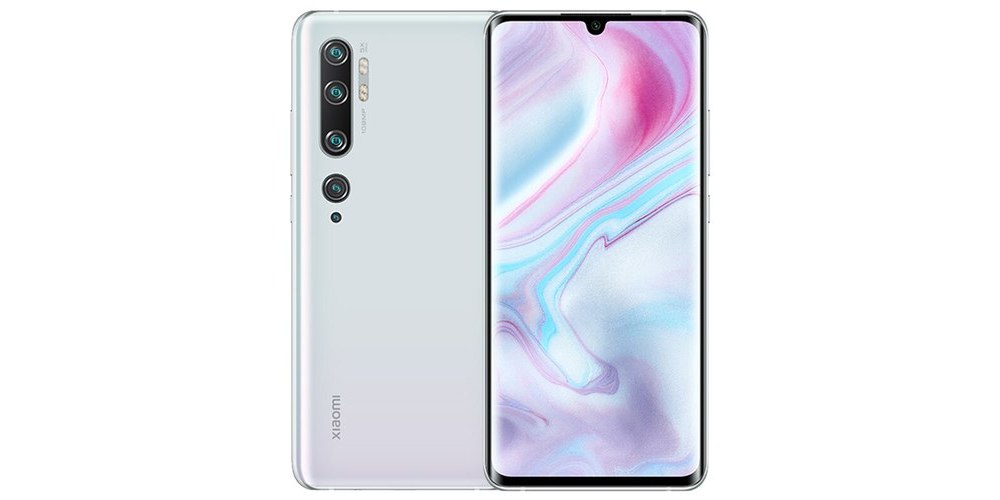 Excitement is always in the air when Xiaomi announces a new product. The Xiaomi Mi CC9 Pro is exactly what you would expect from an Android Pie smartphone, right down to the large screen. Against the big players in the industry, the Xiaomi Mi CC9 Pro has a lot of ground to cover. The specifications are on point, but what can this phone actually do?

The design of the Xiaomi Mi CC9 Pro is the same as the Xiaomi Mi Note 10, since they’re the exact same phones. There aren’t any standouts with the design, right down to the color options of Glacier White, Aurora Green, or Midnight Black.

The best part about the design is the lack of a fingerprint sensor or buttons on the back. Xiaomi opted for a clean, slick look to the back, and it works just fine for aesthetics.

Xiaomi avoided making the phone look like something out of a bad science fiction novel by correctly arranging the Penta camera lens on the back. It’s all lined up on the backside of the phone, parallel to the quad LED flash. The real beauty of the phone is the front, which is all business without any buttons or extra distractions.

With a large HD 6.47-inch display, the 1080×2340 resolution stands out. It is enhanced by a design that doesn’t clutter the front of the phone with useless junk. The screen is protected by Gorilla Glass 5, with an impressive 87.8 percent screen to body ratio.

Pictures look great on the screen, and thumbnails are easy to identify. Videos and games look great in full motion, taking full advantage of HDR10 technology. The crispness of the screen won’t blow you away, but it’s nice in different lighting conditions.

If you own a smartphone from the previous generation, the bump up in quality is considered average. There are even some top-tier phones from two or three years ago that match or exceed what the Xiaomi Mi CC9 Pro offers. The strength of this model is its size, screen-to-body ratio, and HDR10 support.

Large screen phones aren’t exactly stalwarts when it comes to durability. In this particular instance, the beautiful ‘screen heavy’ design of the Xiaomi Mi CC9 Pro becomes its biggest downfall.

Some phones let you get away with a simple screen protector to keep the phone safe. This is not the case with the Xiaomi Mi CC9 Pro, which is going to need a full-body suit to keep it from breaking in half.

That of course creates another issue with durability – the Xiaomi Mi CC9 Pro is a quality product, but it doesn’t come from one of the big dog companies. That means waiting a while for your preferred smartphone protector, and that is with the assumption they’ve handled Xiaomi products before.

With such a low screen-to-body ratio and barely any sides to protect the screen, normal drops can be disastrous to the health of the phone. Users that want proof of what happens to large screens on similar phones can research the thousands of shattered LG V30+ models. There are plenty of full-body protectors available for the Xiaomi Mi CC9 Pro, but you may not get the brand or style you want.

On paper, the Xiaomi Mi CC9 Pro is beastly as a smartphone or even as a full tablet replacement. Using a Snapdragon 730G, its octa-core setup pairs well with a modest Adreno 618 GPU.

The hardware is strong, but it is suited more for multitasking, media playback, light gaming, and media creation. A slight bump up in the GPU or CPU (2.2 GHZ/1.8 GHZ) would have really changed how well the phone performs with heavier tasks. It’s no slouch, but when going head-to-head with similar phones, it isn’t a standout.

And with that said, there are a few things that are confusing about the Xiaomi Mi CC9 Pro. The global version of this model is the Xiaomi Mi Note 10, and the likelier candidate for most purchasers. Network bands and different hardware features are the main reasons buyers choose international models over global versions.

Unfortunately, there is no difference between the Xiaomi Mi CC9 Pro or the Xiaomi Mi Note 10. If you want the CDMA band, it is available without on the international version – but that is a very specific scenario that won’t apply to most users.

In fact, the international version is priced lower than the global version. It’s a really weird setup and may confuse potential buyers. When you look at how similar the Xiaomi Mi Note 10 is, the entire lineup gets even more confusing with the price.

For almost a fourth of an increase in price, buyers get the same phone but with an extra bit of ram. Both the Xiaomi Mi CC9 Pro and the Mi 10 models have the option of purchasing the upgraded versions, which put them on the same spec sheet as the Xiaomi Mi 10 Pro.

As a comparison, the Samsung Galaxy S7 had different hardware setups for its global and international versions. They were similar in some base specifications, but the phones had completely different CPUs.

Buyers had to make an actual decision between two different phones based on their own personal needs. With this current lineup from Xiaomi, it is the same phone with a different coat of paint.

There are no complaints here. You will have a hard time finding a better battery in the industry. It’s a non-removable setup, but that applies to a lot of modern smartphones.

The 5260 mAh battery uses 30W fast charging, with the possibility of reaching a full charge in 65 minutes. Hearing that is music to a lot of people’s ears, even if it sounds like marketing-speak.

Fast charging isn’t magic, yet Xiaomi managed to squeeze out more energy from USB-C than Sauron did using the Rings of Power. Unfortunately, they are using the older 1.0 protocol, so once again are behind the times.

For the most part, the marketing hype over the battery is true. The real test will be longevity and seeing how healthy it is after a few months.

If an iPhone 11 or Samsung Galaxy S10 is out of your price range, then look closely at what the Xiaomi Mi CC9 Pro is offering. They now have the most powerful camera in the smartphone industry, and it isn’t held back by bad software.

With an intelligently designed Penta camera setup on the back, you get one-of-a-kind photos and videos. The 5x zoom feature is well done and doesn’t get pixelated on close-ups.

Taking your first 27MP picture will show off the technological marvel known as pixel-binning. The Xiaomi Mi CC9 Pro is one of the few smartphones available that uses every bit of its powerful hardware to create new media.

Buyers that hate everything about the phone will still have a hard time disliking the camera and its media-taking abilities. The CPU, ample ram, storage, GPU, and camera all work together to create the best photo experience possible in the smartphone platform. And despite the resolution of the screen, the Xiaomi Mi CC9 Pro takes perfect 4K video at 30 FPS.

Audio is slightly above average with major points awarded for having a 3.5mm headphone jack. Including it is a lost art with smartphones and is considered as much a rarity as FM radio functions which are also included. Audio for the Xiaomi Mi CC9 Pro won’t win any awards for quality.

You get what you get with the audio, which is something that is familiar with any owners of previous Xiaomi smartphones. Call audio is great, but the media lacks bass. It isn’t as mind-blowing as the camera, but the audio gets a slight pass for keeping hard-to-find features in other modern smartphones.

How Does the Xiaomi Mi CC9 Pro Compare

Unlimited Power in a Shrinking Universe

If you own a Xiaomi Mi 9, it’s just not an attractive upgrade path. A higher resolution, better accessory support, and improved audio would have put the Xiaomi Mi CC9 Pro in a different category. But don’t overlook this model since it is still a fantastic deal.

8
Score
No other company cannibalizes their own lineup like Xiaomi. Their beefy phones always hit the technical scores, yet each iteration becomes less unique due to stagnant technology. With the Xiaomi Mi CC9 Pro, the company may have raced to the hardware finish line before everyone else got started.