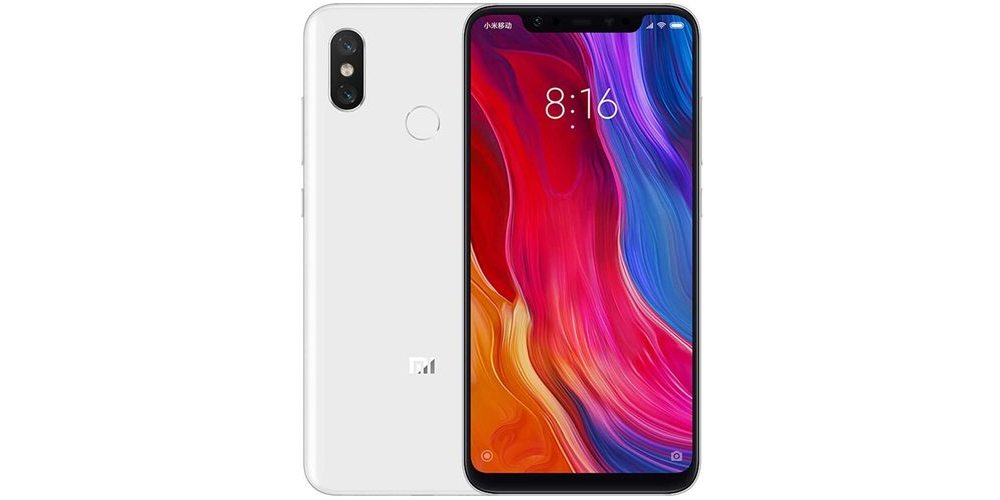 The first thing you will notice about the Xiaomi Mi 8 is its low price. It will take a while for the shock to wear off from witnessing a low-priced full-featured smartphone. Instead of gawking at what Xiaomi has been doing for years, take the time to look at what’s missing. Based on your specific needs, the Xiaomi Mi 8 may be the world’s first ‘build your own smartphone’.

The beautification of the Xiaomi Mi 8 design offers a sound cover for its lack of under the hood mechanics. Slim bezels highlight an upgraded screen from previous models, showcasing great colors and crisp movement in multiple environments. The Xiaomi Mi 8 is comfortable to hold, and the slimness of the phone fits well in larger pockets.

Overall, the screen to body ratio of 83.8 percent works out well, and the phone isn’t too big to force a weird negotiation with the fingerprint reader on the back. All of this sounds great, but is a minor distraction from the lack of color options, weight, and lack of water and dust resistance.

Using a Super AMOLED panel at 1080×2248, the Xiaomi Mi 8 is deceptively brilliant in all conditions. Support for HDR10 is solid, and all high-resolution videos look fantastic on the screen. If you play a lot of intensive games on your smartphone, then crank the graphics up and enjoy the show.

The screen is brilliant, and the only improvement they could have made is by bumping it up to 1440p. But as it stands, there is nothing wrong with 1080p. It looks great with all media, and does a good job handling whatever you throw at it.

Like all smartphones with closed off hardware options, durability is improved. It is harder to break something that has fewer moving parts. Yet there is still that nagging feeling that something is wrong. With no support for waterproofing, it opens up a brand new set of problems. For reference, even low tier pay-as-you-go phones have that built in. Dust and water issues can be resolved by getting a case, but that functions as another way to pass the cost onto the consumer.

Using a Snapdragon 845, the Xiaomi Mi 8 managed to snag one of Qualcomm’s best processors. It was used in a wide range of flagship devices from top brands in 2018 and beyond. Although it was superseded by the Snapdragon 855 not long after, the speed difference isn’t staggering enough to diminish the purchase. As a premiere Octa-core processor combined with an Adreno 630, you’d have to be a real power user to hit its limit. Included with it is 6GB of RAM, which isn’t too far off from the top phones on the market.

A great CPU and GPU combo is usually a drain on the battery. It seems the Xiaomi Mi 8 was built with gaming and media use in mind, and can handle long playthroughs. The 3400 Li-Pro mAh battery is great, and will be more than enough to get you through a day. The downside to this great battery is that it is nonremovable. That is a big blow to the features of this phone, and impacted the overall score.

Since this isn’t a Samsung or Apple phone, accessories that include battery extenders won’t be falling out of the sky. It will take a little bit of hunting to find a solar powered or battery extender case – and that is assuming that you even want one.

With the battery being non-removable, it pretty much sets the tone for other expandable options. There is no way to add a memory card, so users are stuck with choices ranging from 64-256GB of memory. All of the options come with 6GB of RAM, so they’re technically the same phone only with more storage. Unless you are putting out a phone that has unbelievable features, it is hard to justify locking down the hardware.

It’s also a strange choice since the ROM on the Xiaomi is much more mod friendly than other brands. This is a phone that was made for software expandability, but lacks any type of a hardware upgrade path.

Xiaomi spared no expense when creating the camera for the Mi 8. It is incredible, with a ridiculous 20MP front camera and 12MP back camera. Just looking at those stats, consumers can see exactly what market Xiaomi was aiming for. Taking selfies and front-facing videos has never been this smooth. And instead of a chopping frame rate, the hardware for the Xiaomi Mi 8 keeps the frames consistent. The powerful camera isn’t just for show, and it actually does the job correctly.

There is no 3.5mm jack, so no traditional headphones allowed. That hurts the score a bit, but it is quickly forgotten when you make a phone call. The mic quality is great, and not just by Xiaomi standards. Usually smartphones that are this media rich forget to put work into the actual phone functions. The Xiaomi Mi 8 handles this well, and part of that is due to an improved antenna.

Loudspeaker quality is slightly above average, but lacks bass. It still maintains a high audio score for being loud and clear during phone calls or media streaming. You can watch an entire movie with the loudspeakers without getting irritated with the quality.

How Does the Xiaomi Mi 8 Compare?

Pitting the Xiaomi Mi 8 against the Samsung Galaxy S10, one of the best smartphones in the industry, isn’t as unbalanced as it seems. They are both the flagship phones of their respective brands, and it is an interesting way to see how close the features are with the price difference.

The Samsung Galaxy S10 is a beast, yet many of its benefits will never be appreciated by the average user. With this chart, you have the advantage of seeing if there is a standout from the S10 side that makes it worth the extra cash.

Is Xiaomi Able to Hang with the Big Boys?

Xiaomi is a lot like Huawei and is competing for that budget smartphone space. They are better than the budget smartphones from the big boys, but make noticeable sacrifices with build quality or features. This is more of a problem with the Xiaomi Mi 8 than a Huawei P30 Pro.

8
Score
The Xiaomi Mi 8 is a flagship phone with powerful hardware. When put head to head against the bigger flagship phones, it does a decent job of keeping up. Buyers who want a media rich phone that will last for years can't go wrong with the Xiaomi Mi 8. Even with the new model making waves, there is no reason to abandon something this modern.