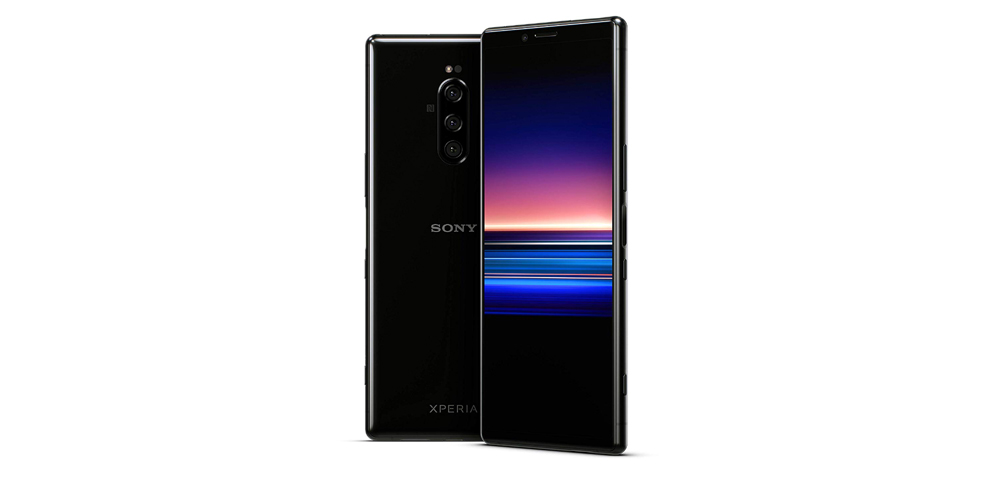 Sony remained a popular smartphone manufacturing brand for years, but gradually it fell behind the other competitors. It stood out in the market again when it introduced Xperia Z2 and Xperia Z3 models. However, the new Sony Xperia 1 doesn’t come with those conventional names and establishes a new flagship series of the Sony.

The difference can be clearly noticed as this is one of the tallest phones you will ever come across, with an aspect ratio of 21:9, which is extra wide compared to the 18:9 or 19:9 found on most of the top phones. The standard screen, however, is 16:9. This sizeable screen difference makes the Sony Xperia 1 a distinctive-looking phone.

Almost all of the high-end phones that are introduced recently have tried to maximize the screen space and came with a notch for the front-facing camera or a little punch-hole, but the Sony Xperia 1 totally has the different case; it has a tall screen.

The phone has a simple design overall. Its corners are rounded but it still looks slightly boxy like the past Xperia models. On the back it’s protected with glass and there is a vertical triple-camera setup in the upper middle.

Screen size is 6.5 inches and it’s narrower than the iPhone XS Max (also has a 6.5-inch screen) with a width of 2.83 inches. However, the phone is slightly wider than the Galaxy S10, which is 2.77 inches wide with a 6.1-inch screen. It means you won’t be able to reach the top of the phone without using your both hands.

The Sony Xperia 1 comes with a 128GB of internal storage and it also has a microSD card slot to boost the memory up to 512GB. Unlike every other phone today, you can pull out the SIM card/microSD using your fingers, which is quite interesting. You don’t need to insert the SIM ejector tool or pin for this purpose. The phone has water and dust resistant capabilities and a rating of IP65/IP68 for splashes and dirt.

Sony Xperia 1 in Use

The Sony Xperia 1 uses a Qualcomm’s Snapdragon 855 chip, which is seen in many top-end Android flagships launched in 2019 like the OnePlus 7 Pro and Galaxy S10. The processor is coupled with 6GB RAM and you won’t notice any hang-ups during heavy usage and multitasking. While playing the games at maximum settings, you will get an incredible gaming experience.

The screen on the phone is not only the tallest one, but it’s also the sharpest. Many high-end phones feature a Quad HD resolution, but the Sony Xperia 1 goes one step ahead by providing a 4K resolution on its OLED panel. It’s quite an amazing experience to carry a 4K panel in your pocket instead it hangs on your wall.

At 3840 x 1644 resolution, the Xperia 1 packs a whopping 643 pixels per inch. The phone is also equipped with Sony’s high-end TV technology that delivers you outstanding results on the screen.

These screen specs look great on the paper, but it’s not as bright as one should expect. Also, if we compare the 4K and Quad HD panels at this size of the screen, there won’t be any real perceptible difference in clarity. The Quad HD screen of the Galaxy S10 is brighter while the 90Hz refresh rate of the OnePlus 7 Pro offers an excellent viewing experience and it clearly wins over the Xperia in this department.

However, the super-tall display gives you a wider view while playing games on this phone, and browsing the web in portrait mode will let you see more information on the screen. It may prove to be an ideal screen for running two apps in split screen mode.

The phone packs a triple-camera setup, all three sensors with 12 megapixels. The main wide-angle lens has an aperture of f/1.6, telephoto for 2x zoom with f/2.4 of aperture, and an ultra-wide lens at f/2.4 for zoomed-out shots. The main sensor has a wider aperture and gives you the best images with great detail and vibrant colors.

In low light situations, you won’t get results on par with the Google Pixel 3, but it gets the job done. The telephoto lens gives amazing results when close to the subjects, while the ultra-wide lens adds some fisheye distortion if you capture a much wider view. Overall, the camera delivers good results.

The 4K video recording of the phone is very impressive. The footage looks vibrant and the video stabilization further improves the results. Sony’s Cinema Pro app is also on board, which lets you adjust the settings to capture the results you are looking for.

The 3,330mAh battery gives the phone enough juice to keep it running for the whole day with heavy usage, which is quite good keeping in mind the size and resolution of the phone. However, unlike many high-end phones, it doesn’t come with the option of wireless charging, but the USB-C fast charger fills the battery up to 50 percent in just 30 minutes, which is quite helpful.

How Does the Sony Xperia 1 Compare?

If we look at the specs of the Samsung Galaxy S10, it seems to be the direct competitor of the Sony Xperia 1. We have compared their features, which can be found below in more detail.

The most interesting feature of the Sony Xperia 1 is its 21:9 display with 4K resolution. It’s great for the people who watch a lot of movies and want the utmost detail. The camera and battery performance of the phone are good and it packs enough power to handle multitasking and heavy usage. However, it is not as feature-rich as its competitors are and feels overpriced as well.

7
Score
The Sony Xperia 1 is a luxurious phone with great design, powerful chipset, and an incredible display. It can give you an outstanding experience if you love to watch movies but there are some areas where it lags behind competitors.