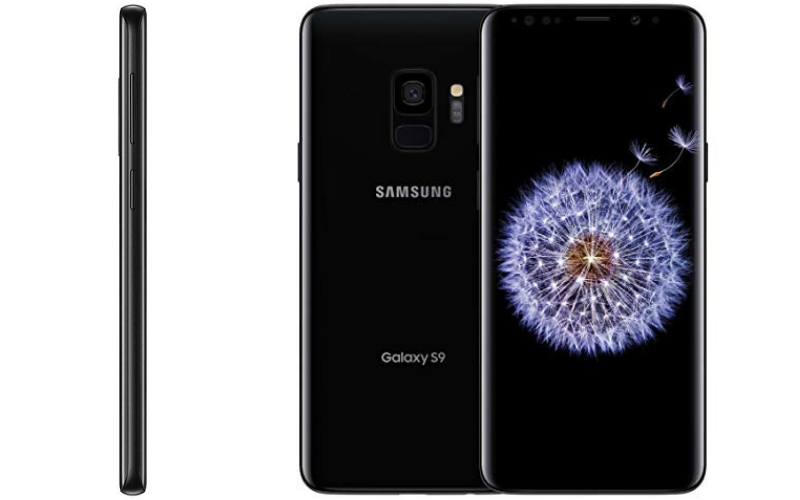 Samsung flagships have been getting a significant following recently. Hailed as a smartphone with arguably the best display, the new Galaxy S9 has made significant improvements to its camera as well. The new camera features and sensor adds a unique touch to the smartphone.

Rather than going with a fixed aperture lens, the Galaxy S9 and S9+ have the option of shifting between f/2.4 and f/1.5. This allows great shots during day and night. At bright mornings, it’ll take shots at f/2.4. The camera takes a shot at f/1.5 for night photography to capture more light. The single-sensor 12 MP camera has also adopted smarter intelligence for analyzing the photos and improving image quality.

The phone is designed with a glass back that gives it a smooth and premium feel while holding. The so-called ‘glass sandwich’ design has a polished metal casing running between it. This doesn’t take away the attractive qualities of the phone. They’ve trimmed the screen bezels and have bent panels giving it a futuristic look. A size of 5.8″ makes it a little uncomfortable for single-handed use.

The Galaxy S8 had a similar build as its successor. The smartphone industries’ obsession with making phones more pocket-friendly makes it a little bit dangerous while holding. The glass panel smartphone may be at risk of slipping from your hand if you aren’t careful. Fortunately, Samsung, as usual, has made the glass panel Gorilla Glass too. While this gives some level of durability, it won’t necessarily solve anything.

They’ve tried to improve the grip issue by refining the frames, and it does improve grip considerably. You can notice a more natural and firmer grip when picking up your phone off the table. But, the glass back will undoubtedly make it slippery. The home screen button is pressure sensitive and located below the screen. The fingerprint sensor is located behind right below the camera. This already makes it a handy option considering the previous versions had it placed next to the camera.

The screen is also protected by the new Corning Gorilla Glass 5. They seem to have not made any drastic changes with the screen compared to the S8. The slightly curved 5.8-inch phone packs a super AMOLED display, 16M colors and an appropriate resolution of 1440 x 2960 pixels. This makes it one of the finest smartphone displays on the market yet again. A notable difference from the S8 would be that they have added more brightness for the S9.

The screen also provides customization options. The ‘adaptive’ mode gives out a display where the colors are more saturated with a persistent blue hue. The ‘AMOLED’ cinema mode with DCI-P3 color gamut covering is much easier on the eyes. You can even customize colors yourself by playing with the RGB. This gives more options to your display other than the standard ones.

The camera of the Galaxy S9 shines brightly when used in moderately lit or brightly lit conditions. The clarity, sharpness, brightness and overall image quality are pretty much unmatched when compared to other smartphones. The auto mode changes the aperture according to lighting conditions. The aperture moves from f/2.4 to f/1.5 as the lighting conditions change. This can also be made manual by toggling to ‘pro’ settings. The low light images don’t show the best results; some of the images had a bit of noise to them. However, other high-end smartphones like the Google Pixel 2 and iPhone X show worse results in comparison.

There’s also a note of some shutter lag when the camera moves quickly between scenes. The autofocus and exposure take a while to recalibrate as it gets ready to take a picture. The weak low light results and shutter lag are minor cons when looking at the camera as a whole. Most of your shots will not be bad when taken with the phone. Even with digital zooming and high-contrast scenes, the shots can capture the details in each photo clearly.

The Samsung Galaxy S9 has Optical Image Stabilization to get those perfect shots of moving objects. For video capture, the phone also features digital video stabilization on videos captured at 30fps. The OIS adjusts the target image by controlling the path of an image through the lens and then onto the image sensor. Using other sensors and gyroscope, the OIS picks up the camera movement. After that, it begins to calculate how the lens must move to counteract the camera movement. Depending on the calculation, the camera lens moves up, down or sideways. All of this happens as the image or video is captured to reduce the blur generated because of movement.

The Samsung Galaxy S9 uses dual pixel phase detection autofocus to get steady images. Night photography isn’t very effective with the autofocus. You can use Tracking AF to track moving objects, but that only work for the rear camera. The rear camera does have the standard focus though. There’s also a selective focus feature that lets you create a bokeh effect after you take the shot.

The 3000mAh battery on the S9 and the 3500mAh battery on the s9+ suggest that the new phones made no significant changes concerning battery life. They tried to make up for the lack of a more powerful battery with a new 10nm chipset. The battery life is still pretty good with 11-12 hours of moderate usage. Samsung features quick charging feature so you can charge for less than an hour to get near full charge. If the battery life had improved a bit, this phone would easily beat its competition out of the park.

Comparison Between the Galaxy S9 and S9+

The Samsung Galaxy S9 is an all around good phone but is an even better camera phone. The new 12MP sensor with the much awaited Auto Mode offers much clearer images. It would’ve been better if users were allowed to go between f/1.5 and f/2.4 but that’s too much to ask. The photography is best with bright settings and moderately lit backgrounds. Low light and nightlife photography are possible but not as sharp. Other features like performance, display, and memory are all excellent with the battery being the only notable let down.

7
Score
The Galaxy S9 is a good camera smartphone and one of the best among the recently launched flagship phones. New features and more extensive settings give amateurs and professionals some level of comfort while using the phone. The auto enhances mode saves all the trouble of editing and fine-tuning the image for amateurs. The pro mode and selective focus gives more manual editing and setting options. The S9 and S9+ beat their competition in the camera department.