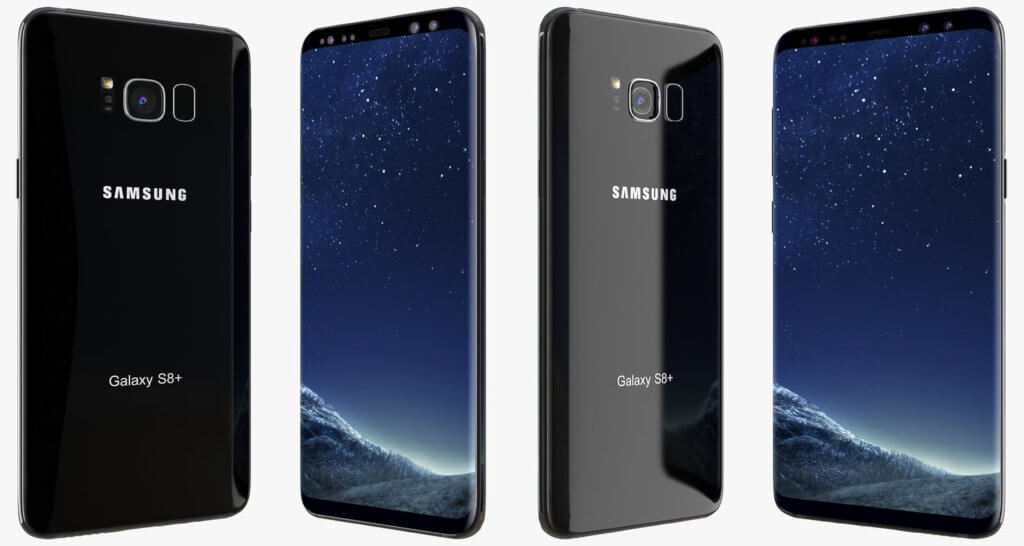 Samsung outdid themselves when they launched the Samsung Galaxy S8. Two years after its release date, the smartphone still remains as one of the best phones on the market. And now with its lower price point, the Galaxy S8 is definitely a phone you would want to look into if you are looking for something that has top-notch features and qualities.

The Galaxy S8 also started the trend of infinity screens that can be seen on many smartphones nowadays.

Just by looking at the Samsung Galaxy S8, it looks like something from the future. This is one smartphone that designed the infinity screen properly as it goes to each edge. The glass curves down on both sides which then became the go-to look for many of Samsung’s new models.

The screen measures 5.8 inches, a few inches smaller than the S8+ which is 6.2 inches. Both phones have the same design, with the exception of display size. So if you’re not a fan of large smartphones, it is best to stick to the S8. Compared to the older Samsung model, the S7, you get much more screen space with the S8 and it still is lightweight and compact.

Aside from its impressive screen, the smartphone tends to smudge easily which isn’t much of a deal-breaker. If you decide on the midnight black version, the smudges will be more visible than the lighter colors of orchid grey or arctic silver.

Most of the buttons are placed in a convenient spot as there have been keys that have been both removed and added. The only annoyance that might consistently occur is the Bixby button on the left side of the handset. Since its place right under the volume rocker, it can easily be pressed causing the Bixby information screen to pop up. The right side is where the power button is, which was a great move from Samsung to keep it separate. Although, it’s the only button on the right side so another button could have been placed there – like the finger sensor.

You will find the finger sensor right next to the camera which isn’t the best location since it tends to smear the rear camera lens. The sensor is quite small so it can be easy to miss leading users to constantly mark their camera lens. Having the sensor around the camera isn’t terrible but the placement would have been more convenient if it had been under the lens. This habit will just take some getting used to.

If the finger sensor continues to bother you, Samsung has different options for you. There is iris scanning, which is a faster way to unlock your phone and also works in the dark but not in direct sunlight. You’ll just need to have you eyes completely open. A slower but alternative is facial recognition. This doesn’t work in the dark though and can take some time in direct sunlight.

Whether its a TV or a smartphone, Samsung always delivers when it comes to visual quality. The camera for the S8 can be considered as one of the best smartphone cameras. It has the ability to capture exactly what the eyes see as it takes in the perfect amount of sharpness, light, and color.

The rear camera has a resolution of 12MP while the front camera has been upgraded with a resolution of 8MP. Both work great in low light as well, which will leave you impressed as it captures photos better than in real life. You can expect a bit of noise with each shot but it has improved greatly from its older model, the Galaxy S7.

There were high expectations when it came to the Galaxy S8 battery life and it didn’t fail the test. The smartphone has a 3,000mAh battery which could have potentially been larger if it weren’t for the fires and explosions that occurred with the Galaxy Note 7.

Along with its long battery life, the S8 charges quick and wirelessly if you want to. Also, Samsung allows you to monitor the lifespan of your battery through different systems.

The Samsung Galaxy S8 can easily last you all day, with some battery to spare. And this is considering that you are using it like you would on an everyday basis. The battery life was a prominent feature so you can depend on Samsung to fulfill your expectations.

How Does the Samsung Galaxy S8 Compare?

The Samsung Galaxy S8 was created and shined above its Android competition, even the iPhone 8 and iPhone 8 Plus. The design of the phone is beautiful and sleek, which can be given credited to the proper infinity screen. But aside from its looks, the S8 has incredible qualities and features and for the price, you can’t go wrong.

9
Score
Two years after its release date, the Samsung Galaxy S8 still shines over other Androids. With high-quality design and an affordable price, you simply cannot go wrong with this smartphone.