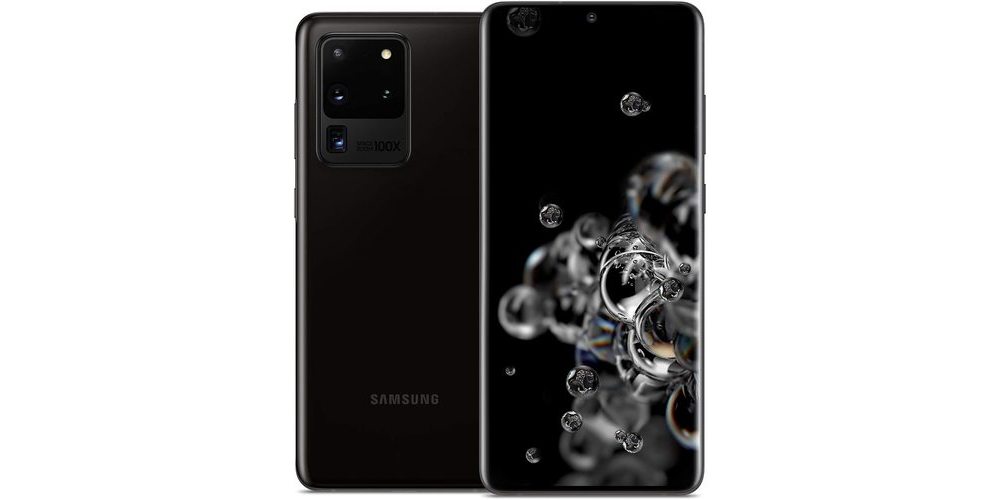 Samsung goes head to head with Apple every year, and it is always a fun battle. Both companies put their all into flagship devices, making them the top choice by millions of consumers. Even the Samsung Galaxy S8 gets love as an older, but very reliable smartphone.

The Samsung Galaxy S20 Ultra is the newest member of the family, and it’s gorgeous. Instead of toeing the line between smartphone and phablet, Samsung has completely smashed it to pieces. Whether this hurts or helps the sale of the new model is anyone’s guess, but it is still interesting to watch.

Plenty of smartphone makers are going all out with their cameras. The hump on the back is becoming a normal thing, and usually points to some good hardware.

One of the first things you will notice about the Samsung Galaxy S20 Ultra is the design. It looks like a modern masterpiece and is big enough to hang on your wall. Putting a case on this smartphone is a painful experience, and covers up what amounts to a good percentage of its appeal.

To keep things simple, the ultimate version of Samsung’s flagship comes in black or gray. That is disappointing, especially when lower-tier models have more color choices.

The display of the Samsung Galaxy S20 Ultra is the most controversial of any modern smartphone. This thing is huge – so huge, that even consumers with large hands will have trouble using it with one hand.

This is problematic for multiple reasons and will change how you use a smartphone. At a whopping 6.9 inches, the S20 Ultra is about the same size as a regular tablet. With the Galaxy Note 20 coming out soon, it can lead to a record-breaking phone size.

If you’re able to get past the gargantuan screen size, the Samsung Galaxy S20 Ultra has the most impressive display in the industry. It’s intentional that the 1440×3200 pixel screen looks better than a lot of televisions in your home.

The 511 ppi density is incredible, and a not-so-bad 89.9 percent screen to body ratio is worth bragging about. It is a perfect screen, complete with a 120 HZ FHD refresh rate. Whether gaming, looking at pictures, or watching media, the Samsung Galaxy S20 Ultra is equipped to do it well.

When the highlight of a product is the touchscreen, durability gets a little tricky. Using Corning Gorilla Glass 6, the Samsung Galaxy S20 Ultra is equipped to handle daily wear and tear. It is resistant to scratches, drops and general misuse.

This protection extends to other parts of the phone like the camera and edges. The edge is still the weak point of the device when dropped. This is a bit disappointing considering how well the recent iPhones were built.

The S20 Ultra is durable enough, and with careful hands can be used without a case. Going bare with a smartphone is the dream, but it’s becoming more difficult the more complex the screens get.

You can’t look at a new Samsung without discussing how incredible the hardware is. Using an updated octa-core processor with a powerful graphics chip, this is the most efficient CPU+GPU combination on the market. Running benchmarks from the phone and comparing it to other models shows massive improvements in all areas, especially responsiveness.

The differences between the U.S. and International versions are not noticeable, and this is one of the few times that no model gets the short end of the stick. The Snapdragon 865 and Exynos 990 are equal in their performance across the board. While things get a little bit more complicated when comparing the two GPU’s (Adreno 650 vs. Mali-G77 MP11), it is still close enough to where you won’t feel slighted.

The only storage options are 128/256/512GB, but that is helped by the inclusion of a microSDXC slot. In an industry where the big and little players are shunning expandability, this was a surprising feature. With the massive 12GB of RAM soldered onto the motherboard, it creates an interesting combo for testing. There is a 16GB RAM version out in the wild if you go with 512GB of storage.

Up to this point, the Samsung S20 Ultra is the only phone that makes sense to run a virtual machine.

All of the battery life features you’d expect from the Samsung Galaxy S20 Ultra are ready out of the box: a large battery, fast charging, reverse charging, and wireless charging.

They stuck with the non-removable battery format, but at this point, it is an expectation of every smartphone manufacturer. With all of the hardware improvements with this version, it would take a miracle to make it an efficient battery.

Screens that are the size of tablets and contain hardware that rivals a computer are guaranteed to suck up a lot of battery. Because of this, the battery is average if you want the full performance of the phone.

You can change from 120 HZ to 60 HZ to save battery power, but then what would be the point of getting a Samsung S20 Ultra? Both Android 10 and Samsung’s One UI 2 handle the battery well, or at least well enough to last a full day with conservative use.

With all of the fuss about the camera on the new iPhone, it makes sense that consumers are expecting a lot from the new Samsung models. The best way to understand the camera of the Samsung Galaxy S20 Ultra is to look past the hardware.

Yes, the S20 Ultra crushes the competition with a 108 MP main camera on its quad setup. And the additional 3×3 pixel binning has a similar setup to the iPhone 11 Pro’s camera. The entire setup of this Samsung camera is a bit of a Frankenstein, but it works.

The biggest talk of the town is going to be the software driving this beast of a camera setup. Users that plan on extensively using the camera for video or photos will want to download third-party apps.

In this manner, the Samsung Galaxy S20 Ultra lags behind even the previous generation of iPhone in delivering a great camera experience. The biggest problems are related to the autofocus, lighting, and truly underwhelming night shots.

Since the majority of consumers are not tech blessed, it is unlikely that they’ll go through the trouble of downloading new software or customizing the camera to meet its full potential.

On a more upbeat note, this is the best phone in the industry for 8K video.

Galaxy buds are underrated for what they provide. Not all Samsung Galaxy S20 Ultra variants come with galaxy buds, but they are well worth the extra price. Streaming audio with Bluetooth 5.0 is seamless, and the inclusion of Dolby Atmos compatibility puts it a hair above similar smartphones.

The lack of a headphone jack is irritating, and there is no USB-C adapter included in the package. Thek base model includes AKG earphones, but they are the most basic of the basic you can get for sound.

Call quality is solid, and there are no weird quirks with dropped calls. Both calls and music played from the speakers sound nice, with a surprising amount of heft added to the bass.

Recording audio from video recordings is crisp, and surprisingly accurate when taking HD videos. Even with the good speaker quality, the best way to enjoy the Galaxy S20 Ultra is with the addition of high-tier earphones. Prepare to pony up if you want something better than Galaxy buds, because the alternatives are not cheap.

How Does the Samsung Galaxy S20 Ultra Compare?

This is one of those times where Apple gives Samsung the business. It is a bit jarring to see until you realize it is like comparing a car to an SUV. The iPhone 11 Pro is a premiere smartphone, while the Samsung Galaxy S20 Ultra is so much more. Your personal preferences will determine which one of these devices works best for daily use.

There is such a thing as ‘too much phone’, and the Samsung Galaxy S20 Ultra may be it. The other side of the argument is that it is what a smartphone should be.

Tablets outside of iPads still haven’t found their niche, and Android tablets sold from retailers have included SIM card slots for years. If Samsung plays its cards right, the Samsung Galaxy S20 Ultra may lead to the retirement of all android tablets. This is an innovation that consumers need, it just happens to be a few years earlier.

9
Score
The Samsung Galaxy S20 Ultra is an investment, so there are no half measures when purchasing. You can go for a different tier in the Galaxy series if the features mentioned don’t line up with your budget.