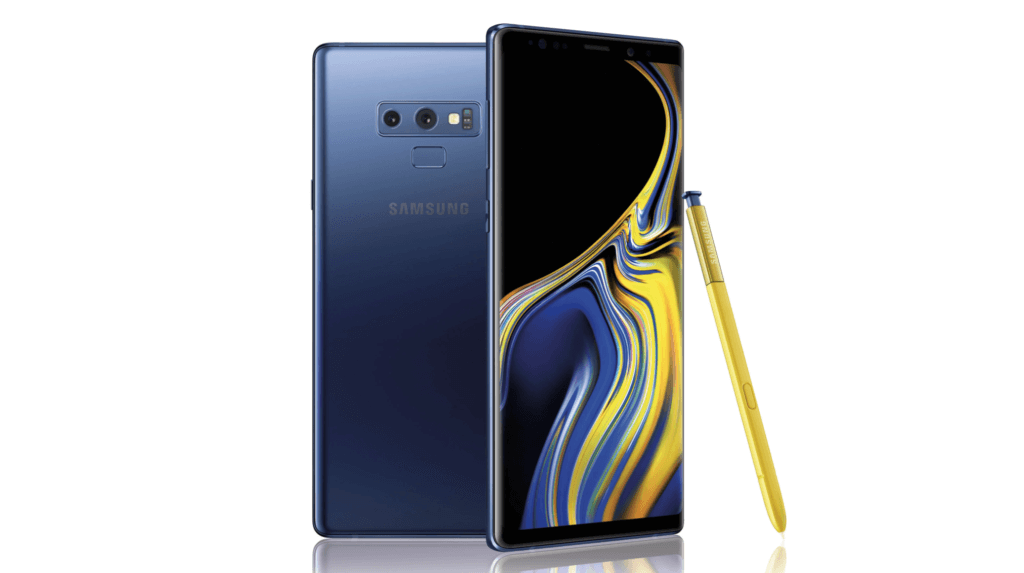 The Samsung Galaxy Note collection never fails to impress its consumers. Starting back to when the collection began, it was a trendsetter where it was the first smartphone to have such a large display screen, have a multi-window software where two apps run at the same time, and the first to have a curved-edge screen. Nowadays, you can see many other companies looking at this collection for inspiration but that does not intimidate Samsung from always stepping up when it comes to new releases.

With the Samsung Galaxy Note 9, there is no other phone that can compare. From its size to its features, it definitely is one-of-a-kind. But just because it is so unique, does not mean that every part of it is perfect. Here is a breakdown of what the new Samsung Galaxy Note 9 has to offer along with its setbacks.

The Samsung Galaxy Note 9 is no different to the Note 8, physically. Samsung decided to keep the design similar to the prior phone with a curved front and a modern metal rim. Although the Note 9’s competition have similar exteriors, Samsung has built their smartphone to perfection which can be felt when in your hand.

The smartphone continues to have a glass back which allows it to be charged wirelessly, something iconic to the Galaxy collection. It also kept popular and favorable features like the IP68 water-resistance rating and large storage.

The Note 8 and the Note 9 have the same design structure but one of the best improvements Samsung has done was move the finger sensor this time around. It used to be next to the camera lens but now, it is beneath it – making it easier to unlock the phone without smudging the lens.

What you must know about Note 9 is how hefty it is. With so many smartphones coming out, weight does play an important role since you will be bringing it with you everywhere. Note 9 has a lot of incredible features but when it comes to using it, it can be uncomfortable. Not only due to its weight but the structure. The rim is sharp, which can disturb your hands if held for too long.

Talking about buttons, the Bixby button has caused a few annoyances due to its placement. Right by the volume key, the Bixby button is in a sensitive area the might activate it when you don’t want it to. You will just need to be careful when holding it or taking it out any pockets.

The smartphone also smudges easily, on both sides. This isn’t necessarily an issue but if it is a pet peeve then you will be bothered all the time as you constantly clean off the marks.

Something that made eyebrows raise was the color selection of the Note 9. Samsung usually keeps it simple when it comes to the colors but not this time around. You can grab a blue, purple, copper-hue, or standard black phone. To add to the pop of color, you can get a yellow S Pen. Talk about adding color to the business world.

Samsung is notorious for its incredible smartphone screens. The Note 9 has a 2960 x 1440 panel along with curved edges, that adds an ‘Infinity’ effect, and support for HDR content. Instead of an LCD panel, it has an OLED. This allows all visuals to have rich colors when you are viewing them on the phone. Note 9 is one of the leading smartphones of this year with the largest sRGB color gamut, which reproduces 224 percent.

This time around, Samsung also added artificial intelligence to the camera’s software which makes it completely different from other Samsung phones. With this features, the Note 9 is able to recognize 20 scenes ranging from snow to backlit subjects. Additionally, it adjusts camera settings, like white balance and saturation, on its own so you won’t have to do it manually. And of course, we can always turn off the Scene Optimizer if you prefer to take photos without the feature interfering. But if you happen to do this, just know that the Scene Optimizer does make almost every photo look better as it increases the contrast and saturation.

Along with the artificial intelligence camera comes the Flaw Detection feature. This will let you know if a picture is flawed in a sense where the camera will recognize any blinking from subjects, too much blur, and any lens smudges. It definitely is practical to have as it can save you some time and also help you recognize any flaws that you won’t regret later.

How Does the Samsung Galaxy Note 9 Compare?

As a whole, the Samsung Galaxy Note 9 is perfect for those looking for a high-performance phone. There are many features that will be useful for those who depend on using a device with a large display. With the incredible S Pen, life will be much easier for you so this can be the perfect smartphone.

Aside from that, Note 9 is a great phone but it does not shock the smartphone industry especially nowadays with many competitors. The camera is good but there are still other phones that work better and there are also minor features that can be improved, especially the Bixby.

Note 9 is like many other smartphones that have been released so unless you want to use the S Pen or need a large display, go on and buy the Note 9. If not, then you should sit this one out.

9
Score
The Samsung Galaxy Note 9 is taking the old and adding some new tweaks to it that makes it one-of-a-kind. From a distance, it looks like the Note 8, but don't be fooled. You will realize the two models are different when you take a closer look.