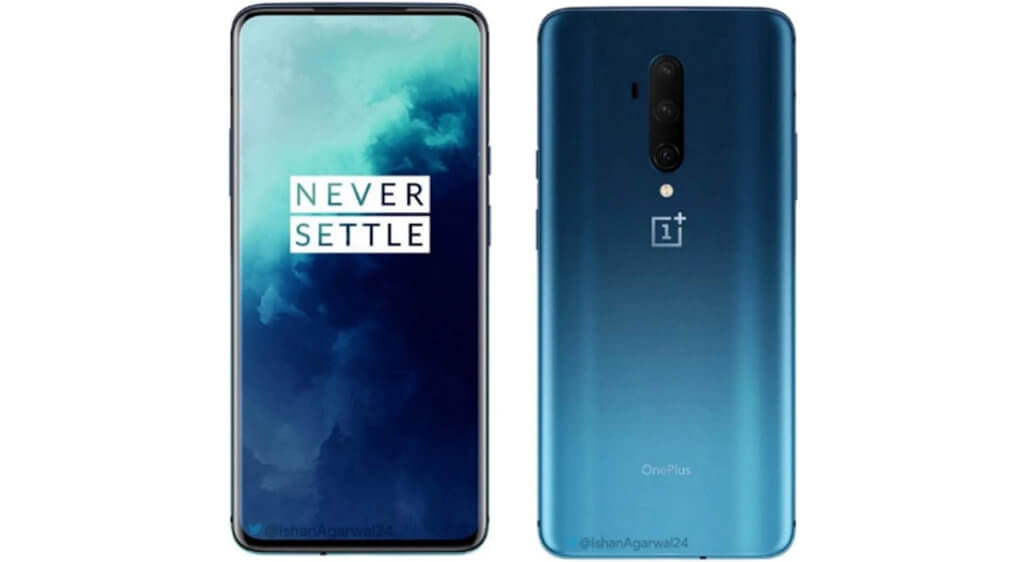 The next generation of OnePlus smartphones provides a refreshing look into the future of flagship models. It’s no longer a two-horse race between Samsung and Apple now that the OnePlus 7T Pro has arrived. So, does it meet current flagship standards? And if it does, is that enough to convince brand loyalists to switch? The OnePlus 7T Pro is an incredible product, but is guaranteed to get mixed reviews.

This will be one of the points of contention for most people who want the OnePlus 7T Pro. The OnePlus logo combined with the number 1 and plus sign can be redundant. Available color options are Haze Blue or the Papaya Orange from the McLaren Special Edition. But no matter what color variant you choose, the logos will be right there on the back. Thankfully, it is nothing that a case can’t resolve.

As far as pretty phones go, this is one of the better ones. An incredibly powerful rear camera takes up very little real estate on the back. The buttons on both sides of the phone are a bit dated, but at this point, it’s more about preference than an actual problem.

If you choose the McLaren Edition, it is too pretty to cover up with a cheap case. Finding a clear case to preserve the original design will take time as third-party manufacturers roll out case options. Pictures of the OnePlus 7T Pro McLaren Edition don’t do it justice, but unfortunately, the frosted glass backs will get beat up without protection.

It’s nice that the OnePlus 7T Pro didn’t take any shortcuts with the display like with the Huawei P30 Pro’s weird 1440x3120p screen. OnePlus crushed it with a gorgeous 6.67-inch fluid AMOLED display, in full 90hz glory. Consumers get 2400x1080p and one of the crispest screens since a last generation iPhone. Colors pop, videos play smoothly, and text is actually readable on websites. Instead of defaulting to mobile websites while browsing, you can switch to desktop mode for the full experience.

All smartphones are easy to break unless you get one of those features-stripped rugged models. This one is hard to judge for the OnePlus 7T Pro, since it has a completely closed off hardware system. A non-removable battery and non-expandable storage makes it more durable than the average smartphone. But that toughness comes at a high price, and many consumers won’t be willing to pay it.

The design is conservative enough to not suffer from easy scratches, and a few bumps here or there won’t break it. A dropped phone has the habit of dropping on the front or back, making it less likely to damage the hardware buttons on the side.

A great display is useless without the hardware to run it. The OnePlus 7T Pro comes with up to 12GB of onboard RAM and up to 256GB of storage. A custom Snapdragon 855 keeps the phone speedy, even when multiple apps are open at once. But the most important feature of all is the inclusion of the GPU, an Adreno 640.

The 7T Pro was built to run HDR+, and this was the final piece to the puzzle. With a 1440p screen, anything less would have been an absolute horror show. There is no doubt that Google will take advantage of phones with HDR support in the future. Right now, the biggest use is with popular video streaming platforms.

For some reason the OnePlus 7T Pro decided that users don’t need to swap out their batteries. To be fair, even when the option is available, very few people actually carry an extra battery around. And with the fast charging of this model, it is wholly unnecessary.

The real reason people want a removable battery has more to do with personal reassurance. A bad battery can be removed and replaced for a small price. A soldered battery requires paying a ton of money to a professional. This is the low point of the 7T pro, but it is still too early to tell how much battery life will degrade over the years it is owned.

There is no removable battery and no option to add extra storage to the Oneplus 7T Pro. Once you’re out, that’s a wrap. For this reason, it makes sense to get the 256GB, as it’s better to have more memory than not enough. For what it’s worth, the speed of the built-in memory is fast. The OnePlus 7T Pro uses UFS 3.0 storage and is already ahead of the curve. Other flagship phones that are still coming out are on the older UFS 2.1. That is a huge difference and is something that needs to be recognized as a premium feature.

Judging a phone’s camera quality is always difficult since it comes down to a combination of hardware and software. Out of the box, the OnePlus 7T Pro has an incredible camera compared to other smartphone cameras. At stock, it is exactly what you would expect from a flagship phone.

The front-facing camera is on the average side, but at 8MP it isn’t exactly lackluster. With the built-in HDR, you can get an accurate representation of what the photo will look like before taking it. And surprisingly, there is Auto-HDR on the front-facing camera. Not sure how many people will use it, but it is an incredible achievement all on its own.

How Does the OnePlus 7T Pro Compare?

A flagship phone that is missing flagship features should get a low score, but some perspective is needed here. OnePlus created a flagship phone built on hardware and software superiority. Out of the box, you’ll get one of the most powerful smartphones in the industry. Although the non-expandable options set it up to lag behind the competition in a few years, that does not mean it will slow down.

The 8-12GB of RAM, strong battery, and Snapdragon 855 make this a modern marvel similar to what the Intel 2600K was for computers. Unless you update every other year, there is no reason to move on from the OnePlus 7T Pro anytime soon. Enjoy it and the many future updates that are expected on the platform.

8
Score
OnePlus concentrated on specific features with the flagship 7T Pro and it shows. While the missing quality of life features hurt the overall rating, it is still a phone worth buying. Oxygen OS has its quirks, but is one of the best things to happen to the smartphone market. Over time, a lot of competitors will copy its features.