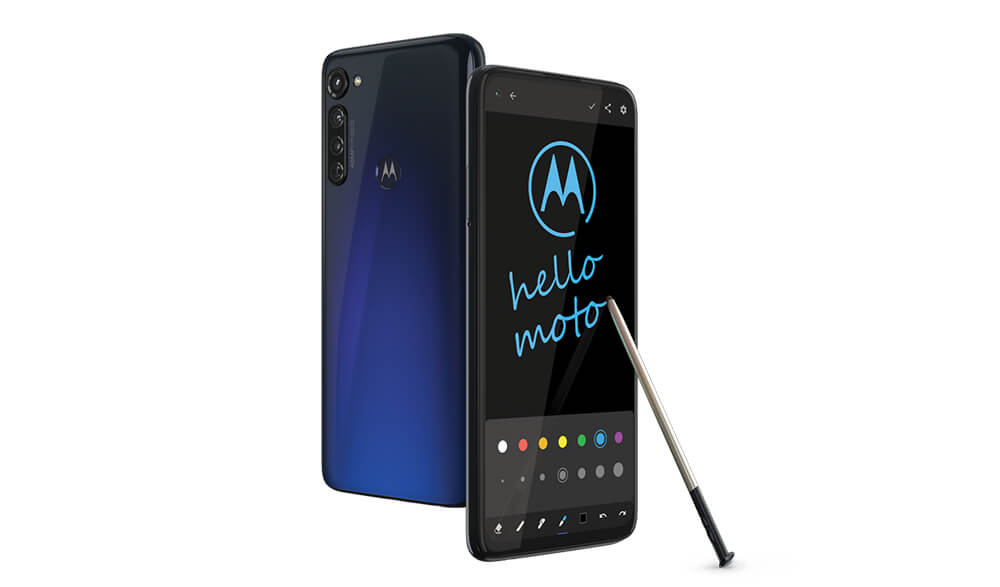 If you’re a consumer looking for a good smartphone, Motorola may have been one of your device finalists. The problem is that users looking for a great smartphone never seem to have Motorola on their list. It’s a curse that may have a lot to do with bad marketing.

The Moto series is still going strong, with the G models considered a solid mid-range smartphone build. The company is doing as little as possible to take advantage of its Lenovo ties.

Having exclusive compatibility with Lenovo desktops and laptops is a game-changer, but seems to be more of a consumer pipedream. In its current form, the Motorola Moto G Pro is another good, but not great, mid-range smartphone.

Do you like the color blue? What about something more exotic, like Mystic Indigo? For potential buyers, that Mystic Indigo will be the only available color. Motorola didn’t exactly roll out the red carpet when it came to unique designs. And since their version of blue isn’t a neutral color, it becomes a slight annoyance.

If you can get past the limited color options, the Motorola Moto G Pro is a gorgeous phone. The stylus sits unnoticed at the bottom, perfectly flush with the rest of the phone. When looking at the screen, you get a lot of real estate without any unnecessary borders.

The back that sports the Motorola logo is quite attractive. So attractive that you will hate covering it up with a case.

Smartphone manufacturers are still reserving the best touchscreens for their high-end phones. Motorola rolled out the basic IPS LCD technology for its 6.4-inch product, and it shows. Normal web and social media browsing look fine, but anything with motion will look average.

If the phone were smaller, the screen quality wouldn’t be that big of an issue. The Motorola Moto G Pro has a resolution of 1080×2300, which suffers by being on a bigger screen. With a PPI density of only 399, users will find that older phones like the LG V20 look much better.

Durability is average, with nothing standing out in favor of or as a major con of the phone. It is on the heavier side at 6.77oz, so be prepared for hand fatigue when using media. Motorola went for their own, in-house front glass, and it’s good enough to get you by. The water-repellent coating works reasonably, and it handles micro scratches as well as any other phone.

Unfortunately, the back of the phone was given a botched plastic surgery. If it has been a while since you’ve owned a plastic-backed smartphone, then prepare for disappointment. Even LG switched it up in 2015 by offering an optional leather back for the LG G4, in all of its classiness. Remember the iPhone 4 that was made in 2010? Its gorgeous, scratch-resistant glass back is still considered high-end.

All of the negativity around the Motorola Moto G Pro ends when you talk about its hardware. It has a speedy octa-core, powered by a Qualcomm SDM665 Snapdragon 665. This is a multitasking beast, and is paired with 4GB of RAM and 128GB of space.

In terms of accessories, the perfect companion to this smartphone is the Moto 360, a smartwatch that has gone under the radar as of late.

All of this is backed up by an older Adreno 610 GPU, but that isn’t exactly a con. Due to the screen type and resolution, anything higher than that wouldn’t have made sense. The phone powers through everything with no hiccups, even HD video and current videogames. If you stream video games, then the Motorola Moto G Pro should be in your top five list of budget gaming phones.

Some of the most intuitive cameras in the industry come from Motorola. They have made strides, even when it isn’t associated with one of their smartphones. The Motorola Moto G Pro comes packed with a 48/16/2MP main camera and 16MP selfie camera. It’s the best you can possibly get for a low price, and the goodies don’t end there.

The camera hardware is backed by great software, and makes the use of a third-party camera app completely unnecessary. You can take smooth 4K videos without any hiccups and expect them to keep the same quality on a larger screen. HDR works well, and panorama is a big step up from previous models. This is the phone to get if the camera system is the most important feature of the purchase.

Any modern smartphone that includes a 3.5mm jack gets bonus points for convenience. Sound quality through headphones is of premium quality. Users that opt for wireless will be happy with Bluetooth 5.0 support. Wired or wireless, the headphone experience is solid. There is no need to mess with any sound settings, as the defaults sound good enough on their own.

Speaker quality is good, and is loud enough to work in noisy environments. The Motorola Moto G Pro offers excellent call quality, which makes sense when you look at the mic/speaker placement. It feels like an actual phone when you hold it to your ear, rather than a screen that can take calls. The only downside to phone calls is the actual weight of the phone. Your neck will get quite the workout on long sessions.

The Motorola Moto G Pro and the LG V30

With its cheap build quality but stud hardware, the Motorola Moto G Pro is in a troublesome position. The LG V30 is an older, high-end phone that really shows the difference in expectations when you change tiers.

Buyers that are willing to go with an iPhone SE will get a superior product for the same price. In order for the Motorola Moto G Pro to be successful, it has a lot of extra ground to cover.

Motorola had the right idea when they created the Moto G Pro. The problem is that several other companies have done the same phone better and with much higher-quality parts. If the price is right, there is no denying the attractiveness of this smartphone. Even with the forgettable stylus, it is a nice all-in-one package.