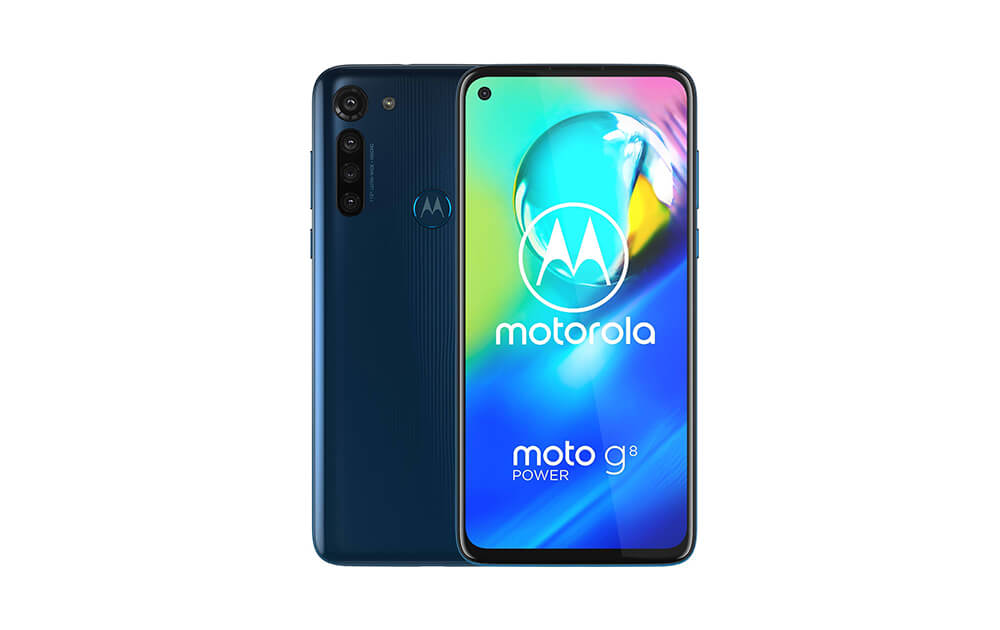 Smartphones are not Pokemon, and you don’t have to buy them all. The Moto G8 Power is a comfortable compromise for buyers that want a modern touch that doesn’t go overboard. It’s pretty, light, and can run a lot of modern apps. As a tradeoff, you get a phone that is considered to be the ‘netbook’ of smartphone models.

In its heyday, the netbook wasn’t a bad purchase. It stripped out a lot of power features in favor of a compact experience. Accessibility was key, and the price made sense. This is exactly how the Moto G8 Power is marketed, and there is a good chance you’ll like the message.

You’re not going to get a lot out of the design, which is as bare bones as it gets. Coming from something like the iPhone 8, it may cause you to quietly resent Motorola. Only two colors are available, with both Smoke Black and Capri Blue sounding better than they look. There is nothing wrong with the actual design choices other than the lack of a bright color.

The design itself is nice, with the front using thin borders to highlight the good-looking screen. There is no wasted space there, and the same can be said for the back. Even with a decent camera, the biggest thing on the back is the Motorola logo. The phone is excellent in its design, using minimalism to its advantage.

It’s really amazing how Motorola managed to make the Moto G8 Power this big. The screen is sneaky large to the point you don’t feel its full 6.4-inch massiveness. Backed by an impressive 85.1 percent screen-to-body ratio, there really isn’t a lot to complain about.

The phone uses an IPS LCD screen, so nothing fancy. For the price, this is on par with mid-tier phones from Huawei and LG. The Huawei nova 5T is almost triple the price of the Moto G8 Power, which makes the latter look like the deal of the century. Games, media, and web browsing look great in all screen orientations.

With a price so low, Motorola had to cut back somewhere. Durability is average at best for the overall phone, and downright weak for the screen. This is not a phone you want to just throw in your pocket without protection. Micro scratches are a guarantee, and for some reason they look worse than they actually are.

Gorilla Glass would have prevented this problem but would have also raised the price of the phone. The aluminum frame of the Moto G8 Power is pointless since it has a plastic back. With a weak front and back, it is recommended to nurse this model in a case the moment you get it. The only time it should leave its protection is for normal cleaning.

The Moto G8 Power runs with a Snapdragon 665 octa-core. Performance favors energy efficiency, and that is the reason it is paired with an Adreno 610. The loss in raw hardware power is worth it, since you can get multiple days of use out of a single charge. It’s not just marketing that makes the Li-Po 5000 mAh incredible, it is the combination of that battery with compatible hardware.

You’re not going to be playing cutting-edge games with the Moto G8 Power, but it holds up pretty well with HD video. Multitasking is strong if you’re not depending on the phone to handle several heavy loads at once. Light to medium multitasking is fine and zips through without any stuttering. To unleash the full power of the phone, users should consider installing the new OmniRom build – this is completely optional, of course.

What’s possible with the Moto G8 Power’s camera will lead to conflicting opinions when comparing it to other phones. The hardware is decent enough, with the rear camera sporting a respectable 16/8/8/2 form. With these four modules, you can take great photos and record 4K video. Likewise, the selfie camera is a powerful 16MP, so what’s the problem?

Although the specifications point to good numbers, there are some noticeable quality differences. Devices like the iPhone pack fewer megapixels into their cameras, but still look 10 times better.

In modern phones, the 3.5mm headphone jack still has a little bit of life left. The unfortunate truth is that it’s mostly on low and mid-tier smartphones. As a result, many of the hardware advantages with audio technology don’t make the jump to wired headsets. The Moto G8 Power has nice sound, but nothing that will change the industry.

Call volume is high, and the speaker sounds good in an open environment. When going wireless, you won’t notice a difference in quality thanks to Bluetooth 5.0 support. There is a small sound issue with Google maps navigation cutting out intermittently, but it is rare. A future patch from Motorola or Google should resolve the issue.

The Motorola Moto G Pro comes close in efficiency, so it looks like the company is on the right track. Think of the Moto G8 Power as a refinement of their battery and its energy usage.

The Moto G8 Power Is Perfectly Balanced, as All Things Should Be

It’s unlikely that the Moto G8 Power will turn the heads of die-hard smartphone enthusiasts. It’ll also be off the radar for anyone with a current mid-tier phone. The consumer base for the Moto G8 Power is the forgotten legion of phone owners that don’t upgrade every year. It’s the most extraordinarily ordinary smartphone you can own.

7
Score
Motorola comes through on their marketing promises of a multiple-day battery. Using the Moto G8 Power is a fun experience if you don’t need a powerhouse phone. This low-priced device has carved out its own little niche in the industry.