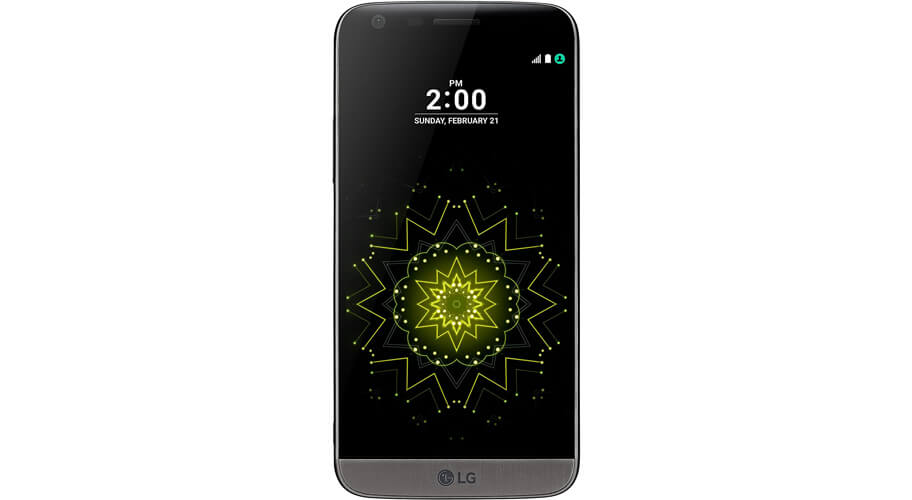 Each year the stakes get higher in the smartphone market. The LG G5 was a game-changer when it was released back in 2016, but is it still as good four years on? Technology changes so fast that today’s hot ticket becomes tomorrow’s obsolete tech.

The LG G5 comes with modular capabilities, meaning you can gain extra functionality through buying add-ons. This was its USP back in the day, but the modular design never really took off with this phone, although it pushed the smartphone market in new directions.

This phone was top of the game in 2016, and although it’s been superseded by the LG G6, V30, and V35ThinkQ, it’s still a valid Android smartphone alternative to the top-end phones.

The LG G5 took a leap up in class from the LG G4 with a metal body instead of cheap-looking plastic. It kept the microSD card and removable battery design though, which pleased many G4 fans. LG has made it simple to access the battery without having to remove the back cover, which is a big plus.

The LG G5 comes in a choice of four colors: silver, pink, gold, and titan (gray), but the colors are not as dazzling as the ones Apple produces. The phone itself isn’t as good-looking as rival phones in Apple or Samsung’s ranges, but it’s certainly better than the LG G4. The strange curvy design of the LG G Flex 2, and to a lesser extent the G4, is thankfully gone, and LG has made a return to the flat front that is pretty much the accepted aesthetic in the smartphone market.

The front comes with an always-on 5.3-inch display. This phone never sleeps, and the time, date, and notifications are visible when the phone is switched off. However, the display is very dim and doesn’t include a battery life icon which would have been useful and is a feature on the Samsung S7 and Galaxy S7 Edge.

One area where the LG G5 beats these Samsung models is the notifications on the always-on screen The G5 shows all your notifications, while the Samsung phones only show icons for missed calls and texts.

Unlike other rivals, the LG G5 doesn’t try and shoehorn in ever-more pixels in the display, and the smaller screen size actually increases the pixels-per-inch to around 554ppi. While the display isn’t as vibrant as Samsung’s Super AMOLED, the colors are still well-saturated and the brightness is just right which makes for a good viewing experience.

LG wanted to make this phone as easy to use in one hand as possible, so it’s not a massive beast like some smartphones, and it only weighs 159 grams. The other dimensions measure up at 149.4mm long, 73.9mm wide, and 7.7mm deep.

Despite being lightweight, the aluminum build means it’s tough and durable.

The LG G5 launched with a range of accessories (called LG Friends) that are supposed to make the phone unique and next-level. While the ideas are great, in practice they’re not really up to scratch. There are only two physical modules you can plug into the G5, and that’s Cam Plus and Hi-Fi Plus. LG was originally set to release more modules, but the concept never really caught fire.

You can buy other accessories for the G5, such as the LG 360 VR headset and 360 Camera to allow you to make 360 videos and watch them. The LG Rolling Bot is a rather funky toy that doubles up as a home security camera.

The LG G5 keeps up with the Samsung Galaxy S7 due to the Qualcomm processor and 4GB RAM, and the heart of the phone is a Snapdragon 820 chip that really gives this phone some serious power.

Storage comes in the form of a standard 32GB configuration, but theoretically this can expand up to 2TB with the microSD card option.

The camera features a dual-camera setup on the back and includes a lens for extra-wide-angle photography. LG is willing to take chances with new tech, and the G5’s dual-rear camera is evidence of that.

At the back, you’ll find a 16MP camera and a wide-angle 8MP camera, and it’s easy to switch between the two in the camera app. The wide-angle camera has a view field of 135 degrees, which is more than the human eye is capable of seeing. This means it’s easy to capture tall or wide buildings, landscapes, or big group shots at weddings.

The built-in speaker is so-so at best, but the Hi-Fi Plus modular accessory is a portable digital-to-analog converter that boosts the audio playback for much better sound. Hi-Fi Plus includes an audio grill, USB Type-C port, and 3.5mm headphone jack so you can keep it attached to the LG G5 and use it all the time.

The 2,800mAh battery does a good job of surviving a busy day web surfing, taking photos, and making calls without needing a charge. It takes around an hour and 10 minutes to fully charge. However, the Galaxy S7 and S7 Edge have the edge here with longer battery life, and they can be charged wirelessly.

How Does the LG G5 Compare?

Every smartphone has its quirks, and none of them are perfect. The LG G5 broke ground with the modular design and smarter looks than the LG G4, but it never caught on. Those who want an advanced smartphone will probably find that the G5 just doesn’t cut the mustard anymore compared with phones like the Samsung Galaxy S7 and S7 Edge.

If you want a solid but unremarkable phone with a replaceable battery and plenty of camera options, then the LG G5 may suit you, although the 18MP camera was outclassed long ago by other great smartphone cameras.

Unfortunately, the phone is somewhat overpriced for what it is. It’s a shame that the module concept never caught on because if it had this phone would have been one of the greats.

Now, it’s no longer the challenger to the market it once was. It may well still outgun the cheapest new handsets, but most mid-range smartphones now will have the G5 well beaten. Other options in the G-range are the impressive LG G6.

7
Score
The G5's USP of modular design is pretty much obsolete now, and although it's a solid phone with a decent display and good battery life, it's hard to justify the price tag.