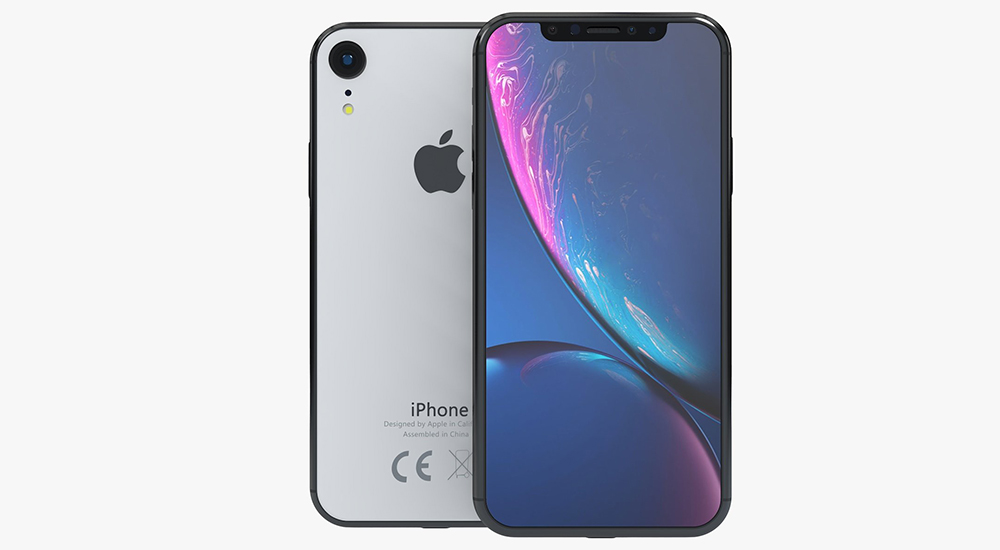 In 2018, Apple was on the ball when it came to releasing new models. Within one year, the company released three new phones – the iPhone X, the iPhone XR, and the iPhone XS. But just by the look of the prices, it could have been an immediate turn off as each went for about a grand with the exception of one – the iPhone XR.

Now with three new phones, one could have difficulty figuring out which phone is worth their coin. As mentioned, these phones go for a steep price so doing research is crucial. But if you are looking to buy a model of quality without doing as much damage to your pocket, the iPhone XR is the one for you.

It also has a smooth feel with its rounded edges and metal back that feels high-quality. It is made of aluminum and glass which is different from the newest model, the XS as it’s made of steel. The front is also made of glass which is meant to be the strongest in the industry but that doesn’t mean you should try and see for yourself.

If you already had the iPhone X, this newer model has the same button layout. But if you haven’t experienced the phone yet, the Siri and lock button are where the power key was and the volume and the silencer are on the right side.

As for the size, Apple got it right this time. The plus-size iPhones have been a bit controversial as the models haven’t been pleasurable to hold. The width hurt hands and definitely not one-hand-friendly. The iPhone X shrunk where it isn’t the XS or XS Max size, making it feel more comfortable.

Changes to Get Used To

One change that can be difficult to get accustomed to is the lack of the headphone jack. From the looks of it, Apple will probably continue to leave this feature out of its models – forever. This gives designers more space to play around so Apple enthusiasts will have to simply deal with it. Unfortunately, when you buy this phone, the adapter to use wired headphones has been removed from the box. You will have to buy the converter for your headphone jack to the Lightning connection.

The all-screen look was brought present with the iPhone X and kept ever since. With the iPhone XR, the notch is at the top of the screen. Even though the notch can cut off some visuals when watching videos, it is pivotal for the Face ID camera, the front-facing camera, and many other sensors that control the phone.

In regards to the screen quality, it’s what you would expect from Apple and the price you pay. So to say the least, it does an excellent job. The 6.1-inch screen has Liquid Retina LCD technology that captures sharp lines and displays colors vividly. Although, the XR doesn’t compare to the XS.

With some apps, you will notice that they are a little low-res and simply due to the screen that isn’t sharp. Also, the XR’s screen doesn’t support HDR to its fullest potential which is not necessarily a deal breaker but when watching videos or movies, it won’t look as crisp and bright.

The smartphone has the same camera sensor and most of the same lenses as the iPhone XS and XS Max. If testing both cameras, you will notice that the front-face TrueDepth camera is the same and the rear camera has the wide-angle lens.

As for the impact on the zoom that means the XR doesn’t 2x optical zoom making photos look pixelated. As for the wide-angle lens, it adds the bokeh blur when shooting in portrait mode. Although, faces can look a bit more distorted in comparison to the X and XS the XR captures more facial details. But a bonus is the bokeh adjustment you can control and a few other portrait-lighting effects.

If you plan on using Portrait mode on other things besides people, think again. The effect only works on people – not even mannequins, people-like sculptures or animals.

How Does the iPhone XR Compare?

As Apple continues to bombard its consumers with new iPhone models, dissecting the difference between each one is crucial. With each new model comes high-tech improvements but this also means the prices go up – drastically. This model is the best iPhone not only for the price but for its features as well.

9
Score
Apple is constantly bringing in a stream of new iPhone models. In one year, it released three which can be overwhelming. The crucial thing to look into is knowing the difference and what each model offers. From the looks of it, the iPhone XR is taking the crown - not only for its cheaper price but stellar features.