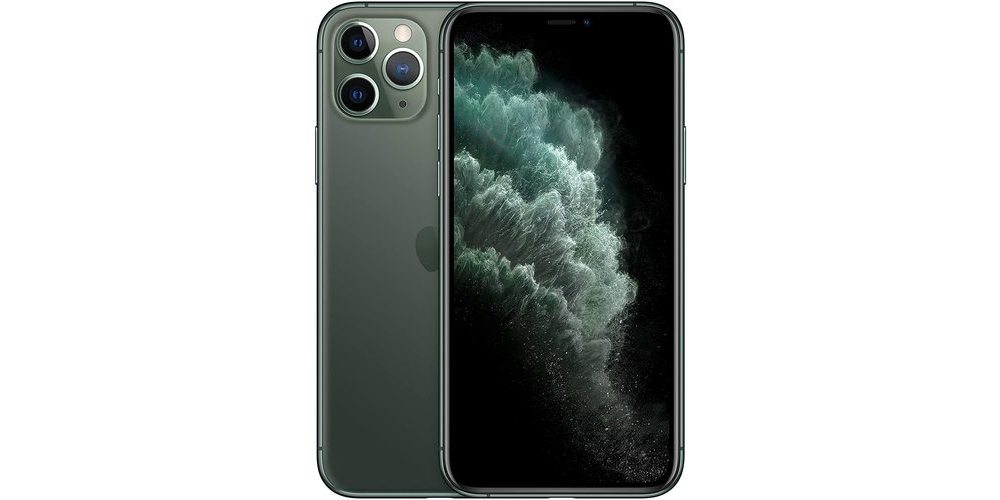 The iPhone 11 Pro Max is the best version from the trio in the 11 series. There is a huge difference between the versions that becomes notable with long-term use.

For early adopters, the iPhone 11 Pro Max is the smartphone that every Apple user has been waiting for. The slick camera combined with iOS 13.4 is hard to beat, and in some ways makes the other versions seem pointless. But will the refined features of the iPhone 11 Pro Max be enough to justify its high cost?

With a quick glance at the back of the iPhone 11 Pro Max, you’ll be hypnotized by the matte glass finish. It is all business in the back, right down to the large protruding cameras in the upper corner.

There are limited color options for this version compared to the others in the 11 series. The four available colors are midnight green, space gray, silver, and gold. When looking at the way Samsung does gold for their smartphones, the iPhone does it infinitely better.

Overall, the phone looks nice, especially without the home button on the front. This is one tradition that needs to become industry-wide with all smartphone makers.

If you’re buying an iPhone, then there is a certain expectation for the display. The iPhone 11 Pro Max delivers, and even exceeds in an unexpected way with size.

Apple did a great job of keeping the phone friendly for users to operate with one hand. It can be intimidating at first, but the 6.5-inch iPhone 11 Pro Max is much easier to handle in one hand than Samsung’s 6.9-inch Galaxy S20 Ultra.

When you get away from the size details, the Super Retina XDR OLED screen is a technical marvel. The closest you will get to something of this quality is an iPad or 4K television – and that is assuming that those devices can handle 120Hz like the iPhone. This is the best display that Apple has ever created, and should be the benchmark for future smartphones from all competitors.

Apple makes claims that the front and back of the iPhone 11 Pro Max is some of the toughest glass available for a smartphone. That may very well be true and is a good selling point if you prefer to go without a case. There are still worries about micro-scratches, but that is something that can’t be avoided with any phone.

For the most obvious quirks of everyday life, the iPhone 11 Pro Max’s durability is superior to every iPhone before it. You can submerge it in water for up to half an hour thanks to improved IP68 water resistance.

Dust resistance is solid, with no unneeded openings for particles to collect or infest the phone. If you buy a plug cover for the charge port, it becomes an impenetrable fortress. Wireless charging is great and has finally become a useful addition to Apple.

Apple makes the best software in the business. But on the hardware side, they are very conservative. The 11 series changes the norms of the company and introduces superior hardware that is better equipped to deal with newer software.

All of the phones in the 11 series share the same beefy CPU and GPU combo as well as RAM sizes. In some ways, the 4GB of RAM can be considered overkill for the current iOS version.

Multitasking finally makes sense with the hexa-core processor, and the underrated Apple GPU keeps chugging along for gaming or media playback. In a few years’ time, consumers will look back fondly on the Apple A13 Bionic as a massive upgrade from the A12.

The battery of the iPhone 11 Pro Max is a bit of a mystery. It uses a Li-ion 3969 mAh battery with intelligent power saving features. Out of the box, you can aggressively use the phone and get several hours of use before needing a charge.

Fast charging runs at 18W, and the phone jumps to 50 percent charge in an amazing 30 minutes – this is one of the few times that a company’s advertised features turned out to be the actual customer experience.

For long-term use, there are a few complaints about early battery wear. Apple included a way to check battery health in the settings of the phone. If there is indeed a problem with early battery wear (lower than 80 percent) users can contact Apple about the problem.

Camera quality is something that has never been in doubt with Apple. The iPhone 11 Pro Max packs a 12MP camera on the front and a triple-lens 12MP camera system on the back. These aren’t the godly numbers you would expect from a superior camera system, but it’s more than just numbers.

With the software improvements of the phone, both photos and videos are stutter-free, smooth, and instant. There none of the lag before snapping a photo that leads to missed opportunities.

When starting and stopping a video, the phone doesn’t choke while allocating resources. Even when opting to take 60 FPS 4K, the iPhone 11 Pro Max seems like it was built from the ground up to handle the media.

This is still the best platform for panorama photos, as Apple seems to be the only company that can do it right without tweaking. With the upgrade to iOS 13.2, the camera can take advantage of a background service called Deep Fusion.

Deep Fusion is a machine learning program that improves every pixel of an image without slowing your phone down. Think of it as an auto optimizing feature that learns based on the type of photos you take each day. The iPhone 11 Pro Max camera is the real deal, and this only makes it better.

As a top media device, audio is an important part of the experience. Apple tried to improve the sound quality of the iPhone 11 Pro Max by using Dolby Atmos. It really isn’t that good, and is somewhat of a letdown since surround sound was a pushed feature of the new series.

When not using surround sound features, the phone sounds just fine. Phone calls sound great, and audio from video recordings are a step above the competition. This has to do with the multiple microphones built into the hardware. They work great, even when recording in a noise-heavy area.

How Does the iPhone 11 Pro Max Compare?

Apple introduced three smartphones in the 11 series. The iPhone 11 Pro and iPhone 11 Pro Max are so similar that it would be pointless to compare the two. A comparison with the lowest tier iPhone in the series is a much better comparison to see the value. Even if it is almost double the cost, getting the best iPhone in the series makes the most sense if you don’t mind the screen size.

It took a while for Apple to embrace larger screens, and past iterations of the iPhone proved it was a smart choice. With the iPhone 11 Pro Max, they managed to make the screen bigger without breaking the universe like the Samsung Galaxy S20 Ultra. Overall, this smartphone is a refreshing take on the usual Apple formula that should last current users for years.

9
Score
If you're thinking of getting an 11 series iPhone, then there is only one true choice - the iPhone 11 Pro Max. This is the device that every consumer has been waiting for, and it lives up to all of the hype. Years of great phones from Apple has led to the creation of their best all-around choice for smartphone users.