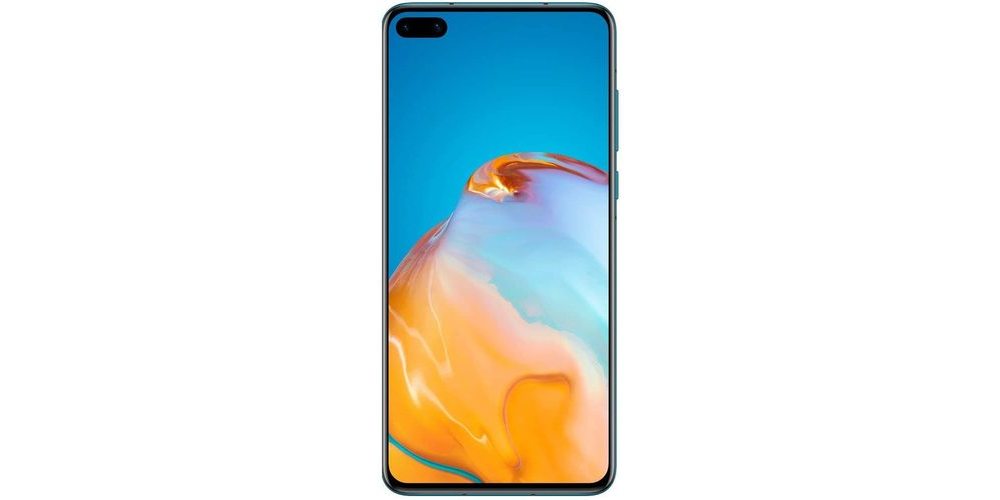 When a new high-end smartphone comes out, the news headlines go crazy. Huawei has been making some major steps over the years to separate themselves from the competition.

With the release of the Huawei P40 Pro, they get a chance to fine-tune one of the most revolutionary models in the P-series. This is their chance to have a seat at the big boy table, and Huawei has done everything in their power to earn it.

The P-series has always been known for having a wide choice of color options. Starting with the P30, users had great choices when deciding on a design. The Huawei P40 Pro continues that trend, but this time they moved forward without the gradient. Although it is split up among the different P40 versions, the P40 Pro gets two extra colors from the defaults.

Available colors are Deep Blue Sea, Black, Ice White, Silver Frost, and Blush Gold. On top of these great colors, the Pro version gets two extra matte-finish options. Combined with the glass back finish, you get a classy look without all of the extra fingerprint smudges. It’s an overall nice look that doesn’t stray too far away from what smartphone users expect.

You can’t talk about the display without recognizing the ridiculously large screen size. At 6.58 inches, it is not that much smaller than an average-sized tablet. For reference, the Samsung Galaxy Note 10 is 6.3 inches and was already considered a monster during its heyday. That was last year!

The Huawei P40 Pro wisely went with an OLED screen at a resolution of 1200×2640. This odd resolution will be an annoyance for some people, but it doesn’t take away from the brilliance of the screen.

There is full support for HDR10 with its 90HZ refresh rate. The screen goes through periods of perfection that usually show during gaming or media consumption. The Huawei P40 Pro is very much meant to be a media device, and its 91.6 percent screen-to-body ratio is a big help.

No corners were cut in the making of this device. It’s solid inside and out, but there is a drawback to the build quality. At a hefty 7.37 ounces, you’re going to get a workout with all-day use from this phone. It is built like a brick and has just as much weight. Phones with a similar screen size managed to keep their weight down without feeling like a plastic knockoff.

There is always a price to pay when pairing an aluminum frame with a glass body. With the Huawei P40 Pro, that price is massive. On a positive note, this is a phone that can take a serious beating. The size and quality of the build is a lot like the old-school brick phones that survived getting thrown into traffic.

Many consumers will find that the Huawei P40 Pro has specs that rival their home computer. It is equipped with 8GB of ram and an octa-core processor. Space ranges from 128GB to 512GB, with an option for up to 256GB in expandable memory.

This phone is an all-around powerhouse, but it slightly misses the mark with the Mali-G76 MP16 GPU. It isn’t struggling for performance, but a better choice would have been any of the updated Mali-G77 variants.

When the older Adreno 630 is still winning in a head-to-head matchup against your flagship phone, it creates a problem. The performance of the Mali-G76 MP16 won’t bottleneck the rest of the phone, but it leaves a lot to be desired for future performance.

The Huawei P40 Pro is an awesome phone, so by default it has a non-removable battery. This seems to be the curse of great phones in this generation, but it isn’t all bad.

Using a Li-Po 4200 mAh battery, you can go for a long time without needing a charge. This may account for the extra overall weight with the phone. Fast charging caps out at 40 watts while fast wireless charging tops out at a whopping 27 watts – that also applies to reverse charging. This is a capable battery for a power-hungry phone, and it holds up well for all usage types.

Even without a removable battery, having expandable nano memory is a big deal. In addition to that, consumers have the option of using USB On The Go. This allows you to attach compatible USB devices to the smartphone for moving storage.

This is still considered a simplified way of using the feature, and it goes far beyond that. Just like other types of travel accessories, you’ll find the additional items for the Huawei P40 Pro to be worth it.

With the right setup, you can turn the Huawei P40 Pro into a personal computer. USB-C connectors can carry both power and data at a consistent rate. If a more powerful GPU had been included with the smartphone, then it would have been the perfect companion for a USB-C friendly 4K monitor.

There is nothing quite like the camera on the Huawei P40 Pro. It puts a lot of competitors to shame with hardware requirements and then one-ups them again by providing great software.

The camera stands out physically because it is literally the biggest feature of the phone beside the screen. If you thought the Samsung Galaxy S20 Ultra had a ridiculous camera, then prepare to be amazed all over again with the Huawei model. It isn’t a GoPro MAX, but not many cameras are.

The specifications are as follows: 50 MP on the back camera and 32 MP on the front camera. Up to 2160p at 60 FPS is capable for the front and back camera. It has the biggest sensor of any camera phone, and may very well be the best smartphone camera ever created. Even in low light, the camera takes stunning photos and videos.

How Does the Huawei P40 Pro Compare?

Usually, the form factor and generation would have pitted the Huawei P40 Pro against a juggernaut like the Samsung Galaxy S20 Ultra, or the Galaxy Note 10. Heck, it wouldn’t be out of the question to put it up against a high-end tablet.

To better understand how far the P-series has leapfrogged the competition, let’s compare it to the LG V40 ThinQ. This was a premiere flagship phone in its own right, and almost a year later the Huawei P40 Pro is destroying it.

Is It Worth the Upgrade?

To truly unleash the full power of the Huawei P40 Pro, it needs to be outfitted with compatible accessories. That is why Intermediate and power users will get the most out of this model. That includes users on the P30 that are itching for a bit more power. The jump in quality is worth it, and there is still massive trade-in value for older P30s.

9
Score
Buyers will find the Huawei P40 Pro an attractive flagship model for its price range. It has a best-in-class camera, solid hardware, and none of the bloatware that plagues other brands. There is a good chance that the P-series will influence other smartphones for generations to come. It is the real deal, and there is not a lot of competition that has similar specs.