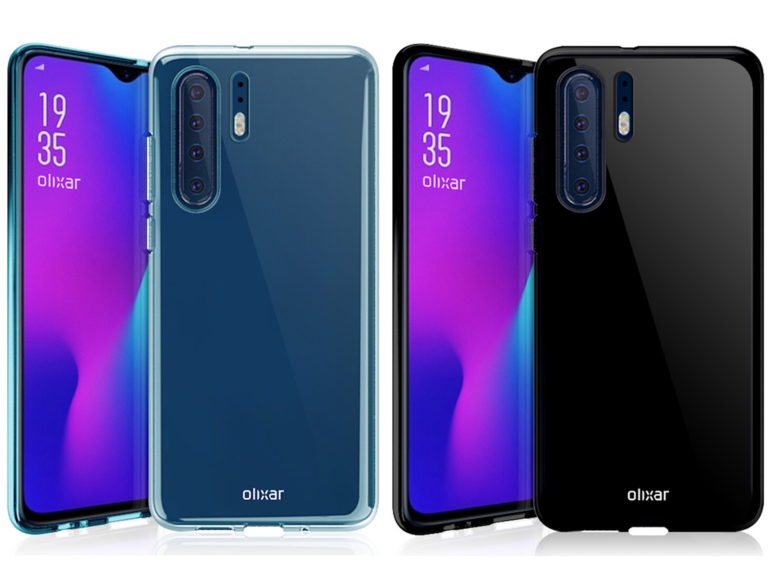 Huawei announced their new P-series, dedicated to giving its consumers top-notch devices for photography – which is what the “P” stands for. Like the P10, P20, and P20 Pro before, you can expect lots of new features on the Huawei P30 and P30 Pro phones, including an improved camera system, upgraded processors, and loads of other awesome perks.

The main objective of this series is to allow consumers to capture some of the best photos they can in the easiest way possible. The new P30 and P30 Pro are said to have the best photographic capabilities in comparison to their many competitors, which says a lot. Although, a phone has to have more than just an incredible camera. So let’s take a look at how Huawei did overall with their new series.

In today’s phone market, the majority of new devices have similar all-glass bodies and Huawei stayed on trend with the same build for their P30 and P30 Pro. There is no bezel, which allows for a large and vibrant display screen. Although, it does have a notch at the top of the screen which is home to the front camera. While it’s not as big as other smartphones, if you are looking to have a notch-free display, this phone is not for you. Another common issue that users have is the lack of headphone jacks in many smartphones. Huawei put a headphone port on the P30, but the P30 Pro lacks one.

The new Huawei P30s are super attractive and stand out from other all-glass phones. Huawei added an extra oomph to these phones by adding shimmers, light refractions, and more. This gives the phones a cool holographic look.

But with its glass build, you need to take extra care. Even if you want to showcase the beauty, make sure to invest in a protective case to avoid catastrophe if you accidentally drop it. On the upside, the phones are quite safe around water as both are water-resistant. The P30 Pro has an IP68-rating for water resistance, while the P30 has an IP53-rating, which is equivalent to being rain-proof .

Aside from the incredible camera upgrade, the Huawei P30 and the P30 Pro have the Kirin 980 – one of its major changes. This is the same processor seen in the Mate 20 range and it’s a powerful system. It has eight cores that are in charge of various tasks within the phone in order to save battery life. Along with that, it has two neural processing units (NPUs) that control the phone’s extensive range of AI skills.

The P30 Pro holds 8GB of RAM, while the P30 has 6GB, allowing each phone to run smoothly between various apps. There is also 128GB, 256GB and 512GB of storage within the P30 Pro, while the P30 has the option of 128GB. With all this storage, Huawei still does not support MicroSD cards.

There’s a reason why there has been major buzz about the Huawei P30 and the P30 Pro cameras. For starters, the P30 Pro has five camera lenses – four on the back and one on the front.

The front camera has 32 megapixels which offer incredible selfie shots. The main sensor in the back holds 40MP with its SuperSpectrum lens that offers optical image stabilization and an f/1.6 aperture. The second lens is an ultra-wide angle 20MP lens that has an f/2.2 aperture. You can also use this lens as a macro lens.

The third lens is an 8MP telephoto lens that has an f/3.4 aperture and a 5x optical zoom. The last lens isn’t necessarily a lens but a sensor – the Time-of-Flight sensor. This allows the camera to capture gauge distances in 3D space and enhance the depth-mapping when shooting portraits.

The P30’s camera doesn’t have the Time-of-Flight sensor, but it has a 40MP lens, a 16MP ultra wide-angle lens, an 8MP telephoto lens, and a 32MP selfie lens.

It doesn’t take long for the phones to charge either. The P30 Pro comes with a 40W SuperCharge charger. Wireless charging is also available with the P30 Pro, which is still incredibly fast, but the P30 lacks this feature.

It’s safe to say that these smartphones are a powerhouse at the palm of your hand. The price is steep for either one but you definitely get your money’s worth. If you are looking to get a new phone that not only looks great but works beyond what you would expect, this phone might be for you.

10
Score
Huawei has raised the standards when it comes to smartphones. Not only do the P30 and P30 Pro cameras capture breathtaking photos, but they also have top-of-the-line features, like superior displays and extended battery life.