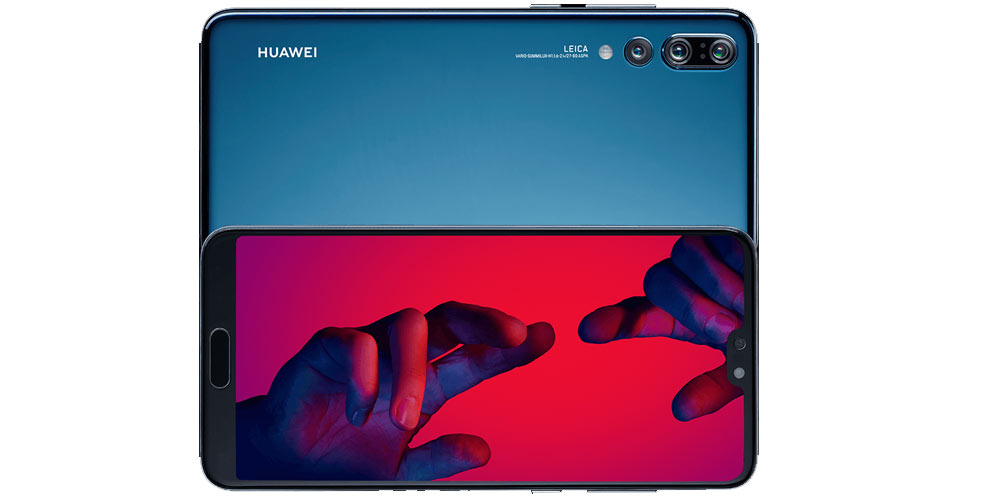 Huawei has definitely been making a fuss over the camera side of their smartphones. With every new model there has been slight improvements and having Leica emblazoned on the phone is a good way to attract the photography crowd. The Huawei P20 Pro is out to compete with the flagship models from the competitors, especially on the camera side of things. In this respect, let’s dig in and see exactly what this camera phone can offer.

Firstly, like previous Huawei models, the Huawei P20 Pro isn’t the cheapest, but in the company’s defense, they are going up against the top of the range from other companies which are also on sale for a premium. Luckily, it’s a buyers’ market for smartphones, so you should find a good deal online.

Even to the average consumer, the Huawei P20 Pro packs a lot of camera features. It comes with a 40MP rear camera with 3x optical zoom, 24MP front camera, 20MP black and white camera, and 8MP zoom camera. The processor comes in the form of a Kirin 970, with 6GB of RAM and 128GB of storage, using Android 8.1 with EMUI 8.1.

The screen is larger than in previous models at 6.1 inches with 1080 x 2240 resolution with highly reflective AMOLED screen. The battery is now at a bigger capacity at 4,000mAh. The battery is quoted with a one-hour, 24-minute charge time and a 1.5-2 day battery life with moderate usage.

The phone has the facility for changing color profiles. You can have neutral or vivid color profiles and change the color temperature which can be done on the fly. A good way to set things up so you get the most neutral colors.

The larger glass means a bigger unit, but also a bigger screen for viewing images. The all aluminium exterior feels solid and hard wearing, coming in a variety of finishes. It’s also quoted as being waterproof down to one meter for 30 minutes. However, like all expensive phones, I wouldn’t even attempt its waterproof claims. There’s also an automatic brightness facility on the screen, which adjusts to different light conditions.

As mentioned, the Huawei P20 Pro has a 40MP sensor, a 20MP black and white sensor which also improves processing, dynamic range and image noise, and the third camera has an 8MP sensor with a optical 3x zoom lens. The 40MP camera definitely has a load of resolution for you to play with and standard images come out at 10MP. The highest resolution images can be shot in pro mode with 76.2MB DNG files, allowing lots of room for post-processing.

On the downside, there is no standard headphone jack and no wireless charging.

The majority of Huawei P20 Pro owners will be shooting JPEGs on the phone and the quality doesn’t disappoint. The extra resolution definitely makes a difference. Huawei recommends shooting the majority of shots at 10MP and using the optical zoom. This should give more detail than a crop of a RAW file or JPEG version. Either way, unless you’re planning on producing large prints, the resolution factor is very good, even when viewed on a large monitor.

The standard 10MP images have a very good hit rate and come out very sharp. The ability to post edit RAW files gives loads of ability to the images, especially when tweaking the exposure, as the camera can overexpose at times. The f/1.8 Leica lens definitely gives some benefit with a nice wide aperture which produces surprisingly good bokeh.

To guarantee the best ultimate resolution, most will stick to the optical 3x zoom, but you can go to 5x with the Hybrid Zoom. This extra bit of digital zoom is better than expected with smart upscaling and some extra digital sharpness. Huawei also has software image stabilization (AIS) which doesn’t go below 1/16 of a second. Even with a bit of handshake you can still have a high hit rate of images.

The different image modes are also good to play around with, especially for testing out how well the phone operates in low light. Light painting, monochrome, panorama, night shot, and slow-mo are self-explanatory, with the Night mode being quite impressive in very low light.

The Night mode groups a bunch of shots over three to six seconds and impressively can be done handheld. From a few tests these come out very well with detail in night-time images and plenty of dynamic range. With this mode alone, it makes the Huawei P20 Pro feel like a little DSLR. Quite impressive.

The front camera is also impressive with its 24MP sensor. The images may not be as clear as some other rivals, but Huawei has upped the stakes with how well it works in low light, even if sometimes image detail is sacrificed for low-light performance.

However, the AI scene selection which detects your subject and tries to give you the ideal settings can overdo things. It can oversaturate colors and give some unexpected results, meaning it’s better to switch it off and do the selections yourself.

Video quality can go up to 4K, but can’t use image stabilization as with 1080p at 60fps. So, if you don’t have a tripod, you may be better off sticking to 1080p if you want the most stable footage. The software stabilization works very well, making regular moving about very smooth. There are other modes such as 960fps and 240fps, but here you can only shoot at 720p. These won’t look the best on a 4K TV.

How Does the Huawei P20 Pro Compare?

The Samsung Galaxy S9, Galaxy S9 Plus, iPhone X, iPhone XR, and the Google Pixel 3 are the main options here. The P20 Pro beats the Samsung options for low-light operation. The closest match on the iPhone front is the iPhone XR, which the P20 Pro beats on overall camera facilities and the 3x optical zoom. The Google Pixel works very well in low light and has some great apps, but its aperture is only f/2.4.

The Huawei P20 Pro is one of the best phones that can handle low light and, with the full camera functionality, can give some very pleasing images and video. A 40MP rear camera gives you plenty of bragging rights and impressive resolution. You’ve even got longer battery life for gathering that bit more footage.

As the Huawei P20 Pro is out to compete with other brands’ flagship models the unit can be costly, but still not as much as the top-end phones from iPhone or Samsung. If camera facilities are at the top of your smartphone checklist, then this is definitely one of the best, especially in low-light conditions.

9
Score
The Huawei P20 Pro has some impressive camera features and works especially well in low light. Against the competitors, its definitely one to shortlist.