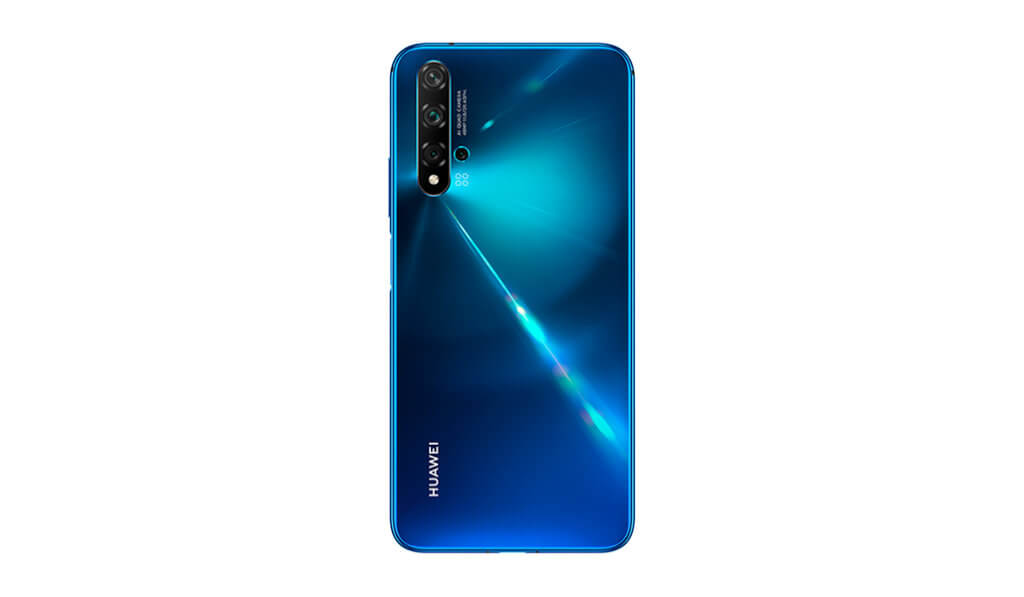 The market for midrange phones remains wide open, with the Huawei nova 5T right at the center. When looking at the spec sheet, the Huawei nova 5T is a confusing choice for average consumers. It has the hardware of a modern phone and really looks to be the equal of the Honor series, which is supposed to be high-end.

Instead of focusing on the missed opportunities with marketing, it’s better to appreciate the slight difference in the models. The nova series has an interesting set of features, and they all meet a price point that everyone can agree on. Finding the actual consumer worth of this smartphone is difficult, and will lead to some wildly different opinions.

The Huawei nova 5T marks another smartphone that nails its design aesthetic. Combining rich colors with one-of-a-kind textures will always be a head-turner. When you look at the phone for the first time, it’s hard to consider covering it up with a case.

Available colors are Midsummer Purple, Black, Crush Green and Crush Blue. Silly as usual, but it hits the mark when it comes to visual pleasure. Despite its large size, the phone has a slim profile. It’s easier to use one-handed compared to similar phones, but will still be a chore if you’re on the move. Overall, Huawei nailed the design of the nova to make it distinct (at least in looks) from its other devices.

The release of the Huawei nova 5T marked an easy chance for the company to move away from its out-of-date IPS LCD tech. Unfortunately, they doubled down and added in a few useless pixels to frustrate their customer base. The tech for the screen is outdated, and the colors are built more for web surfing than media and gaming.

The resolution is too low for its size, and at 1080 x 2340 on a 6.26″ screen you will start to notice the dullness. If you’re a normal smartphone user that browses the web and keeps up with social media, the screen won’t affect your experience. But the minute you turn to actual media and expect to be blown away, it’ll be a disappointment. This is fairly obvious when trying to use the Huawei nova 5T’s pro camera mode.

This particular feature is a bit puzzling when you consider the hardiness of past Huawei phones. The Huawei nova 5T is a bit on the brittle side, and is a huge step back from the in-house glass materials used to secure their other smartphones, like the less flashy but comparatively solid Huawei Honor 9. When Huawei blended Gorilla Glass with its own recipe, it turned into a surprising success.

For some reason, the excellent materials used in that mashup didn’t make it to the Huawei nova 5T. On top of the weak durability, you have the usual lack of water, dust, and scratch resistance. Without good durability to balance out the lack of those three features, this smartphone becomes a disaster without a case.

As usual, the only thing holding the hardware back is the GPU. This is something the company has been fighting for years, even with the Huawei Honor View 20. The Mali-G76 MP10 is a good chip, but is the weakest part of an otherwise-powerful phone. A speedy octacore processor keeps things moving, with consumers having a choice between 6GB of RAM or 8GB of RAM. You won’t see any performance difference by going with the lesser model, as they both crush multiple tasks without slowing down.

The space is the same on both phones; a disappointing 128GB. For a phone that lacks expandable storage, it creates another one of those weird QA moments. The Huawei nova 5T has an insanely powerful camera, so avid picture takers will be gasping for space. Pair the phone with good cloud storage, and you’ll be able to avoid limited-space headaches.

Consumers already know what to expect from a modern Huawei product. The camera on the Huawei nova 5T is an impressive achievement, and the main reason to purchase this phone. The rear camera is a group of 48/16/2/2MP, while the front-facing camera is a ridiculous 32MP. Even without the use of the NeuralCam Night Mode camera app many rely on for iPhone, you can get similar picture quality in low light. That is a massive achievement for what is considered a mid-tier phone.

Improvements for this generation come in the form of better HDR support, and much better software. Panorama support is off the charts, and it’s much easier to dive into the advanced settings. With some small adjustments, 4K video looks awesome in all light settings. Everything about creating video is a smooth, seamless process. Pictures follow the same path, with even accidental creations looking better than competitors’ planned photos.

Consumers don’t often associate great sound with Huawei devices, so the Huawei nova 5T is a nice surprise. With support for 192 kHz audio, it is the best-sounding phone to come from Huawei. That quality continues, even when you plug in a headset or stream through Bluetooth. The phone has great software support, and the drivers are refined enough to handle large FLAC files.

Phone calls get a similar boost, with both the mic and speaker having a good overall boom. You can hear the Huawei nova 5T from one room over when it’s at max volume. When creating video, the mic does a good job of capturing audio without too much background noise. It’s not perfect, but the phone can focus on capturing sound from the target so that your videos aren’t ruined.

Was one year and a different model enough to help Huawei create a better smartphone? The Huawei Honor 10 shares similar weaknesses with the Huawei nova 5T. Once you get past the negatives, the Huawei nova 5T is an interesting addition to the company’s lineup. The changes are slight, but it is clear that they’re moving in a different direction.

Where Does the Huawei nova 5T Fit?

The Huawei nova 5T is a big flex from a company that has shown a lot of interest in hardware. It’s not too much of a departure from their other smartphones, and may be hard to recommend to owners with a year-old device. If you’re on an older model, the jump up in technology will be substantial, and well worth the investment. Outside of that situation, the Huawei nova 5T is just another smartphone with strong hardware.

8
Score
The features provided by the Huawei nova 5T are not revolutionary and can be found on plenty of competitors. The funny thing for consumers is that those competitors work for the same company. The attractiveness of the Nova series will come down to whether you need a full upgrade or an incremental one.