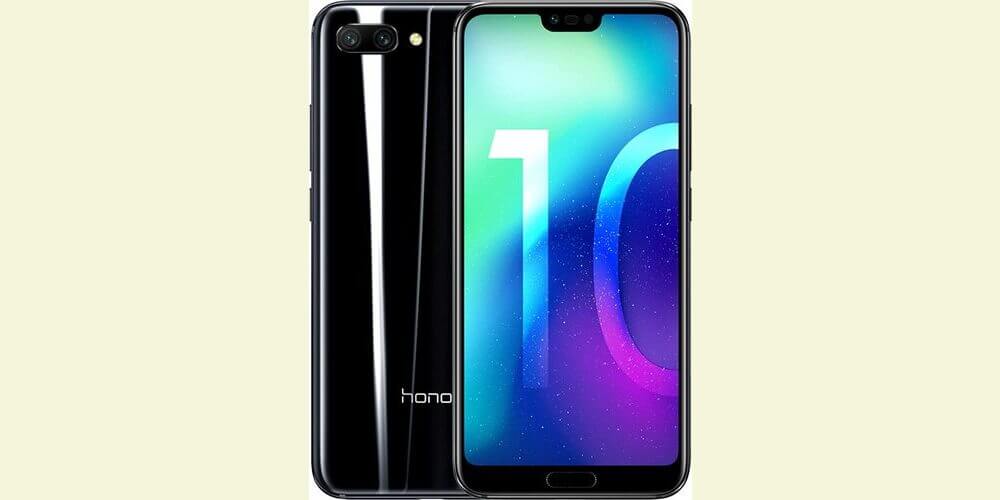 With the Huawei Honor 10, you can have your cake and eat it too. In less than a year, Huawei modernized one of the most historic smartphones of all time. The changes are vast, and as a result, the Huawei Honor 10 loses a lot of mod support. What you get is a phone that is meant to go head to head with the big dogs – at half the price.

A few fans will question some of the changes, and may not want to move forward with the Honor series. What was once a unique smartphone choice has now become a by the book phone for the masses. Even with the negatives, the Huawei Honor 10 is a groundbreaking achievement.

The new design puts the Huawei Honor 10 more in line with modern Samsung smartphones. It is flashy, shiny, and uses ridiculous naming schemes for colors. Consumers can purchase the phone in midnight black, phantom green, phantom blue, and glacier grey. Yes, the company went full fashion designer on its consumers with the new Honor line.

Everything looks alright, but it did miss the mark a bit with the screen to body ratio. At only 79.9 percent, there is still a bit too much wasted space on the front of the phone. The increased size doesn’t help the design, as it looks like a larger version of the older iPhone 4. It’s not an ugly design, yet it comes off like a cheap knockoff of a name-brand smartphone.

You’re not going to miss much on the 5.84-inch display. This puts the Huawei Honor 10 at the right size without going overboard. One-handed operation is possible and preferred when using the included features. The resolution has been bumped up to 1080×2280 from the previous generation’s 1080×1920. It’s a small change that helps web browsing feel more like a desktop experience.

Huawei dropped the LTPS IPS LCD and went with a more traditional IPS LCD. Once again, a minor change that really doesn’t make a big difference. The screen quality is still far below that of an iPhone or Samsung phone. You won’t hate the screen on the Huawei Honor 10, but there will be times you wish they upgraded it more from the previous generation.

Durability is where the company made the biggest improvements. Going from Gorilla Glass 3 to Gorilla Glass 5 is a large jump for the front screen. They are still using some weird mashup glass for the back of the phone, but it holds up well to damage. All of this hugs one of the best and most unappreciated aluminum frames in the business.

Micro scratches are not a problem, and they somehow make the phone lighter than the previous generation. At 5.40 oz, Huawei shaved off some weight while simultaneously making the phone larger. The lower weight helps with hand fatigue and makes one-handed operation feel natural. About the only thing missing is protection from water and dust. Case your Honor 10 up, especially if you live in a household with pets or kids.

Even if you’re disappointed in everything else, the hardware is where consumers get their money’s worth. The Huawei Honor 10 is another beast phone that sets new standards for the industry. The CPU is the exact same one from the Honor 9, but gets a massive boost due to improved software. If this happened with any other phone, it would be considered a con. That just goes to show how far ahead of the curve the company was with the Huawei Honor 9.

On top of great power, you’ll get much more varied space and ram configurations. The low end starts at 64GB/4GB while the high end is 128GB/8GB. You can run a virtual machine on your phone without slowing it down. It is a multi-tasking powerhouse, but is still missing a next-gen GPU – this also applies to other Huawei phones. The company stuck to its guns, and upgraded the GPU to a Mali-G72 MP12. A nice GPU for its time, but one that didn’t age like fine wine.

Some nice improvements have been made to the rear camera. It has higher resolution and makes better use of the panorama settings. Video quality is about the same as last generation, with the lack of good 4K media creation being a shocking omission. The hardware of the Huawei Honor 10 is more than capable of 4K and beyond. You can create 4K media with the rear camera, but it will be locked at 24 FPS.

The lack of smoothness is noticeable when doing HD media at the highest settings. It doesn’t make much sense from a hardware standpoint, so the culprit is likely software related. If you can get past the disappointing rear camera, then the front-facing one will make up the difference. At 24MP, it’s one of the best features of the phone. You won’t get Nikon D6 levels of quality, but it’s still effective for the price.

Audio continues to be an average feature for the Honor series. There is nothing bad about the sound coming from the speakers, and loudness is not a problem. You will even get a noticeable amount of bass when playing music, games, or movies. Bluetooth and wired connections are supported without the use of proprietary hardware.

Phone call quality is fine and gets loud enough to hear it in busy environments. A few MVNO carriers can be a headache to set up without a little help. The documentation may not do the trick, so be prepared to call support when setting up a new number. Once you have the customization correct, there are no problems with call quality on all carriers. The lack of CDMA or EVDO is minor, and will only become an issue in areas that are already notorious for bad coverage.

How Does the Huawei Honor 10 Compare?

A Leap of Faith

Finding enjoyment from the Huawei Honor 10 isn’t hard if you don’t expect a ton of customizations. Instead of being a unicorn, this smartphone model is like an off-brand device on steroids. It’s a traditional upgrade to one of the most flexible phone series of all time. Cons and all, the Huawei Honor 10 is a good alternative to the biggest flagship phones in the industry.

8
Score
At some point, Huawei will have to slow down and let the rest of the industry catch up. The company works hard to create hardware phenoms, but misses a lot of software connections to bring their products to the next level. The Huawei Honor 10 misses many customization options that made the Honor 9 popular.