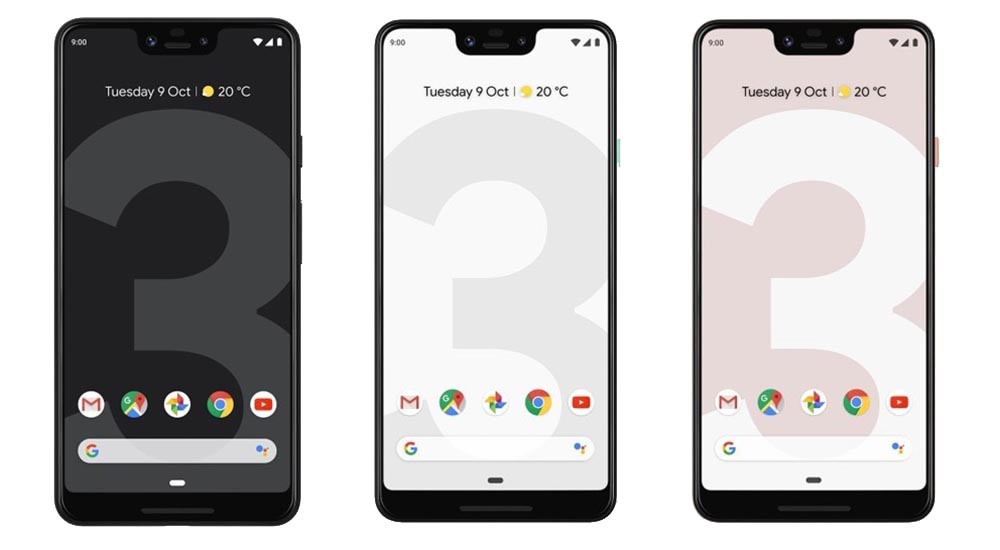 Two-thousand-eighteen has been the year of the smartphone and the competition is at an all-time high. There is the iPhone XS, Samsung Galaxy S9, Huawei Mate 20 Pro, and many more. Right before the year ends, Google decided to come out with their new and improved smartphone, the Google Pixel 3. Before its release, the smartphone gained a reputation of being an underwhelming addition to the all the other smartphones. This was mainly due to its design, which looked outdated compared to the posh iPhone XS, and the single camera lens, which had consumers skeptical of the photo’s quality.

After all the concerns and backlash before the Google Pixel 3 debut, it is safe to say that the smartphone has shown up and proved that its competition still has some improvement to do.

The first thing that attracts consumers is the look. People love devices that not only work great but also look good. When it comes to design, Google tends to go for a simple and minimal approach which is evident in the Pixel 3. The look can actually improve especially when it comes to the screen.

Aside from the physical appearance, the feeling of the Google Pixel 3 is delightful. When it comes to the material, the Pixel is made of one piece of tough Gorilla Glass 5.  The finish on top give the smartphone a soft touch and does not leave fingerprints or smudges. As for size, it is similar to the iPhone XS but a bit narrower.

The size and weight are incomparable to other smartphones – it is perfect. In comparison to other phones, the Pixel 3 is the easiest and most comfortable to use with one hand.

When it comes to the Pixel 3’s visuals, the screen’s resolution is a pivotal factor that will allow consumers to view imagery at its best potential. In comparison’s to last year’s Pixel 2 and Pixel 2 XL, Google has made some major improvements. This time around, the Pixel 3 has a 2,260 x 1,080-pixel resolution which offers sharp and clear visuals.

As for color, Google increased the saturation display as there were complaints from its prior models because of the natural display tuning. The visual display is definitely much better with this enhancement but users are still able to switch back to the “natural” color.

The Pixel 2 has left a strong impression on many consumers so you can only imagine what the Google Pixel 3 has in store for you. Whether you decided to get the Pixel 3 or 3XL, just know that both phones have the same camera setup.

These lenses allow the Google Pixel 3 to take striking low-light photos, great portraits, and when it comes to recording, it has steady footage. This is impressive especially since its main camera only uses one lens while other phones have to use two cameras to get the same outcome.

The lenses are just the technical aspect that makes the Pixel 3’s camera a force to be reckoned with. If you look beyond that, Google incorporated exciting and top-notch features that allow you to create and document beautiful moments. As seen in the Pixel 2, the HDR+ function makes a come-back in this year’s smartphone which combines different exposures to create the ideal shot. In addition to that, there are extra features like the Top Shot, Super Res Zoom, and Night Sight.

Top Shot does exactly what its name is – it gives you the top shot and works best when you take ‘Motion’ photos. This feature captures frames before and after you take your photo and weeds out the blurry shots and photos of people looking away or blinking. But of course, you can still review the shots yourself but the feature finds the best photos out of the bunch. The only set back is the lack of quality that comes with the images that are not the original.

Super Res Zoom helps reduce the noise that comes with zooming in when it comes to digital photography. Not only does it reduce the noise but gets results that would expect from a telephoto lens, which is impressive coming from an optical zoom. In comparison to the Pixel 3’s competition, this smartphone captures the most detail.

With Night Sight, it is a product of the HDR+ but revolutionized. It has a similar setup where it puts together shots to improve the low-light environment and combines the frames to enhance the coloring and acknowledge details that will get lost. This feature work in both camera, the front-facing and back camera.

Overall, the Google Pixel 3 takes incredible photos that are crisp and detailed. The coloring is rich where it is a bit intense but not to the extent that it is unrealistic. This also goes for white-balance and skin tones were the outcome is more true to life in comparison to the Pixel 3’s competitors.

How Does the Google Pixel 3 Compare?

The Google Pixel Series has made its way up in the Android market due to their superior cameras and features. The Pixel 2 is considered one of the best on the market but there are some setbacks. Samsung has always been one of the top sellers when it comes to Androids and with the release of the Pixel 3, Samsung added an addition to their S series – the Galaxy S10. It has improved cameras, a new UI, and processors that have heads turning.

Simply looking at the Google Pixel 3, you probably would not be impressed by it. The simple look does not draw consumers in but once you get a taste of its many features, you will be fascinated by all it has in store for you. All the features are up-to-par with its competitors, it even outshines a few. The major setback is the storage capacity and the amount you will be paying for the phone. If this is no issue then the Pixel 3 is calling your name.

9
Score
Google outdid itself with the Pixel 3. It took all the feedback from the Pixel 2 and came out with a stellar smartphone right before the year ended. The Pixel 3 gives its competitors a run for their money.