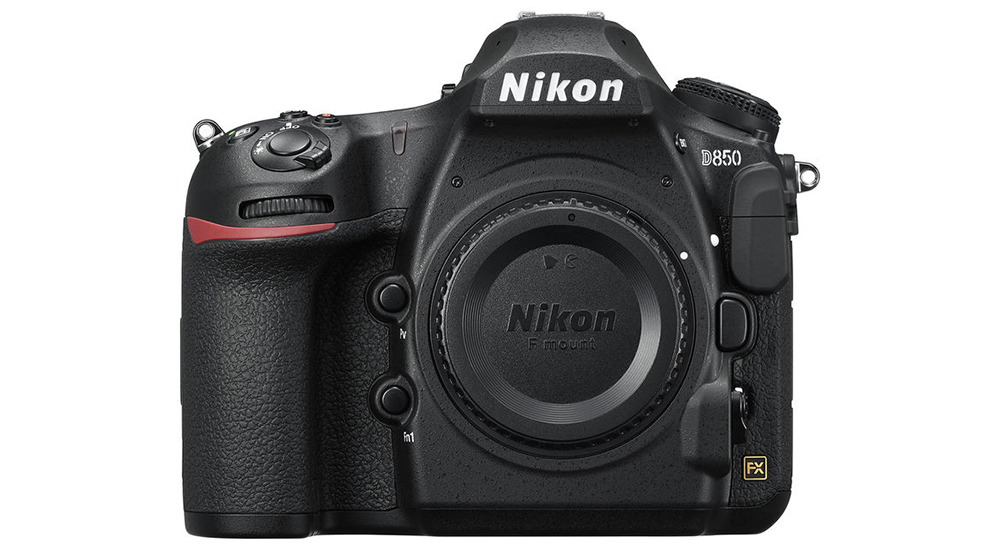 The much-awaited Nikon D850 has been released. The D850 was the subject of rumors within the community for a while. Nikon also teased an announcement of the camera’s developments back in July which brought further hysteria among fans. The Nikon D850 is one of the most popular full-frame DSLR cameras on the market today.

The camera is finally here, and we have picked it up and tested it to see if it was worth all the hype. This camera is equipped with a new AF system similar to the Nikon D5. It has a whopping 45.7 MP full-frame BSI CMOS sensor with a 3.2-inch tilt-angle touchscreen; impressive specs on paper. However, that won’t be enough.

The Nikon D810 left a great mark which will be hard for the new installment to surpass. It was a favorite of camera enthusiasts and professional photographers alike. The D850 does not shy away from upgrading its features and making grand changes. The D810 had very little left to be desired, but there were some whispers of complaints. Let’s see if the D850 can be hailed as the best DSLR of the year.

Key Features of the Nikon D850

Nikon has brought charming additions to the design of its new DSLR. Compared to the previous iterations of the D800 series, they’ve made changes to certain features that improve the look, feel and handling of the camera. You can notice the amount of change they made to the grip of the camera when you pick up the D810 and then the D850. The grip is a bit deeper making it more comfortable when you hold it for longer periods of time.

Unlike other cameras in the D800 series, the D850 removed the pop-up flash; improving the sturdiness of the camera. The pop-up flash allowed for triggering remote speed lights, and a lot of fans grew to love this feature. However, it’s not a necessity for a high-end DSLR camera. The D850 doubled down on its durability. The D850 a tough magnesium alloy body and weather seals to protect it from natural conditions.

The Nikon D850 also made changes to the key layouts on the camera. The layout is very similar to the D500 or D5. If you’ve used those cameras in the past, then the D850 will feel like home. However, if you’re transitioning from the D810, then you will notice subtle differences.

Differences like the top plate arrangement or the ISO button being positioned behind the shutter button can be found. The changes in button alignment have helped improve the single hand adjustment of the camera. The D810 had a slightly awkward positioning of its ISO button. It was jammed in the middle of four buttons above the drive mode selector.

Behind the camera, there is a joystick for the autofocus much similar to the D500 and D5. The joystick eases the selection of your favored focus point. The positioning of the AF buttons helps it fall under the thumb easily.

The rotating on and off switch will let you light up all the buttons on the camera like the D500. This is a useful feature when you want to change the settings in poor lighting. In short, D850 offers an extremely refined shooting experience. You can happily shoot without taking your eye away from the viewfinder and still be able to change the core shooting settings.

The display screen on the Nikon D850 is similar to that of D810. The screen is a tilting TFT touch-sensitive LCD with 170 degrees viewing angle effectively capturing shots from both high and low angles. Offering 100 percent frame coverage with manual brightness control. The camera packs a sharp three-inch, 2359k-dot varied-angle rear LCD display. The screen is also a touchscreen which gives more control over the settings and navigation.

The Nikon D850 captures images with stunning details. We expected nothing less from a good DSLR series that is also packing a 45.4 million pixel sensor. The quality of the image is so good you can get fine large prints of your captures with rich details. Depending on the glass you’re using, you can hope to get some outstanding pictures.

The D850 remains impressive with its dynamic range performance. The extra pixels in the new camera’s sensor were a cause of concern. However, upon actual testing, it is shown that the dynamic range is similar to that of the D810. You can underexpose a shot severely and still retain shadow detail in the image without noise taking up the shot.

The Nikon D850 also does wonders with high-ISO noise performance. Images up to ISO 3200 show excellent levels of detail and minimal noise. The details remain when it is ISO 6400, but the luminance noise will be more visible. Using professional software, the minimum luminance and chroma noise visible in photos of ISO 12,800 and 25,600 can be edited out easily.

The D850 didn’t make too many improvements with its battery pack. The standard battery that is in use by the D810, EN-El15 is the same battery as of the D850. However, Nikon was able to churn out more battery life with the same standard battery. Despite the massive features and WiFi connectivity options, the battery life can manage up to 1840 shots. The Nikon D850 has a battery life that is significantly longer when we compare it to the Sony a7R II or the Canon EOS 5D Mark IV.

The D850 has no image stabilization on it. The best course of action is to find lenses that can offer stabilization or purchase tripods. However, there is an electronic Vibration Reduction system which reduces the impact of camera shake when attempting to shoot videos with the camera handheld. The lack of proper image stabilization is a big of the D800 series.

The D810 had an excellent 51-point autofocus system which did a good job of capturing pictures in motion. The Nikon D850 made upgrades to its autofocus by equipping it with the same Multi-CAM 20K AF module that the flagship D5 had. After taking it out for a spin, we’ve come to believe that the D850 has one of the best autofocus systems ever. The AF can complement the quick rendering speed and image quality produced by the image sensor.

Fifty-five of these sensors are also selectable for greater compositional freedom. Fifteen of the points are compatible with f/8 while all the 153 points work efficiently with an aperture of f/5.6 or higher. The -AF sensitivity can go down to -4EV for the central AF point, where the remainder focuses on -3EV. This lets the D850 focus well in almost complete darkness.

We’ve noticed that the D5 was extremely popular with sports and action photographers. The credit can go to the ingenious autofocus system. We expect the D850 to be a favorite among the same demographic of photographers because of its improved AF that relies on similar technology. Photographers transitioning from the D810 will notice the difference when faced with taking low light photography. The D850’s ultra-sensitive AF will snap into focus very quickly when faced under such scenarios.

The Nikon D850 autofocus will fine tune itself for each lens you equip on the camera. The camera is compatible with AF NIKKOR lenses, including type G, E, and D lenses, DX lenses, AI-P NIKKOR lenses, and non-CPU AI lenses. The viewfinder is an eye-level pentaprism single-lens reflex viewfinder.

The Nikon D850 was a much-awaited sequel camera that had a lot of interesting hype surrounding its release. The wait and the hype were all worth it. The D850 is jam-packed with rich features and settings that are for all kinds of photographers. The features are tremendous camera performance and awesome image quality.

A couple of negative points would go to its poor wireless transferring and a traditional lack of image stabilization. However, they don’t take away much from the experience as a whole. You will especially love it if you have used the D5 series and want something similar. D810 users will notice some major differences in this version but will come to appreciate the changes.

It comes with other minor downsides like the efficiency of the SnapBridge connectivity. However, the camera works well for a variety of scenarios. You can use it to capture action scenes, sports footage, wedding photography, landscapes, portraits and more without any compromise in quality. The Nikon D850 is an all-rounder camera that has bested its predecessor, the D810 and its rivals.

7
Score
The Nikon D850 is a very reliable camera that can be appreciated by professionals and enthusiasts. The camera can serve all kinds of photography purposes. It has very few flaws and an abundance of positive qualities. The D850 is definitely among top picks for all-time DSLRs.