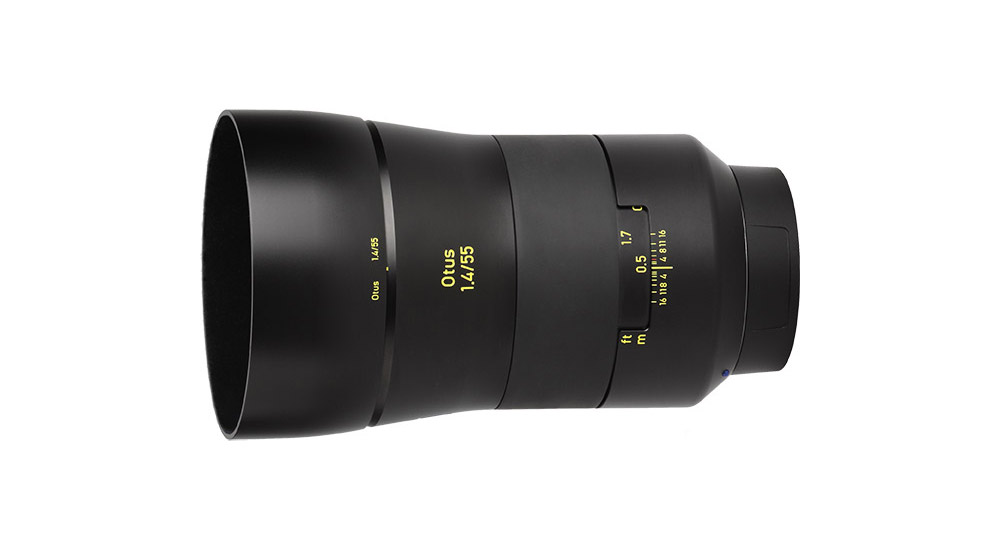 When it comes to third-party lenses which boasts the best in quality, ZEISS is usually a name that tops the list. One such lens is the ZEISS Otus 55mm f/1.4 which had quite a bit of hype on its initial release and understandably. ZEISS has the reputation for top quality, but this is an expensive prime lens which has to justify its high price tag. In medium format land, high price tags are a given, but with a third party DSLR lens and much more cost-effective equivalents, it really has to prove its worth for the price.

For such an expensive lens it has to deliver above and beyond brand equivalents in all areas, not just to be a fancy bit of glass hanging off the end of your camera. Here we will take a look into the specifics of the lens and see if it justifies the cost.

A 50mm lens is the standard focal length, so the 55mm offering here can be used in a wide variety of applications from portraits to landscapes and everything in between. The ZEISS website says that the Distagon lenses of this type are good for DSLR and mirrorless system cameras giving good correction to the corners of an image.

The ZEISS Otus 55mm f/1.4 has a floating elements design, with 12 elements in 10 groups, six lens elements with anomalous partial dispersion, one with double-sided aspheric. The aperture range is f/1.4 to f/16, with the focusing range of minimum 0.5m. The barrel has an all-metal design with a 77mm filter thread. Mounts available are for the Canon EF-Mount (ZE) and the Nikon F-Mount (ZF.2) This lens is also long and heavy, even compared to a moderate Zoom lens. It’s also manual focus, so you have to do the focusing work here.

The focus ring itself is large and extremely smooth in operation. It has 248 degrees of turn and the smooth operation helps you to dial in the focus, even down to f/1.4. The front element doesn’t rotate when focusing, which means you can fit your favorite filters. A DOF (depth of field) scale in bright yellow letters (useful in low light) is found on the barrel, along with aperture marks.

The lens also has a metal hood, which feels very robust and fit seamlessly onto the lens barrel. The hood fits so seamlessly that you think it is part of the lens itself. Everything seems solid and sturdy on this lens reflecting its air of quality and heavyweight feel at 1030g. So much so, it weighs nearly twice that of other 50mm lenses and roughly a third longer in length.

One thing that is immediately apparent with this lens is its sharpness right down to f/1.4. You may have to dial this in maybe even with live view, but once you do, the results are fantastic. The transition from sharp to smooth in an image just boasts quality, with close-ups showing every detail. There may be some peripheral shading at f/1.4, but it’s the image quality and sharpness that draws your attention.

At f/1.4 bokeh gives nice rounded highlights from the nine blade aperture producing 18 pointed stars on a specular surface which look very natural and pleasing coming up very predominantly with a narrow aperture. The lens at this range is also flare-free making images super smooth in bright sunlight.

As ZEISS promotes this lens as being distortion free, then images of buildings and architecture are usually the acid test. There is a small amount of barrel distortion with the the ZEISS Otus 55mm f/1.4, but this is hardly noticeable until post-processing and then can be easily corrected.

One overriding quality of this lens is the sharpness across its range, especially wide open. Shooting a subject close up against a comparable 50mm lens gives a much sharper image with the ZEISS Otus. This can make all the difference when you are shooting things like portraits, landscapes and although this isn’t a macro lens, even small objects have a new air of clarity.

Depending on the brand of camera you currently own, the competition is weighed in with the Canon EF 50mm f/1.2L USM, Sigma 50mm f/1.4 EX DG HSM, or the Nikon 58mm f/1.4G AF-S lens. These are all great quality lenses which will give you fine results, but the ZEISS Otus 55mm f/1.4 just has that extra level of quality across-the-board, but for that extra level comes a much-increased price tag.

The large price tag for the ZEISS Otus 55mm f/1.4 comes down to it’s no holds barred quality of materials and build. There is also a long production time to make sure every step of the lens build meets its exacting specifications. Basically, this lens costs more to make and thus a higher price.

You’re going to get the full benefits of this lens from a full-frame camera body, but it won’t be completely wasted on a crop sensor body. ZEISS says they have extensively tested the lens against medium format systems and say that on a high-resolution DSLR you can get comparable quality. This is a bold statement, but it is highlighting the fact that those who need discerning amounts of quality which usually comes from a medium format lens, can now enjoy the same levels from the Otus 55mmf/1.4.

If you want the ultimate in lens quality in the 50mm range, then the ZEISS Otus 55mm f/1.4 is the one to own. This piece of glass produces flawless images and is built just as well. The problem is obviously going to be the huge price tag compared to similar lenses, but you have to think of this as the best of the best when it comes to quality, which will always commands a premium price.

9
Score
The ZEISS Otus 55mm f/1.4 is a premium quality prime lens, being one of the best in its focal range. To gain this level of quality it also has a high price tag, but once you see the image results the price definitely becomes secondary.