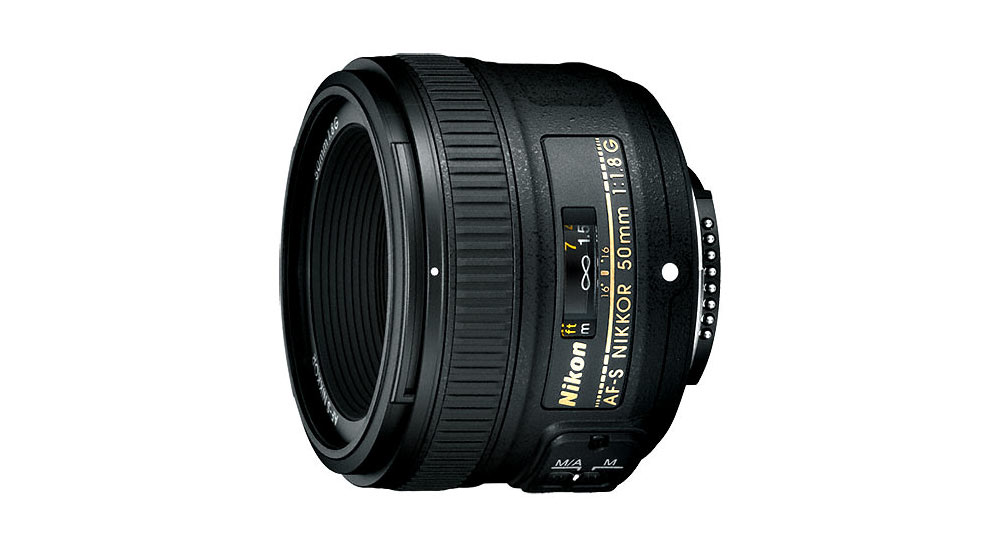 Always have a backup plan. This also applies to camera lenses. A 50mm lens is not just a good all-rounder, but it’s a great fallback lens, especially one like the Nikon AF-S NIKKOR 50mm f/1.8G, which is very affordable and gives decent results. This Nikon model benefits from having a wide aperture of f/1.8, being quite robust and able to give you nice bokeh when needed.

The Nikon 50mm f/1.8G supersedes the Nikon 50mm f/1.8D which was released in 2002, now with better optics. The Nikon AF-S NIKKOR 50mm f/1.8G has bigger groupings and elements with seven optical elements in six groups, with one being an aspherical element for reducing chromatic aberrations. This is definitely a selling point, as the more expensive Nikon 50mm f/1.4G doesn’t have this feature. The lens also has a Super Integrated Coating for reducing lens flare. It can be used on both FX and DX sensors and works out to be 75mm lens on a crop sensor/DX sensor.

The Nikon AF-S NIKKOR 50mm f/1.8G has a silent wave motor (AF-S) for near silent focusing as well as being able to be used on more cost-effective bodies such as the D3100 and D5100 with a Nikon F-Bayonet. The other benefit to the focusing system is that you can override it with manual focus via the M/A focus mode switch, especially good for zeroing in on things like landscape images.

The construction of the lens consists of a plastic barrel, presumably to keep down costs and a metal mount. Size-wise, it’s almost as big as the Nikon 50mm f/1.4G, being just a touch smaller, a definite size increase over the older 50mm f/1.8D. You wouldn’t expect full weather sealing for the price, but there is a rubber gasket on the lens mount which will keep out dust. If you’re careful with this lens in whatever weather conditions it meets and fit a protective filter, it should be usable in most situations.

If you want to focus manually on the Nikon AF-S NIKKOR 50mm f/1.8G, the focus ring is up front of the lens barrel and moves with smooth and quiet operation. Flicking the M/A and M switch on the side of the lens will swap between full manual focus and autofocus with manual override.

The Nikon 50mm f/1.8G is firstly very quick to autofocus. The autofocusing is definitely audible, but not so much to be distracting. If you want to compare it to the 50mm f/1.4G, it focuses just as fast and accurately, being just that bit noisier. Like most lenses, it starts to struggle in low light conditions, but engaging AF-assist helps enormously in this area.

As you would expect from a lens in this class, sharpness is reasonably good at f/1.8 and gets considerably better at f/2.8-f/5.6, peaking around f/8. No surprises there, but the lens does deliver good results in the center of the frame at f/1.8, along with giving some pleasing Bokeh. Although it’s not as smooth and pleasing as higher-end lenses, the bokeh is still smooth with central highlights being rounded, pretty good for a seven-blade lens, almost similar to the results you would get from a rounded nine-bladed diaphragm.

When completely wide open this lens does have quite a bit of vignetting but starts to go away around f/2.8 and by f/4.0 is almost completely gone. Vignetting is also more pronounced when you focus to infinity. There is also a slight but noticeable amount of lens distortion which is easily corrected in post-editing.

In real-world use, the Nikon AF-S NIKKOR 50mm f/1.8G lens is actually sharper than the Nikon 50mm f/1.4G when wide open, which is initially surprising, but this could be down to the aspherical element, but also to optical advancements. Images are crisp and sharp, especially when in good lighting conditions, with the lens also performing quite well in low light, especially with fast autofocusing.

The Nikon AF-S NIKKOR 50mm f/1.8G is fast and sharp across its aperture range and produces, sharp and rich images, surprisingly better than its asking price. Bokeh is nice and pleasing with almost rounded highlights and is definitely an upgrade from its predecessor. You do get noticeable vignetting wide open, but just like the distortion, this can be got rid of in post-processing or you could try for f/2.0 or above.

Its other benefit is its small size and weight which, if you are used to carting around a heavyweight zoom lens, will make your camera feel like it’s been on a serious diet. Fitting a 58mm filter is really a pre-requisite for keeping everything clean up front and also should be good for reducing flaring. Then again, if you use the lens hood this shouldn’t be a problem.

This lens is definitely recommended on both FX or DX camera bodies and will serve in a variety of different situations from portraits, events or even the bride and groom on a wedding shoot. It’s small enough to fit into any camera bag and will provide great quality. Even if you don’t use it often, a 50mm with f/1.8 is always a great fallback lens for when you want a standard portrait look or when all else fails. There may be more expensive lenses out there at or around 50mm, but at the price point, you really can’t go wrong.

9
Score
The Nikon AF-S NIKKOR 50mm f/1.8G is a well-priced 50mm prime lens that is small and lightweight enough to fit into anybody's camera bag. It provides good, sharp images for the price.