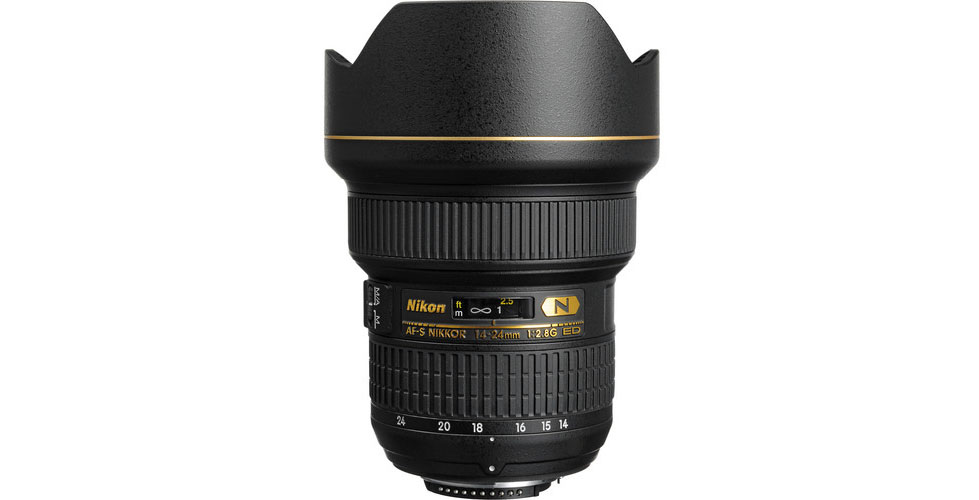 The Nikon 14-24mm f/2.8G ED lens was introduced in August 2007 along with the Nikon 24-70mm f/2.8G ED. Here “ED” stands for extra-low dispersion which means that the lens should capture the images with an unbelievable amount of sharpness and reduced chromatic aberration. It is capable of delivering stunning colors and great contrast across its zoom range and has been known for excellent edge-to-edge performance.

This Nikon lens is clearly a work of art. When released back in 2007, it was to be used with Nikon’s first-ever full-frame D3 DSLR. At that time, it was the world’s first 14mm ultra-wide-angle zoom lens with a constant f/2.8 aperture and in terms of optical performance, it stood up well against the prime lenses.

From landscape to fashion photography, the Nikon 14-24mm f/2.8G ED lens was designed to address a variety of photography needs. It features Nikon’s state-of-the-art optical technologies and can used with both full-frame (FX) and cropped (DX) format cameras; however, it was specifically introduced to work well on FX cameras. For DX sensors, however, any one of Nikon’s 12-24mm f/4G DX or 10-24mm f/3.5-4.5G DX can be chosen to fulfill ultra-wide-angle photography requirements.

There seem to be two major drawbacks of this lens – its heavy weight and high price tag. Otherwise, we can say that it is almost perfect in every way.

The Nikon 14-24mm f/2.8G ED is a solid lens. It’s mostly made of metal and the non-removable hood on its front seems to be the only component made of plastic. It’s one of the heaviest Nikon wide-angle lenses weighing around 969 grams.

The lens is weather-sealed quite effectively and you can use it in hot, humid, cold, and even in rainy conditions. The center of balance is close to the zoom ring where a photographer would normally place their left hand to hold the lens, so there won’t be any balance issues on entry-level or pro bodies.

While many other lenses often struggle to focus in low-light conditions, the Nikon 14-24mm f/2.8G rarely fails in this area, especially when it’s mounted on the latest generation Nikon DSLRs. Overall autofocus performance of the lens is excellent and it’s not something one could say about many other lenses available on the market.

When it was launched, the Nikon 14-24mm f/2.8G ED was the only ultra-wide-angle zoom lens available that delivered images with great sharpness. It rivaled many older prime lenses that were built for film cameras. It performed so well that even Canon photographers were impressed and used it with adapters until Canon released their own 11-24mm f/4L USM.

In terms of optical performance, it set the standard in a way that Nikon and other manufacturers used it as a template to invent more capable prime and zoom lenses for high-resolution cameras. The top class contrast and stunningly beautiful colors evidently speak of Nikon’s best optical design.

At 16mm, after zooming in, focus shift starts getting reduced but comes back again at 24mm. At this point (24mm), corners of the image look good but again the center gets blurred. To prevent these issues on high-resolution sensors, it is recommended to stop down to f/5.6-f/8 in live view before focusing.

The lens feels solid in hand and manual focusing is easy as the focus ring is placed on the front of the barrel for easy access. When you turn the focus ring to the end of its range, the ring will continue rotating with some resistance and won’t stop abruptly.

The zoom ring feels a little hard but gets smoother after some time as you continue using the lens. Because of the fixed plastic hood, the physical length of the lens doesn’t change, yet the front element moves in and out when you adjust the focal length.

When it comes to bokeh, the Nikon 14-24mm f/2.8G ED can obtain reasonable results when you shoot any subject at a focal length of 24mm, although ultra-wide angle lenses aren’t designed to produce bokeh.

With this lens, vignetting effects are definitely observed at large apertures, but they are not as heavy as on some other wide-angle lenses. For instance, if you compare with the Nikon 16-35mm f/4G VR shooting wide open, the Nikon 14-24mm f/2.8G ED performs quite well.

Ghosting and flaring effects are normal on any lens when shooting against the sun, however, there are always some steps taken by the manufacturers to reduce these effects. Therefore, the 14-24mm f/2.8G features Nikon’s proprietary Nano Crystal and Super Integrated Coating technologies, which do a remarkable job to protect against ghosting and flaring. If the light is bright enough or large enough, it can still damage your result.

At 14mm, there is considerable amount of barrel distortion observed on the lens, which can be reduced and barely noticeable at 18mm. It completely vanishes at 20mm.

Sigma has recently launched its own 14-24mm f/2.8 DG HSM Art Lens to compete with the legendary Nikon 14-24mm f/2.8G. Although it offers some great specs and features that Nikon offers, it can’t match the sharpness of the Nikon lens.

Nikon’s 14-24mm is renowned for its strong barrel distortion at 14mm and does a great job compared to the Sigma. It also has slightly less pincushion distortion than the Sigma at the long end. The Nikon 14-24mm f/2.8G weighs less; however, it is considerably more expensive.

The Nikon 14-24mm f/2.8G has set a precedent for many years. It’s a very sharp lens that delivers stunning colors and contrast. It might not do well when paired with some modern high-resolution cameras (especially modern prime lenses of this age), and it might have some issues as well — such as focus shift and curvature of field — but still, it’s an excellent performer and does well in many areas. It can provide great amount of sharpness throughout its focal range, even at the extreme edges.

One important aspect is that the price of this lens is quite high. There are better low-cost options on the market such as the Tamron 15-30mm f/2.8. Nikon should focus on upgrading this lens with some modern technology features to make it more suitable for high-resolution cameras if they don’t plan on reducing its price.

8
Score
The Nikon 14-24mm f/2.8G has a lot to offer and can be a great choice for professional photographers. It has fast focusing speed, high accuracy, excellent low light performance, and is built solidly enough to withstand hard treatment and harsh elements.