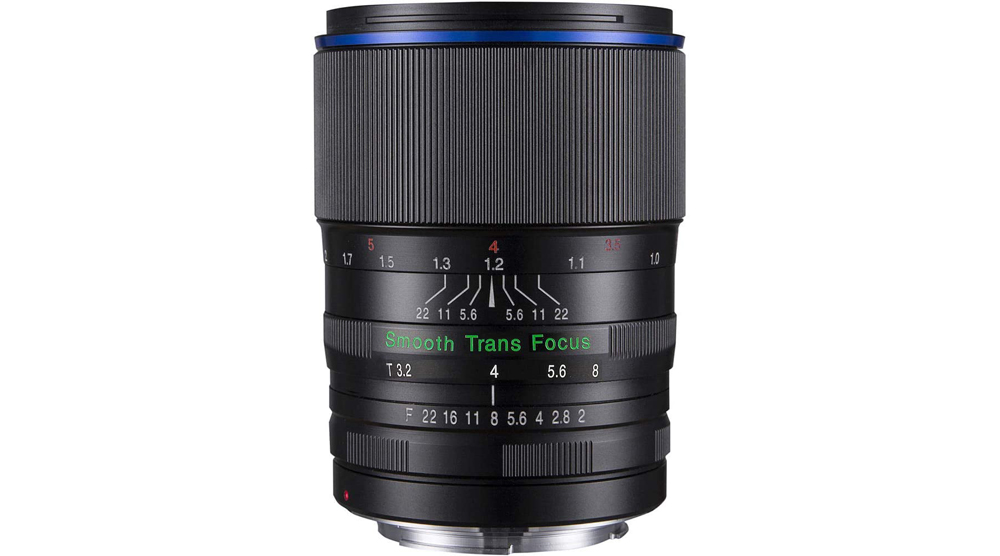 The Laowa 105mm f/2 STF is a bit of a quirky one from a fairly new lens manufacturer, and it’s interesting enough to catch our attention.

This lens is a fully manual Smooth Transition Focus (STF) lens, so it may take those used to autofocus a while to get to grips with the workings. It functions brilliantly as a medium-telephoto portrait lens.

One of the interesting features of this lens is that it uses an apodization element that allows the lens to create fantastic bokeh while giving a super-sharp subject.

The Laowa 105mm f/2 STF is currently made to fit Canon, Nikon, Pentax, and Sony cameras, so let’s take a look at what this unique prime lens can do.

Build quality of the Laowa 105mm f/2 is good and solid. No plastic, and the barrel and focusing rings are all metal. The lens markings are all engraved into the barrel, which is a nice touch and means they won’t wear away with constant use.

The included lens hood is less impressive. It’s plastic and doesn’t lock on to the lens very well. It also tends to get caught on the lens cap, which gets annoying very quickly.

It’s a heavy lens. Although it’s not huge, the metal construction and fast maximum aperture mean weight. It comes in at 745g, so you’ll know you’ve got it on your camera on a long shoot, especially if you’re using it on a smaller DSLR as it will be front-heavy.

The Laowa 105mm takes a 67mm filter, and the lens barrel doesn’t rotate while focusing, so that’s good news for circular filter users.

The focus ring is 32mm wide and ridged. It gives a nice amount of surface area for grip and the ring moves smoothly with good resistance, making it easier to make precise adjustments to the focus. The lens is marked with engraved focusing distances, which is a nice addition.

The Smooth Trans Focus (T-Stop) and aperture rings are also engraved, although naturally much narrower than the focus ring. The aperture ring is closest to the lens mount, and it has spaced ridges. It gives a satisfying click every for every f/stop when you turn it.

The transmission-equivalent stop (T-stop) ring doesn’t click, meaning that the movement from T3.2 to T8 is smooth, and it has markings at T3.2, T4, T5.6, and T8. The apodization filter in the Laowa 105mm f/2 blocks light, so while it’s mechanically an f/2 lens, the filter makes it so that it only transmits as much light as an f/3.2 lens. This is why there are T-stops as well as f/stops.

Optically, the Laowa 105mm f/2 STF has 11 elements in eight groups. These include an APD element, a high refractive element, and three low dispersion elements.

This lens is designed specifically to give razor-sharp images with a smooth and creamy bokeh, which is especially useful in wedding or portrait lenses like this one. The apodization element is there to create smoother transitions from the in focus to out of focus areas, and it is especially evident in the out of focus highlights.

The aperture is eight-bladed, and the stepless T-stop diaphragm has 14 blades. The second diaphragm affects how much light is transmitted to the sensor, which has an effect on the depth of field.

So how does this work in practice? Let’s find out!

As this lens has no autofocus to discuss, we’ll start off by looking at the sharpness. The apodization element plays a big part in keeping your subject sharp while giving a smooth bokeh.

It can be hard to manually get that focus exact if you’re not used to using a manual focus lens, but with a bit of trial and error, you get images with amazing sharpness and a lot of detail. Distortion isn’t much of an issue either, but it rarely is with 105mm lenses.

As for vignetting, there isn’t very much even when shooting at f/2 on a full-frame camera. Some portrait photographers like a little vignetting at the corners, but others don’t, and when you stop this lens down a bit more it disappears completely.

Purple fringing and chromatic aberration were pretty much a non-issue too. The colors are nice and not over-saturated with this lens, but it’s not very contrasty, so images may need a boost in post-processing.

Manual exposure and shallow depth of field can bring their own problems, especially with portraiture. The slightest movement of your subject can make a huge difference with the Laowa 105mm f/2 when you are shooting at wide apertures, and it can be tricky to nail the focus. This lens is best used on a tripod, and even then it takes some practice.

You need to concentrate and take your time to get the focusing right with lenses like these. This is not a bad thing in itself, but it can slow you right down. Another thing is that when you are holding the lens and constantly shifting the focus ring, it’s too easy to move the STF or aperture rings by accident.

What about the bokeh? Well, it’s beautiful! The backgrounds melt away without any hard edges, leaving your subjects sharp and detailed. Out of focus highlights are sublime, and it’s safe to say that Venus Optics has produced a lens that lives up to its name of ‘Bokeh Dreamer’.

One thing you may find is that your camera exposure meter is thrown off a bit by the Laowa 105mm f/2 STF because it has no electronic contacts on the lens. It depends on your camera brand, but you may find you have to manually compensate for exposure, depending on the aperture and lighting conditions you are in. This is one of the quirks of the lens, and not really a big deal.

The Laowa 105mm f/2 STF has a serious rival in the Sigma 105mm f/1.4 DG HSM Art. The Sigma comes in Nikon, Canon, and Sony mounts, but it costs nearly three times as much as the Laowa.

Of course, the Sigma lens gives you that extra stop of light, has autofocus, and it produces amazing bokeh, but it is even heavier than the Laowa 105mm at 1645g, and it needs a tripod collar to support it.

Optically, there’s not much to choose between the two, but it does come down to whether you want auto or manual focus, and how far your budget will stretch.

Every so often, a lens maker comes up with something unique that produces beautiful images, and the Laowa 105mm f/2 STF is all that.

As with most unique things, there are some flaws mixed in with the good stuff, and that is mostly the manual focusing only, and the need to use exposure compensation because the lens won’t talk to the camera.

This lens isn’t going to suit everyone and will probably divide opinion among photographers, but it’s one of the most satisfying and fun lenses to use when you nail the focus. That sharpness and bokeh are to die for, and there’s something satisfying about slowing down and taking your time to focus manually.

The Laowa 105mm f/2 STF is a great portrait, nature, and still-life prime lens at a decent price, and it gets my seal of approval!

9
Score
Super-sharp and lovely bokeh, the Laowa 105mm f/2 Smooth Trans Focus (STF) is a lovely portrait or still life lens, but it won't suit everyone. Build quality is excellent, and it is good value for money. Only downsides are the lack of AF, and needing exposure compensation on some cameras.