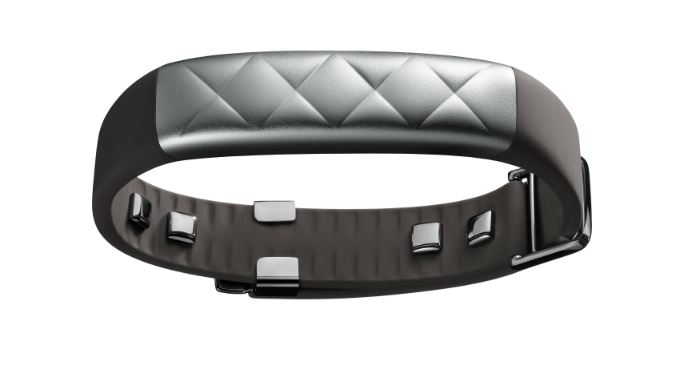 The Jawbone UP3 might be one of the most attractive fitness trackers on the market right now, even after many years since its launch. It’s lightweight, thin, and looks more like a piece of jewelry than anything. It’s something that most other fitness trackers can’t say for themselves.

But we all know looks aren’t everything, it all depends on what performance and features this tracker has to offer. Its price has been getting lower and lower every day, but can it establish superiority over other entry-level, affordable activity trackers? We will find this out in our detailed analysis of Jawbone UP3 below.

There is no denying that the UP3 is a good-looking device. In our opinion, it doesn’t come with any eyesores or anything that should really make it look like a fitness tracker. It mostly comprises of a premium rubber material that’s much durable and feels comfortable on the skin. The top of the wearable tech device – which carries all the internals – is built of plastic. Some models have a ridged pattern on the top, while others with different textures are also available.

Sadly that’s where the positives end for the UP3 in the design domain. You’ll notice five little gold spikes on the inside of the device. These are the bio-impedance sensors that will monitor your heart rate. The way these sensors are placed, is what makes the Jawbone UP3 so uncomfortable to wear, though. They dig right into your skin and often leave marks. In order to make it a little comfortable, you constantly need to adjust the placement of the tracker on your wrist. No matter if you are wearing it closer to your hand or further away from it, you won’t find a comfortable position.

It would have been nice if Jawbone added an optical heart rate sensor, like the one you’d find on the Fitbit Charge HR or Blaze. But we can’t help but think an optical HR monitor would make this device much more comfortable to wear everyday.

The clasp mechanism isn’t very good, either. No matter where you wear it on your wrist or how tight you wear it, you will find the UP3 falling off multiple times per day. Obviously, this is not something you want to see on a fitness tracker. And most of the times you wouldn’t even be exercising and it would fall off your wrist.

As you’ve probably already observed, there’s also no display on the UP3. You will find three little LED-lit icons that tell you which mode is activated. This means that if you need to see how many steps you’ve taken for the day, when your next alarm will be going off, or anything else, you’ll need to start the UP app and wait for your device to sync.

The usual bevy of fitness tracking metrics is offered by the Jawbone UP3. It tracks your steps taken, traveled distance, calories and even your sleep. By comparing the UP3’s fitness tracking results with Fitbit Alta and Withings Activite Steel, we observed that all three trackers seemed to produce similar results in terms of steps, distance and calorie tracking.

Since the UP3 lacks the display, you won’t need to select the “start workout now” button manually, if you are planning to start your exercise. Your workouts will be recorded automatically in the UP app, which works most of the time. Sometimes you would notice the UP3 would record your workouts to be a little less than they actually were. For instance, if you went on a 40-minute run, the device would sometimes record it as a 34-minute workout or even less than that. You have the edit option for your workouts in the UP app after the fact, but it’s not really ideal.

The UP3 reminds you to move if you’re idle for any time between 15 minutes and two hours. You can also adjust times for this feature to turn it off, so it won’t irritate you when you’re trying to relax at the end of the day. This small feature is found to be quite handy.

Sleep tracking also exists here, and it’s one of the main features of the UP3 that doesn’t come with a ton of problems. The UP3 can keep track of your deep sleep, light sleep, and awake times throughout the night, and the results are found to be accurate. Another cool feature it comes with is called a Smart Alarm that will wake you up at exactly the right moment in your sleep cycle. Smart Alarm is also one of those little features that you would really love about the UP3.

The awkward thing here is the clasp mechanism. A lot of the time you would wake up and the UP3 would be lying next to you or unclasped but still on your wrist. Additionally, it’s so uncomfortable to wear because of the bioimpedance sensors and it is tough to forget you are wearing it when you go to bed.

Heart rate tracking on the Jawbone UP3 is also a disappointment. Since it doesn’t have an optical heart rate sensor, the bioimpedance contacts will only measure your passive heart rate and resting heart rate. This means it will collect your HR data for the whole day and store it within the app, but you won’t have an option to manually choose when it records this data. So if you’re working out, on a long walk, or just sitting around, it won’t give you real-time HR stats, which is arguably what most people need from a fitness tracker with a built-in heart rate sensor.

You can’t say that resting heart rate data isn’t necessary or useful – it is, and very much so. Resting heart rate data will help you conclude how different factors such as caffeine, stress, and more affect your heart every day. But when Jawbone claimed that the UP3 was the most advanced fitness tracker in the world, we thought it would bring something new to the table than what it currently offers.

The heart rate readings were found to be accurate most of the time. It wasn’t very far off from what the Blaze or Charge HR would give you, and it seems to be the same case with other wrist-mounted fitness trackers on the market.

Now the most controversial part of the UP3 is perhaps the waterproofing. The launch of the UP3 was delayed for almost six months because Jawbone couldn’t figure out how to waterproof its device properly. The UP3 eventually shipped out to customers, but it turned out to be water-resistant, not waterproof. This means that it is wearable in the rain and you can get it wet in the shower or don’t need to worry about sweat. However, you do need to take it off before you plan to jump in the pool or relax in the sauna.

The battery life of the UP3 is incredible. Jawbone claims it will last seven days on a single charge, and it is understandable because the device doesn’t come with the display.

Jawbone’s UP app does a good job at displaying your most important data at the forefront. It not only gives you standard step, distance and calorie information, but also suggests some tips and tricks on how to attain your next round of goals.

It also connects to a large number of other apps like IFTTT, MyFitnessPal, Runtastic, and even other devices like the Withings Scale and Nest Thermostat.

If you want an activity tracker that offers a similar set of features, then the Charge HR will be a better option. It’s cheaper than the Jawbone UP3 and also offers accurate heart rate tracking and a more secure strap. You will have to make some compromises though. Its design is not as sleek as the UP3 and the software also lacks the analysis that Jawbone’s platform offers. If you can manage to live with a not so pretty design and the smart coaching features, then it will be a good option.

Otherwise, the UP2 is a better option, too. While it doesn’t have the heart rate monitoring feature, it isn’t a major loss as Jawbone was unable to use the data in the most useful and significant way.

8
Score
The UP3 is an incredible feat of engineering, but if you plan to buy one, you should bear in mind that the fitness tracker is losing the support fast with the company exiting the wearable’s market.