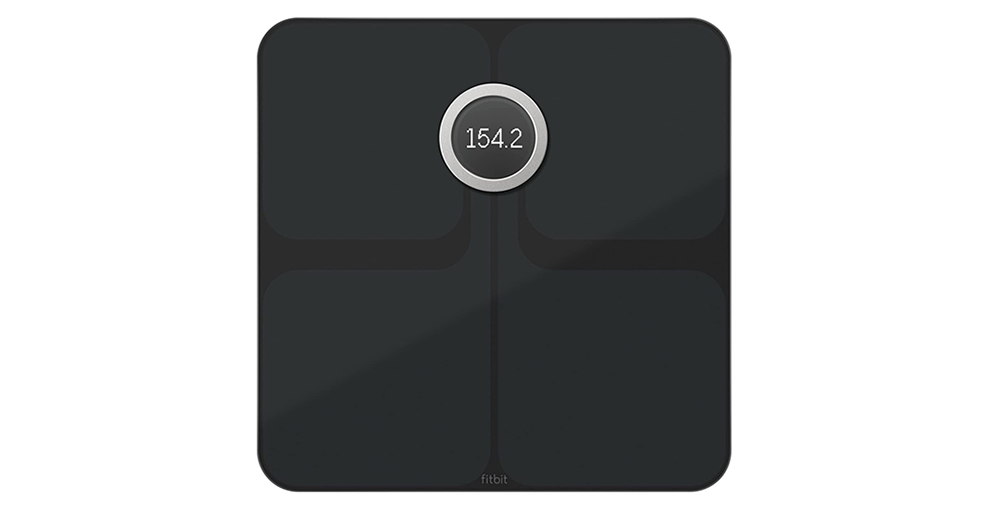 Scales have been around a long time, and anyone who has attempted any diet has probably been addicted to weighing themselves every possible moment of the day. Some people obsess over the number on the scale, not considering their own personal results or other metrics.

We know now that your actual weight on a scale is not a good enough metric to fully understand what is going on in your body. To get a better snapshot, we need to know how your weight changes from day to day, or even during the day. You also need to know things like hydration levels or body fat percentages. Knowing this information allows you to get a better understanding of the whole situation.

Back to scales, for the most significant part of their existence, they have only performed one task, they determined the weight of something. Well now that we have moved into the world of smart everything, Fitbit has created a smart scale named Aria 2.

The Fitbit Aria 2 is a WiFi enabled smart scale. It can determine a person’s weight, body fat percentage, body mass index (BMI), and percentage of lean mass. It is designed to work with the Fitbit app and Fitbit trackers. All this means you will have a lot of information about your body and your day to day movements, which will help you understand the changes in your body composition from day to day.

The Fitbit Aria 2 is loaded with features to help you make the most out of the system:

Automatic Recording of Your Stats

One of the biggest draws of the Aria 2 is that it is nearly input free. The only thing you have to do is step onto the scale. It automatically records your stats, connects with your smartphone, and transfers the data into the Fitbit app, which is then synced with the cloud.

Ask anyone who weighs themselves often, and you will find people don’t like to record their stats. Even if you are using a smartphone app to track your weight, you likely to forget to add it or forget what your weight was that morning, it’s inevitable.

However, with the Fitbit Aria 2, it’s all done for you as soon as you step off the scale. The phone app will even remind you to weigh yourself when the tracker detects you are awake for the day. It really could not be any simpler.

There is no better motivator in life than progress. If you are putting in the work to lose weight or body fat and you can’t see results, it feels like a small victory.

With the Aria 2, you can see your results on a daily basis. Furthermore, the data is not only in written form, but you can also view it in graphs and charts, which makes it easier to see your changes and progress over time.

In addition to the ability to view the information in more understandable ways, Fitbit also has a great selection of badges, challenges, and other products to help keep you motivated and keep your mind in the game, which can make a significant difference on days you might be feeling like skipping the gym.

One concern that is often raised about the Aria 2 is that some data, such as the body fat percentage and lean body mass, are not accurate and can provide a false sense of progress, or make a person believe a strategy is working when it is not. It could also cause someone to become discouraged if they fail to see the progress that is actually there due to inaccurate results.

The Aria 2 uses small electrical signals that pulse through your body (the reason you have to be barefoot) and can read the feedback and resistance. Using this data, the programming can approximate the amount of fat versus lean body mass. It then uses your current weight to determine your percentages.

Now the big word that a lot of people jump on when talking about BIA is “approximate.” Now the medically accepted way to determine a person’s fat percentage is with skin calipers, a lot of measuring, and some formulas. If you compare the percentages from this kind of measuring with a BIA measurement taken at the same time, there will likely be some differences. While Fitbit does not state how much of a difference, a lot of people who have tested it claim it is between zero to one percent.

The Fitbit Aria 2 Is Not for Everyone

Due to the electrical signals that the scale uses for BIA, the Aria should not be used if a person has a pacemaker or other electrical implant. It should also not be used by children less than 10 years old or if a person is pregnant or thinks they may be pregnant.

Does This Mean BIA and the Fitbit Aria 2 Are Not Useful?

Absolutely not. One thing about the Aria and its BIA measurements is that they are consistent. While it would not be useful for giving a doctor your lean body mass, it is helpful for figuring out if you gained or lost body fat, as long as both measurements were done on the same scale.

8
Score
The Fitbit Aria 2 WiFi Smart Scale is a wonderful advancement over the standard bathroom scale. The Aria's ability to provide you with more data allows you to better understand what is going on with your body. This would be a significant advantage to anyone who is trying to monitor or control their weight.