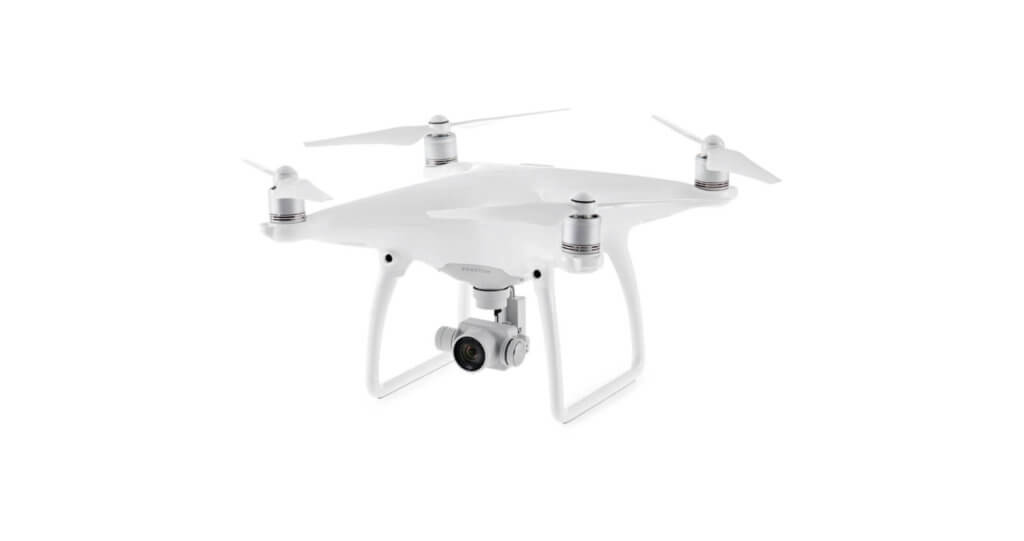 The DJI Phantom 4 Pro is one of the many incredible drones made by the company. DJI itself has made a strong presence in manufacturing impressive drones. Due to their high-end features and functionality, Phantoms are the most popular drones worldwide.

DJI definitely stays on top of their game releasing new models at a consistent rate where features are always enhanced. In this case, the DJI Phantom 4 Pro made its way into the market over a year ago but still stands strong against its competitors and here’s why.

If you are familiar with the original Phantom 4, the Phantom 4 PRO is exactly the same in design and build. It has a hull shape that can be seen in its predecessor though the few differences are due to the placement of its new sensors. Aside from that, you can expect the same strong and sturdy build that has been seen before in the Phantom models.

Even though the DJI Phantom 4 Pro looks the same as the Phantom 4, the features are not the same what-so-ever. DJI has enhanced the drone with many new features from its camera quality to countless sensors that have been tucked into the drone’s legs.

With its enhancements and incredible quality, there is one downfall with the Phantom 4 Pro and that is its size. If you are looking to have something portable, this drone won’t be ideal.

The Phantom line falls behind to the DJI Mavic Pros where the arms and props of these drones are made to fold down and transport easily. The Phantoms are small enough to fit in a backpack but not as small as the Mavic Pro and Mavic Pro 2.

The DJI Phantom 4 Pro in Use

The Phantom 4 Pro takes great pride in its improvements from the Phantom 4. There are many small upgrades but these make both versions completely different from one another.

One of the most obvious additions to the Pro is the five-direction obstacle avoidance system. In comparison to the Phantom 4 that only had the forward facing sense and avoidance, this new system has it for the front, back, left, right, and underneath. As the Pro flies, its sensors actively scan the surroundings and automatically avoid objects like trees, buildings, or other obstacles.

The Pro has a new one-inch image sensor in its camera – making it four times the size of the original Phantom 4. You can also shoot videos in 4K at 60 frames per second with still images at up to 20 megapixels. DJI also included aperture and mechanical shutter control.

If you are looking to have an exclusive version of the DJI Phantom 4 Pro, you can upgrade to the Phantom 4 Pro Plus. It will cost you an additional $300 but this same drone comes with a controller that has a built-in touchscreen display. With this, you won’t have to use your phone as the controller and worry about your phone’s battery life or any interruptions that it can cause while flying.

The range in the Phantom Pro is impressive as it is the same as the Mavic Pro. DJI equipped this model with the new OcuSync video transmission technology which allows the drone to go up to 4.3 miles while providing a live HD video feed.

Although, this is only possible depending on the environment. If there is a lot of interference, the feed tends to cut sometimes before even half a mile. Even with the cut outs, the Pro still takes the title for some of the best range in a drone.

According to DJI, the Phantom 4 Pro is able to fly for up to 30 minutes but that’s not always the case. When put to the hover test, it was able to be up in the air for a little over 28 minutes, but when put to use in different flight modes, the drone flew for almost 27 minutes until it has to automatic land due to low-battery.

From what DJI claims and the actuality of the battery life, it is not far off to it is safe to say that its battery is excellent. It is one of the best in comparison to other DJI drones and competitors.

When recharging, it can take up to an hour and a half to fully charge if the battery is around ten percent. But regardless, the drone automatically lands before ten percent so it will most likely take around an hour and 15 minutes.

DJI has consistently made drones that never disappoint. It’s evident as the name is known worldwide. When it comes to the DJI Phantom 4 Pro, it has made a grand impression in the Phantom Series. After all, it is the latest model so that was expected. But the prior model, the DJI Phantom 4, doesn’t fall too far off with its excellent features.

DJI did it again with releasing another incredible drone. The DJI Phantom 4 Pro is definitely one of the best on the market but you will have to pay the price for it. It does not come cheap to have a top-notch device like this one, but it is worth every coin if you are looking for a drone.

If you are looking for something within your budget, the Mavic Pro or the Mavic Air is another alternative. You will find most of the same features in these drones and they are also more compact and easier to travel with.

The Phantom 4 Pro is the only drone omnidirectional avoidance and its camera does not compare to any other drone. Of course, as time passes, there will be other drones that will take the crown but you can’t go wrong with this one.

9
Score
The DJI Phantom 4 Pro has been turning heads since its release a little over a year ago. Its features are some that cannot be compared to any Phantom, or drone, out there with the exception of the Mavics. But with all things great, there are still some downfalls like the size and price. But if you are looking to invest, this is the drone to go with.