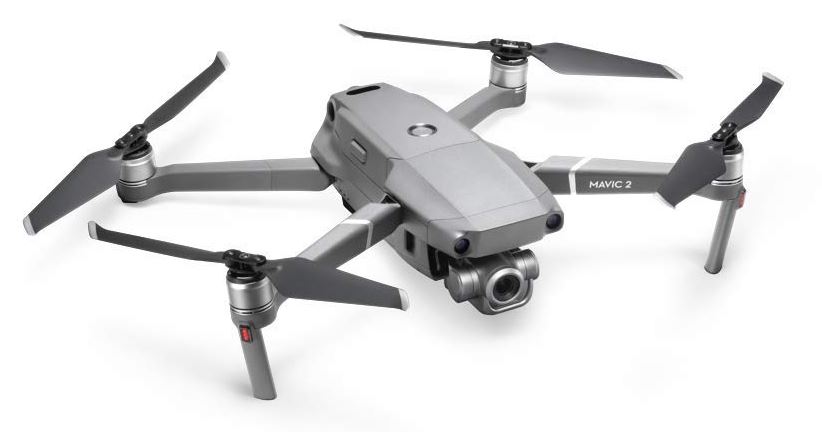 DJI’s Mavic Series drones are small (due to their foldable designs) but powerful. Two new flagships have been recently added to the Mavic fleet that sit above the Mavic Air – the Mavic 2 Pro equipped with the Hasselblad camera, and now the Mavic 2 Zoom.

A few hundred pounds less expensive than the Pro, the Zoom is virtually the same drone, with one main difference: it comes with a different camera – one that features a 2x optical zoom lens, which is a first for a folding drone.

While it doesn’t have the large one-inch sensor, adjustable aperture and 10-bit HDR video like the Pro, this lens gives the Mavic 2 Zoom some unique features that could make it even more engaging than its sibling, depending on the kind of aerial videos you’re looking to capture.

In terms of general design and spec, the Zoom is basically identical to DJI Mavic 2 Pro, so you probably just need to evaluate the image quality section.

The overall shape is analogous to both the Mavic 2 Pro and original 2016 Mavic Pro: four folding rotor arms, a front-mounted camera with a three-axis gimbal for in-flight stability and a rear-mounted battery.

It’s not as small or light-weight as DJI’s cheaper folding models like the Mavic Air or Spark; however, it’s still compact enough to stuff in a little handbag, tote or backpack. You wouldn’t hesitate to pack it when heading off for a hike or any expedition, unlike the non-folding DJI Phantom 4, which needs its own large carry case. 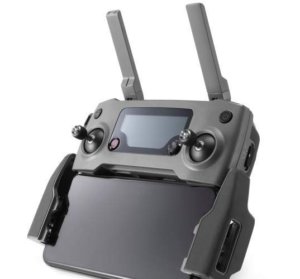 The Zoom has the 8GB of built-in storage and a microSD slot for adding cards up to 128GB in capacity. Footage can be siphoned off to your PC via a USB-C connector that you can also use to connect your PC to the drone for supplying firmware updates; these can be downloaded using the DJI Go mobile app and wirelessly transferred too.

Just like the drone, the controller is also foldable for easy storage – its thumbsticks even twist off and slide into little, hidden slots to keep the profile slimmer; when folded, it’s almost the size of a sunglasses case. Unfolded, its ‘arms’ can hold a phone up to 8.5mm thick and 160mm in length in place, with connectors provided for Lightning, USB-C and micro USB devices.

You’ll need an Android or iOS device running DJI’s app to connect it to the controller in order to fly the Mavic 2 Zoom. The DJI Go app and OcuSync 2.0 transmission technology gives a live HD feed from the drone’s camera to your phone screen.

It works well: even when the drone is flying over 500m away. It is found to be sharp and stable. DJI claims a theoretical control range of about 8000m, but you’d have to be brave enough (and one willing to break the law) to test that. In general, though, we have to accept that this is DJI’s best transmission tech yet, and one of the edges the company maintains over its rival drone makers.

Another good thing is obstacle detection and avoidance. Both Mavic 2 drones are equipped with sensors on all sides, making it almost impossible for them to crash; when flying along preset automated routes, the Mavic 2 Zoom will be able to even fly around obstructions either directly in front or behind it before continuing on its way.

Certain flight modes disable the obstacle avoidance feature, so if you’re whizzing about in sport mode you’ll need to be very careful, but generally, the drone will stop itself before hitting anything, as well as will return to home and land itself in the event of a low-battery warning or transmission failure.

The streamlined shape makes it quieter in flight than the original Mavic Pro and even from the tiny Mavic Air, and adds both speed (this drone can fly up to 72km/h, and feels incredibly agile and responsive) and the battery life.

The Mavic 2 Zoom can fly 31 minutes per charge, which is longer than any equivalent model available (the Mavic Air lasts for 18 minutes, the Parrot Anafi 25 minutes) and a duration that cuts out a lot of the urgency from your flight. So, you got plenty of breathing room here and don’t have to hurry to get your footage before the warning beeps begin.

While the Mavic 2 Pro has an incredible 20-megapixel, one-inch sensor, and adjustable aperture, you won’t get either of these on the Zoom. The Zoom comes with a 12-megapixel 2/3-inch sensor and, yes, that 2x optical zoom lens. This might not sound enough in these days of 125x zoom cameras, like the Nikon P1000, but it can have a real impact on your creative options for photos and videos.

The 24mm widest field of view is analogous what most drone cameras are fixed to, however, that tighter 48mm view comes in handy for getting a little closer to subjects which may otherwise endanger the Mavic’s flight-worthiness.

General image quality is very impressive in daylight, too. While the Zoom can’t match the Pro for dynamic range, general clarity, and color details, it can still record fantastically sharp, richly detailed 4K, 2.7K and 1080p footage at various frame rates, plus 12-megapixel stills in JPEG or DNG Raw format. The footage can’t match the amazing quality of the Pros, but it’s worth remembering that the Zoom costs much less.

For most people, we suspect the Zoom’s image quality will be enough. For professionals and other enthusiasts, the Pro’s features will seem well worth the extra outlay; those who’ll be uploading their footage and pictures directly to Facebook or YouTube likely won’t require that added wow factor or the level of editorial control.

While its videos lack the dynamic range, supreme crispness and rich color depth of its slightly pricier sibling the Mavic 2 Pro, the Zoom maintains all of the other qualities that made that drone so attractive: compact design, quiet rotors, long battery life, agile and responsive flight controls, and safety features can’t be ignored. Basically, it’s the best foldable drone out there, with only its image quality falling short of the Pros.

While it’ll still set you back over $1,249, it’s quite a bit cheaper than the Pro. This might allow you to spend some money on an extra battery, a proper carry case or the like – which, if you don’t really want the Pro’s 10-bit video or low-light skills, might offer more real-world value.