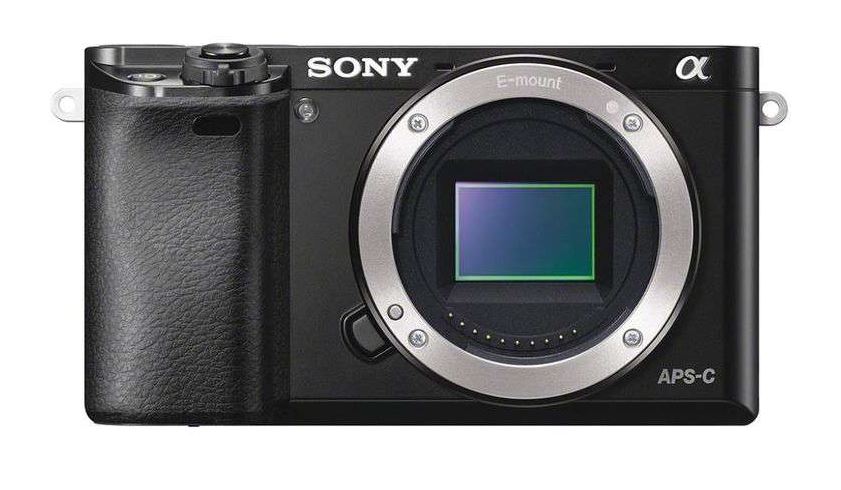 It’s been a few months since Sony decided to officially drop the NEX moniker from its E-mount compact system cameras, renamed all of its interchangeable lens cameras with the Alpha brand, regardless of whether it is an A-mount or an E-mount (those known as NEX) camera. This shows that some Alpha series cameras, such as the Sony Alpha a6000, take E-mount lenses and others take A mount lenses.

Since then, the most exciting products that made debut have been the Sony a7 and the Sony a7R, company’s full-frame E-mount cameras which have been causing waves. Although their cost compares well with other cameras like the Canon 5D Mark III and Nikon D800, they are still a stretch for many.

So, Sony made a decision to launch what amounts to an APS-C version of the a7 in the shape of the a6000.

If you take a look at the a6000, there are many similarities between it and the NEX-6, which it replaces.

The photographers who appreciate a lot of dedicated dials and buttons will probably be more excited using a camera like the a6000 which has plenty of these available.

The grip of the Sony Alpha a6000 is better than the NEX-6, making it easier to hold, especially when you use the camera one-handed. There’s also a nice texture to the camera and it helps with getting a good grip on it, as well as lending it an air of quality.

The NEX-6 had two dials on top of it. One was used to change the shooting mode (such as aperture priority, fully automatic or fully manual mode) and another for setting the shutter speed or aperture – depending on the mode you were shooting in. The a6000, on the other hand, has two dials next to each other on top of the camera. While this takes up more room overall, but it makes the shooting experience easier and less prone to making accidental settings changes. The second dial is very easily reachable with a thumb, which is helpful for making quick changes.

Like most of the other Sony cameras, the buttons on the a6000 are customizable. Sony realizes that users like to adjust their most commonly used settings, so it’s good to see that brought across here too. There’s also a type of quick menu available if you press the function button. Everything that appears in this menu can be swapped out for something that you use more often.

A small custom button can be seen on the top of the Sony Alpha a6000, which is useful if you want quick access to one particular setting often, such as wireless settings.

Sony’s decision not to include touchscreens on some of its CSCs is not understandable, and it seems especially odd not to use one here on the a6000 when the cheaper and with low specifications NEX-5R has this option. Adding a touchscreen option would make it extremely fast and easy to set autofocus points and to navigate through menus. But perhaps the company thinks that more experienced photography professionals are not in favor of touch-sensitive devices.

Setting the autofocus point on this camera can make it speedier with a touchscreen, but is not too bad if you set the right custom buttons. To make things quicker, you can set the Focus Area to flexible spot. From here, you would simply need to press the button, placed in the center of the scrolling dial on the back of the camera to bring up the focus point option. You can then make use of the directional keys to move around the screen. It’s also worth noting that this is the default option for the central button when flexible spot is selected. If you’ve got it set to something else, it will not work in the same manner.

The menu is much easier to navigate, with a sensible arrangement into different tabs for camera settings, wireless settings, custom settings, playback settings and other general settings, including date and time.

While viewing an image in playback, the Fn button will be a dedicated Wi-Fi button that allows you to share images with your smartphone or other devices. You can choose to select a single image, all images or multiple images. Once you’ve set up the Wi-Fi connection with your phone or tablet, you won’t require entering a password again and it’s a reasonably fast process. If you have an NFC enabled device, it’s still quicker, as all you need to do is to tap the two devices together to set up the connection.

Sony is designing some of the most amazing and consistently well-performing cameras on the market. We are pleased to report that the a6000 is capable of producing some fantastic pictures. Colors are saturated wonderfully, and although this can occasionally err towards over vibrancy the overall effect is very pleasing.

If you need to experiment with how colors appear straight from the camera, you can adjust Picture Styles. There are a number of presets, such as Landscape, Clear, Vivid and Monochrome, which can be customized by adjusting the contrast. One good thing about Picture Styles is that they can also be shot in raw format.

The Sony Alpha a6000 delivers details very well. Image smoothing can be seen from around ISO 400, but only if you examine at 100 percent, and only in some areas of the picture. Generally, details are preserved well throughout the low-mid sensitivity range. It will start to become problematic for normal print size images from around ISO 6400. ISO 3200 is probably the highest if you need to make prints of A4 or below, but it will go up to ISO 12800 for sharing images online at small sizes.

If you examine images taken at ISO 1600, you’ll find areas of the image have a slight painterly effect, but it cannot be noticed at smaller, or normal, printing sizes.

The camera’s metering system performs well in producing accurately exposed images. However, it was found on several occasions that the a6000 is prone to underexposure. It means you’ll need to dial in some exposure compensation (if you are shooting in aperture priority or shutter priority) to produce a balanced image. This is particularly not helpful if you’re shooting something with high contrast, and it can help to switch to spot metering.

The automatic white balance is quite good at reproducing accurate colors, but some artificial light sources can confuse it to produce warm or yellow toned stills in some circumstances. If you’re not comfortable with this, you can switch to a more appropriate white balance setting, such as Incandescent.

Lower light speeds of the camera are impressive and it’s definitely an improvement over the NEX-6.

Along with Picture Styles, you can also choose different Picture Effects. Unlike the Styles, you can’t capture using Effects in raw format, so you’ll have to switch to JPEG only shooting first. It also means that you’ll be stuck with whatever filter you select. It’s strange that these can’t be captured in raw format or raw and JPEG format simultaneously. This option is available in Olympus or Panasonic cameras. Nevertheless, there are other amazing features available, and they’re worth experimenting. Toy Camera and High Contrast Monochrome can be your favorites.

Battery life is impressive. It’s probably due to the smaller sensor size, which is great news. You’ll still need to buy an additional battery if you’re planning to go on any long trips with the a6000, just to be on the safer side.

The Sony Alpha a6000 has a lot to offer, including an excellent viewfinder and a high-resolution screen. Apart from the amazing image quality, probably the best thing about the a6000 is that all of the function menu and the buttons can be customized to suit your requirements. It’s a great way to work for the professional photographers and it means that you can dump those settings you never use. It will also provide you fast access to the ones that you use often.

However, it’s pretty annoying, for a camera of this standard, that you have no quick way to set the AF point. It really shouldn’t be that hard, or time-consuming to change the point. If you’re someone who does that often, it can make you grow tired of using this camera. Lack of a touchscreen also makes things difficult. Sony has this technology readily available and it remains a mystery why it is insistent to not using it in its high-end products, when its biggest competitors, such as Samsung, Olympus, Panasonic, and the latest Nikon CSCs, are all embracing it.

8
Score
Sony has come within touching distance of producing the perfect camera, but it's not quite there yet. Impressive image quality, a small and sleek system, customizable buttons are all great additions, but there are a few niggles that keep it slightly away from achieving true greatness.