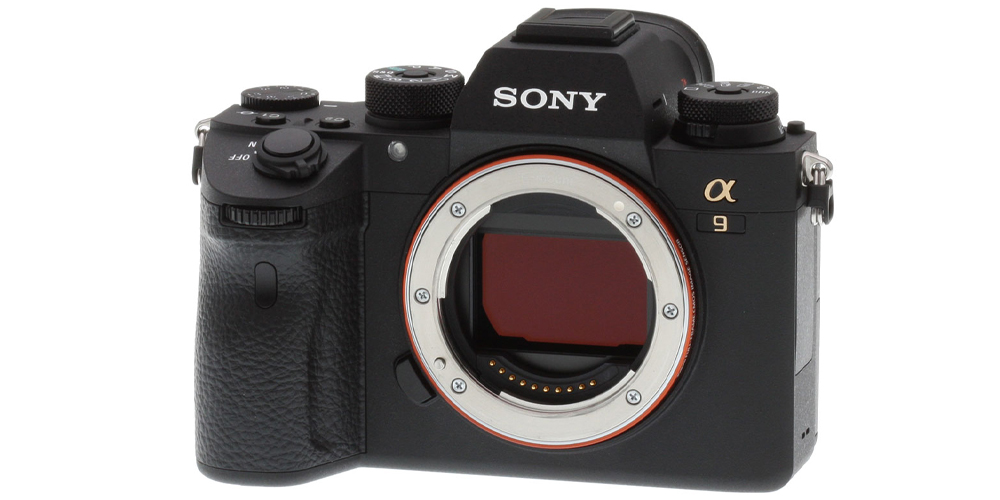 The Sony a9 remains the company’s most expensive mirrorless camera but for a reason. It has been claimed as the best model of the Alpha series as its specialty is in fast-action photography. Its 24.2-megapixel full-frame sensor has the ability to capture 20 frames per second (fps).

It also has blackout-free shooting which allows you to track the subject effortlessly through the viewfinder while clicking the electronic shutter. This feature is exclusive to the a9.

This camera was mainly made for wedding, action, and sports photographers which is groundbreaking for a mirrorless camera. Most cameras built for these types of photography are DSLRs which is why the Sony a9 has been turning heads. Olympus first started the trend with its OM-D E-M1 Mark II but Sony came in and perfected the trend with this speedy full-frame camera.

With its high-end features, Sony still kept the classic Alpha-series mirrorless body on the a9. It has the same dimensions as the a7R III, measuring at 5 x 4 x 2.5 inches and 24 ounces with the battery. Although, if you are not accustomed to the small body, you can add a battery grip which can be convenient for those who need extra runtime or more precise ergonomics.

One of the main differences the a9 has is the thick dial on the left shoulder which is in control of the drive and focus mode. The dial was added due to the complaints that the Alpha series lacked direct access control. There are four custom keys, two on top and on the back, that allow you to set up the camera in the way most convenient for you.

You will notice that the camera has a three-inch LCD touchscreen that tilts with 1.44 million pixels. It has a 0.5-inch OLED electronic viewfinder with 3.7 million pixels. The camera also has a dual SD card slot on both ends which is convenient for those planning on using the 20 fps burst.

The a9 battery life has improved significantly as it can last for 480 shots with the electronic viewfinder or 650 with the LCD. In comparison to other mirrorless cameras, it is high but when it comes to professional DSLR, it can still use some work. There is a dual battery grip that triples the battery life that can be invested in.

The Sony a9 in Use

The performance of the Sony a9 is what makes it the best of the best. In comparison to the a7R III, the a9 outperforms it easily as it is six times faster and 20 times faster than the a7 II. As mentioned, the camera can shoot at 20fps with autofocus and autoexposure. This changes if you decide to shoot in uncompressed RAW format which drops to 12fps.

Be aware that if you use speed lights during burst shooting, the a9 does not sync with an external flash for its electronic shutter. This will limit you to five frames per second with the mechanical shutter.

One feature that many find intriguing is the silent shooting. In comparison to DSLRs that rapid shoot, you will hear a constant clicking of the mirror and shutter. With the a9, you can turn off the electronic shutter sound since it is fake.

You can also turn off the camera while it is still reading the card. There is a light that will stay on until it is done and if you happen to turn it back on, the camera will boot up and work just as normal.

When it comes to videography, the camera is capable of recording at 4K as it it contains a new CMOS sensor. It captures 24p footage from 6,000 x 3,376 pixels. The camera also has headphone and mic sockets with the option to fit an adapter for a twin XLR mic input.

It is fair to say that the Sony a9 has been giving many cameras a run for their money. Not only does it shoot frames at the speed of light, but it has many DSLR features in such a compact body. But for many professional photographers, they can be a bit skeptical to believe that this small camera can live up to the hype.

The Nikon D5 has been a trusty DSLR that has made its name in sports and wildlife photography. Of course, bigger does not necessarily mean it is better, but it does mean there could be better quality when it comes to display screens. Let’s take a look at how each camera compares.

There is a lot of talk about the Sony a9 being one of the best Alpha series cameras there is and to be frank, it is. With the high price tag, you can expect outstanding performance and a high-quality product.

It is definitely targeted at professionals who need a fast-paced camera whether it be in sports or any outdoor photography. And even though the camera gets highlighted for capturing moving subjects, it does a great job with still subjects.

The a9 is the perfect example of having the same performance capability as a DSLR and it looks like size doesn’t matter. There are no other mirrorless cameras that can compare. Even though it has been two years since the camera has been released, it remains at the top.

9
Score
The Sony a9 compact full-frame mirrorless camera is tiny but definitely mighty. It holds similar qualities that you will find in a DSLR camera but is much easier to handle with its light weight. One of its highlighted features is how quick it is and the quality of its product.