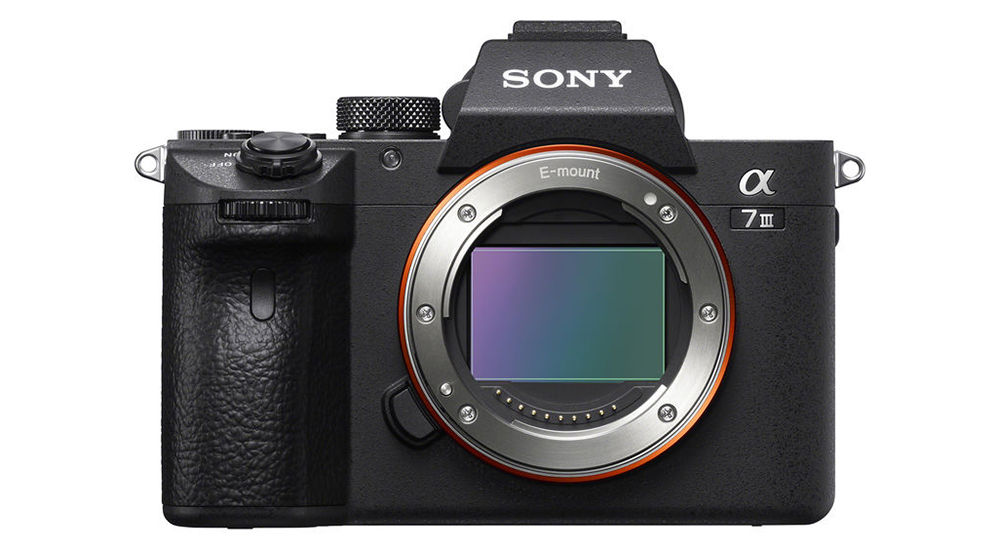 The Sony a7 cameras have now been on the market for almost five years and the evolution of these full-frame mirrorless cameras is impressive. The new Sony a7 III is another reflection of Sony’s great momentum on the camera market.

The new a7 III looks very similar to the Sony a7 II with only the new badge as an obvious difference between the two bodies. However, just like the Sony a7R III, the Sony a7 III has been redesigned with a larger grip which allows for more comfortable handling.

Another feature that has been added to the new Sony camera is dual card slots, with one of them supporting higher-speed UHS-II class cards. They allow photographers to back up their work and avoid losing them if one of the cards gets corrupted.

The movie recording button is at a more sensible place avoiding the issue of accidentally stopping recording which was recurrent for the Sony a7 II’s users. Just like its predecessor, the Sony a7 III is equipped with in-body stabilization. The image stabilization (IS) system compensates the movement of the camera for both shooting stills and recording movie.

The touchscreen added on the Sony a7 III is a step in the right direction. However, it still lags behind the competition. It can only be used for autofocus control. It does not allow its user to navigate through the menu or change any settings, unlike the Canon cameras. While adding a touchscreen on this camera is appreciated, it is poorly executed.

Sony cameras are known for being incredibly customizable, and the a7 III is no exception. Up to 13 buttons can be customized on this camera, and each can have different assigned functions on whether you are shooting stills or videos. Again, Sony allows its users to completely personalized their camera and thus allow for more effective use. In both the video and the photo mode, the a7 III can be customized in order to allow

In addition, Sony has added the eye autofocus in the a7 III. This means that when shooting in continuous autofocus, the camera will follow the subject that is closest to the camera and keep their eyes in focus. This is unprecedented and one of the most widely expected features advertised by Sony. The eye autofocus with native lenses has shown no flaws, producing sharp in focus images every time. However, when using other lenses adapted to the Sony, the eye autofocus can be inaccurate.

The larger grip allows this new camera body to accommodate newer, larger batteries. Any Sony camera user would agree that until now, the battery life of Sony cameras was shockingly poor in relation to the camera standards. The Sony a7 III’s battery life is a considerate improvement shooting up to 610 shots compared to other Sony cameras and especially its predecessor. The issue faced by Sony a7 II users is no longer. The a7 III easily lasts a whole day of heavy shooting without needing a battery replacement.

However, just like the other Sony cameras, the a7 III does not come with an external charger. And as mentioned in other reviews, in-camera charging is lengthy. On the other hand, contrary to the a7 II, the a7 III can be used whilst charging, which makes it easier to charge on a shoot if needed.

How Does the Sony a7 III Compare?

When combining value and capability, the Sony a7 III might be the best full-frame camera on the current market. It offers speed, autofocus accuracy, great dynamic range, and great low light quality. For an affordable price, this is the perfect all-rounder. Whether it is sport, portraits, landscape or in low light conditions, the Sony a7 III does a great job at delivering great images.

While not everyone can afford this new camera, no one has been able to offer that much capacity for a similar price. The Sony a7 III is definitely a camera that can be recommended. The fact that some DSLR users are now switching to the a7 III shows that the camera meets the standards of the long-standing DSLRs like Canon and Nikon. Such a camera for this kind of price is unprecedented and boosts Sony to one of the best camera providers nowadays, alongside Canon and Nikon.

9
Score
The Sony a7 III is probably the best camera that came out in 2018. For an affordable price, it provides all the capacities of a high-end DSLR. It is suitable for any photographers offering great images for portraits, sports and landscape. This camera is unprecedented and boosts Sony to one of the best camera providers nowadays.