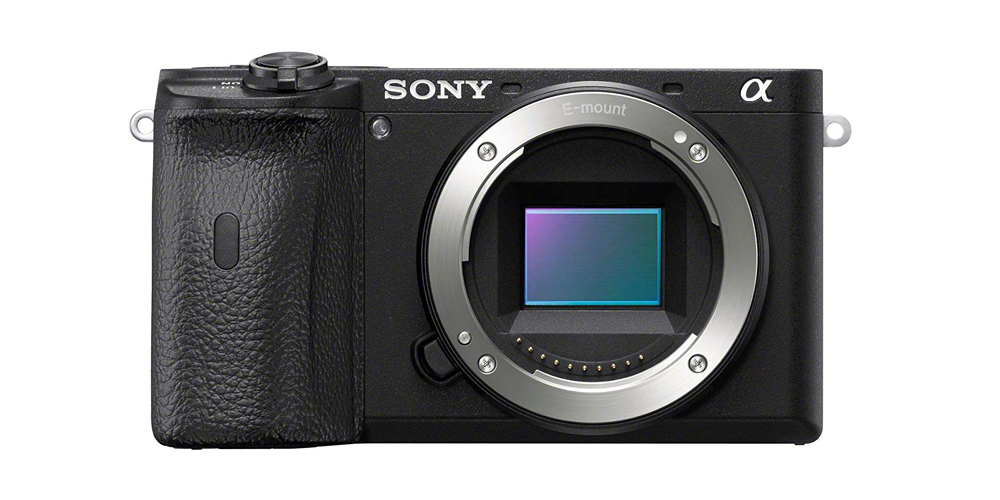 Sony’s new flagship, the a6600 has many things in common with the Sony a6400 and a6500 cameras, but it also adds some new features. It employs a 24.2-megapixel sensor and Sony’s state-of-the-art Bionz X image processor, which means the camera delivers an outstanding imaging experience with improved speed and overall performance.

Additionally, the a6600 is equipped with Sony’s latest real-time eye AF and real-time tracking autofocus features. Let’s find out more about the design and performance of the camera.

On the Sony a6600, you will find a few physical controls and customizable buttons. It may look identical to the a6400 and a6500, but it adds a fourth custom button to the camera body. With the larger front grip, ergonomics are now improved and now it feels better and more comfortable in hand.

A dedicated mode dial and a rear command dial are placed on the top of the camera. Front command dial isn’t included, so the rear control wheel can be used as a command dial together with the traditional dial while shooting in manual mode.

The camera lacks the digital audio interface previously found on the Sony a7R Mark IV. Unlike the other 6000-series cameras, the a6600 doesn’t come with the built-in flash, which can be disappointing for some users.

The three-inch touchscreen on the rear only has a 921k-dot resolution but comes with improved tilting range. It makes a tilt angle of 180-degree upward and 74-degree downward. While it cannot be tilted to the side, you can tilt it upward in order to capture selfies.

As for the viewfinder, the Sony a6600 uses an OLED EVF having 2.36M-dot resolution and 0.7x magnification. Button placement including control dial and select button, and the rear look quite similar to the past Sony models like the a6400 and a6500.

The Sony a6600 has been constructed using the lightweight magnesium alloy and comes with dust and moisture-resistant capabilities, making it an ideal choice for outdoor shooting. With the larger Z battery and SD card inserted into the camera, it weighs 503 grams in total.

The Sony a6600 makes use of the 24.2-megapixel APS-C Exmor image sensor, which is not new but the sensor behaves differently because of the new and improved Bionz X image processor. The camera has a native ISO of 100-32,000 that can be expanded down to 50 and up to 102,400. Images are processed in 16-bit (for improved texture and shadow detail) before the camera delivers them in a final 14-bit raw file.

The image processor and improved LSI (Large-Scale integrated supports the processor to obtain faster processing speed) were first introduced for the Sony a9, and it’s quite interesting that Sony has now started adding these state-of-the-art features to its small-sized sensor and affordable cameras.

The a6600 can acquire focus in only 0.02 seconds and low-light autofocus performance of the camera is great. In continuous shooting mode, the a6600 is almost two times faster at processing data than the a6500.

Like the other 6000-series cameras, it can continuously shoot at a rate of 11 frames per second. However, the camera doesn’t let you use the live view mode at this high shooting rate. You will have to slow it down to eight frames per second if you want to use the real-time viewfinder.

Turing our attention towards video features, the Sony a6600 can capture 4K videos at 30 frames per second. It also has support for Hybrid Log-Gamma (HLG) video. The a6600 initially captures a 6K oversampled video, from which a 4K UHD video is derived to further improve the quality of the footage. It is capable of recording a video at up to 100 Mbps in the XAVC S format.

You can record a Full HD video at up to 120 frames per second, which also adds a “Slow & Quick Motion” feature.

The a6600 features various connectivity options such as Wi-Fi, NFC, and Bluetooth. For power, It has Sony’s NP-FZ100 rechargeable lithium-ion battery, which is different than its predecessors. The camera gives an impressive 810 shots on a single charge, which is more than two times of the a6400 and a6500’s battery capacity.

The Sony a6600 is a successful refinement of its predecessor. Not only does it come with an upgraded and fast processing imaging engine, but also many other advanced features have been incorporated into this camera. Design and handling have been improved, and battery capacity has been greatly increased. You can find the comparison in more detail in the table below.

The Sony a6600 is a very capable camera. Sony is believed to be a leader in autofocus tracking and in addition to it, the a6600 has exceptional battery capacity, five-axis in-body image stabilization and delivers excellent quality images both in JPEG and RAW.

The camera can record very detailed 4K video. Design is compact and grip is more comfortable than the previous models. It is loaded with a lot of customization options as well.

If you want to save half of your investment, Sony has also introduced a much cheaper version, the Sony a6100, which offers many features of the a6600. However, you won’t be getting many powerful features like the in-body stabilization, the more solid build, or a powerful battery. It also lacks a headphone jack, S-Log, and Eye AF for video recording (Something that videographers won’t like). So that makes it more of a still-shooting camera.

9
Score
The Sony a6600 is an excellent camera for both photos and videos. Its powerful features like autofocus performance, image stabilization, long battery, and others make it an easy-to-recommend camera, especially for sports and action photographers.