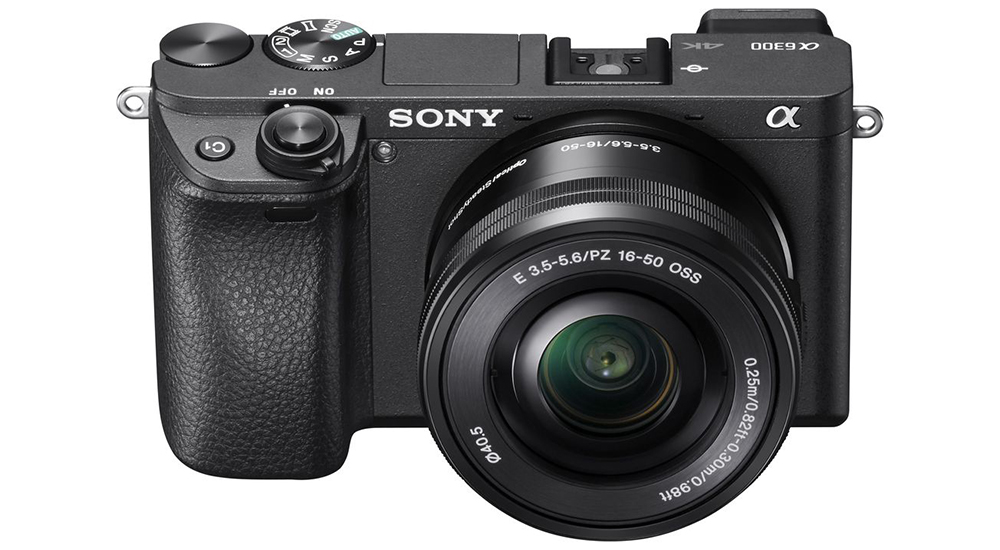 Sony has definitely made its mark in the camera realm. It has taken the market and took control of it with its compact cameras that produce high-quality content. The company consistently stays relevant with its exciting new products. This time around it has the Sony a6300.

The Sony a6300 is similar to the the Sony a6000 as it has many of the same qualities, like the 24-megapixel resolution, but also improvements that makes it shine above the older model. Some of the improvements can been seen through the autofocus speed, its new sensor that offers better photo quality in low light environments, and incredible video quality which is highlighted with its 4K resolution.

With its many improvements, it also means that it will cost you a bit more. The new model cost almost double the price of the Sony a6000 but is it worth the extra money?

One of the most drastic changes Sony did with the a6300 is changed its entire build. The older model, the a6000, was made of composite material – making the body feel light and fragile. For consumers, it was a bit nerve-wracking as it felt like it can break anytime. This time around, the a6300 is made of magnesium alloy which adds 6.3 ounces but for the better. The heftiness makes the camera feel sturdier even though the older model was also quite durable.

Aside from that, the rest of the model is more or less the same but its improvements make a grand difference. There’s a popup flash and a hot shoe if you are looking to mount a more powerful strobe or mic and is smaller in dimension. The electronic viewfinder (EVF) gets an upgrade to 1024 x 768 pixels from 800 x 600 pixels. There is also a bump from 60 frames per second (fps) to 120 fps that keeps the photo preview from blurring.

Sony kept the three-inch, 640 x 480 rear LCD which brings the Sony a6300 down in quality especially since it’s not touch screen. But you can still tilt the LCD 90 degrees or down 45 degrees to get the perfect shot under extreme circumstances. Once you place the camera to your eyes, a sensor automatically changes the preview from LCD to EVF but this feature can be turned off.

The quality of the images and video is what makes this camera such a star. It keeps the 24-megapixel resolution and improved the APS-C CMOS sensor that gives a higher ISO o 51,200. Just to give you a perspective on the upgrade, the a6000 only went to 12,800 and this sensor is the same size as in many DLSRs.

If you have worked with the a6000, you know how quick the autofocus is. Well, with the a6300, things just got lightning-fast.

As for the video quality, the a6300 keeps the same quality of its older model which is incredible. It’s HD quality goes up to 188op, 60fps. But with the a6300 has a new 4K option that is extremely sharp and vivid. And don’t worry about shooting at night since the 4K video quality is just as stunning. The built-in microphone does pick up background noise but you can always connect an external mic.

When it comes to the Sony lenses, if you plan on buying something other than the 16-50mm lens, know that it will cost much more but here are other lenses that could be in your interest.

Another alternative is the 35mm f/1.8 prime lens as it’s great with low-light situations. Or if you want to work with telephotos, the 55-210mm f/4.5-6.3 is incredible to capture details. When you combine the 16-50mm with the 55-210mm, it will be a playground to shoot with as it can go from ultra-wide to super telephoto.

The battery life really depends how you are taking photos. The a6300 takes about 400 shots when using the LCD and 350 when using the viewfinder. But as mentioned, this can be subjective with how you have your camera setup.

There are different ways you can save up on the battery life like dimming the screen and using the Standard LCD quality setting. You can also program the camera to “go to sleep” for a short time or create a shortcut button to “Deactivate Monitor” which will turn off the LCD and viewfinder.

The Sony a6300 and the older a6000 were compared a lot but both models are similar but with tweaks that make a huge difference. Those who consider themselves professional photographers who want top-notch quality all around, the a6300 might be your way to go. If videography is a priority then the a6300 takes the cake.

The a6000 is a better alternative for those looking to spend less but still want great quality. Regardless, both cameras will not disappoint but it all depends on the minor changes that you prefer and prioritize.

9
Score
With the many cameras Sony has, it can be difficult to choose which one to invest in. The Sony a6300 can be considered the upgraded model of the a6000 and the price makes it evident. But what are the major changes that make it stand out from the older model?