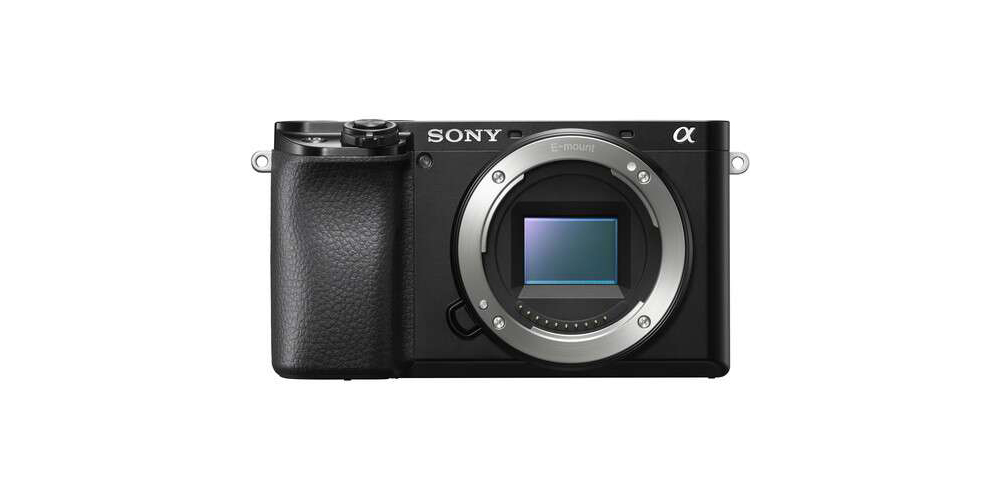 Sony has recently unveiled the APS-C mirrorless a6100 camera alongside its flagship a6600. It is aimed at beginner and intermediate level photographers but almost has the same specs, features, and performance as the a6600, and it’s being offered at a significantly lower price.

Sony a6100, like the a6600, comes with the same 24-megapixel APS-C sensor and Sony’s latest BIONZ X image processor. Autofocus (AF) performance has been greatly improved as the sensor has 425 phase-detection AF points with a focus acquisition speed of 0.02 seconds, as claimed by Sony. The camera has tons of video features and includes 4K UHD video recording.

The new Sony a6100 comes with a lot of upgrades over the old a6000. However, if it’s compared with the a6300, there are some improvements but it also lacks some of the important features. Let’s find out more about this Alpha series camera’s design, features and picture-taking capabilities.

The Sony a6100 has a similar style and design as the a6000. Their build quality and control layout are almost the same, and buttons are also placed in a similar fashion. However, notable improvements are made to the touchscreen rear panel for easy touch AF functionality.

The LCD has the same three-inch panel with 921,600 dots of resolution but offers more adaptability in terms of tilting angles. It can now be tilted about 74 degrees of downwards and a full 180 degrees upwards. The a6000, on the other hand, had an upward tilt limited to around 90 degrees. Both cameras feature the same 1440K-dot SVGA electronic viewfinder rather than the high-resolution OLED EVFs used in the more expensive models.

Sony has constructed the a6100 from sturdy polycarbonate plastic while its high-end models like the a6600 utilize magnesium alloy construction and are weather resistant. Meanwhile, the a6100 doesn’t offer any weather resistance which is very important to keep in mind while taking the camera shooting outdoors. Although the camera has not been built with the material as the high-end models, it feels quite durable and solid in the hands.

The a6100’s shape, size, and weight closely match that of the a6000. It uses the same older W-series rechargeable battery. In contrast, the a6600 has been equipped with the larger Z-series battery, which has increased capacity but requires a larger handgrip. With the small battery, the a6100 has a decent grip and compact look and fits comfortably in hand.

In addition to the new external mic jack, the a6100 features a micro HDMI port, a multi-interface hot shoe, a multi micro-B USB (2.0) terminal, and a single UHS-I SD/MSDuo card slot.

The a6100 comes with built-in Wi-Fi and NFC connectivity options, as well as Bluetooth 4.1. The camera supports Sony’s Imaging Edge mobile application.

The autofocusing system of the Sony a6100 comes with a lot of improvements. It’s quick and has an improved tracking performance with a lot more AF points. Overall, the autofocus system and its features are almost similar to Sony’s more advanced models like the a6400 and new a6600.

Sony a6100 features a 24-megapixel APS-C CMOS sensor that has an optical low-pass filter. So the image quality is expected to be similar to the other Sony 24MP APS-C mirrorless cameras. The sensor is paired with an improved and latest-generation BIONZ X image processor. Therefore, the camera is able to deliver excellent results.

Some updated algorithms from Sony’s full-frame cameras have been used for improved color reproduction, with regards to the skin tones in particular.

Images are captured both in JPEG and RAW file formats. The camera’s mechanical shutter offers a range from 30 sec up to 1/4000s. A new electronic shutter mode is also included in the camera, which is good for silent shooting. The top shutter speed is limited to 1/4000s, which means it won’t help getting the perfect shot in bright or sunny conditions with fast lenses as it won’t prevent over-exposed images.

The NP-FW50 rechargeable lithium-ion battery, used in the a6100, gives you around 420 shots on a single charge and 380 shots while using the EVF. In terms of battery life, it’s a noticeable improvement over the a6000. The camera supports in-camera USB charging and ships with an AC/USB adapter.

As mentioned, Sony a6100 has a lot of improvements over the a6000. Its sensor and autofocus has been upgraded and the camera has an improved image quality. Numerous other features has been added that were previously missing in the a6000. Their detailed comparison is provided below.

The Sony a6100 is a hard-to-beat entry-level mirrorless camera. Image quality has been improved and the camera features Real-Time Tracking and Eye AF. It is available at a competitive price and instead of investing more on the a6600 if you save that money and get a high-end lens, the camera can prove to be an equal performer.

9
Score
The Sony a6100 is a top entry-level performer and comes with a lot of upgrades over the old a6000. You really can’t ask much more from this camera unless you are a professional photographer.