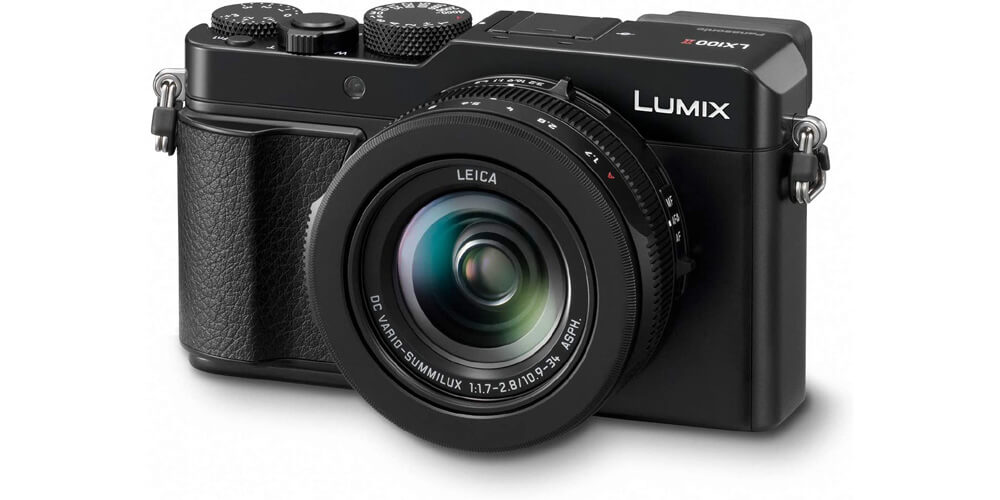 Back in 2014, when the Panasonic LUMIX LX100 was launched, it attracted a lot of fans. Four years later, Panasonic released its update, the LUMIX DC-LX100 II.

Some cameras offer a single specialized feature, such as a high frame rate for sports shooting or high-resolution imaging for commercial photography. However, if you travel a lot and have an interest in street photography, you will need something with a balanced set of features – and the Panasonic LUMIX DC-LX100 II has been equipped with pretty much everything.

On the outside, the Panasonic LUMIX DC-LX100 II looks almost similar to the older LUMIX LX100, but some changes to the handgrip allow you to hold it comfortably in your hands. Also, the camera is compact enough to fit into your jacket pocket, but you’ll need to make sure it’s off before putting it into your pocket as the lens extends forward when the camera is turned on.

Although the electronic viewfinder (EVF) of the LUMIX DC-LX100 II doesn’t have a high resolution, it’s sufficient and performs well in bright light scenarios. The rear screen, on the other hand, is also quite sharp and clear and responds fast to the touch input.

You also have the option to deactivate the touch control, but it does come in handy for setting the focus point position, or even for street photography when you sometimes hold the camera away from your face. Likewise, the camera’s touch-shutter mode is undeniably useful for taking macro shots.

Photographers who like to use tilting screens on compact cameras may be a little disappointed as the screen is fixed and doesn’t even offer a tilt mechanism. Therefore, you won’t be able to use this camera for waist-level shooting.

For zoom operation, you can use a zoom lever that can be found around a shutter release button, or a multi-function control ring on the lens can also be used, but the operation is quite slow. In this department, mechanical zooms have quite an advantage and it also depreciates the responsiveness of the LUMIX DC-LX100 II in other areas.

All in all, the Panasonic LUMIX DC-LX100 II is a powerful shooter packed with a ton of features and technology. However, to get the best out of it will require somewhat complex interaction with the camera’s touchscreen display and its menu system.

The Panasonic LUMIX DC-LX100 II in Use

From the 12-megapixel resolution of the original LX100 to the 17-megapixel of the new Panasonic LUMIX DC-LX100 II, it certainly is a massive upgrade to the sensor, which combines with Leica’s lens to deliver an impressive quality.

The optical low-pass filter isn’t included, meaning the sensor would be able to capture a great level of detail and would deliver the same results as you get from those larger APS-C sensor cameras.

The camera also does an excellent job of handling the image noise. You get nice and clean looking images at low sensitivities with only a little grain-like noise appearing at mid-range sensitivities, which can be seen only if you closely inspect the files.

Noise becomes more evident at ISO 1600 or ISO 3200 where chroma noise also starts to appear in the images and it’s more noticeable at ISO 6400, but the sensor still preserves the details well in RAW files. However, it’s good to avoid ISOs above these settings.

Recently, Panasonic has taken some steps when it comes to color rendition and the Panasonic LUMIX DC-LX100 II does produce natural-looking JPEGs with excellent colors. If you don’t want to spend too much time shooting monochrome images, you would love the latest L.Monochrome photo styles added to the camera. Here, the L.Monochrome D option produces excellent black and white photos in particular.

While the LUMIX DC-LX100 II isn’t suitable for action shots, it can go up to 11 fps in AF-S mode, which drops down to 5.5 fps while shooting in continuous focusing mode. If you think it’s not enough, this camera offers a number of 4K shooting options, enabling you to capture at up to 30 fps. From the video sequence, it also allows you to select an 8MP JPEG file.

The exposure metering system of the camera is also quite reliable in situations such as when taking a portrait shot of the subject in bright light against a darker background. It’s auto white balance system is equally reliable in regular daylight.

As for the battery capacity, the Panasonic LUMIX DC-LX100 II delivers up to 340 shots on a single charge, which is incredible compared to the 220-shot Sony Cyber-shot RX100 V and the 200-shot Canon PowerShot G1 X Mark III. However, this count drops down to 270 shots when you regularly use the EVF.

How Does the Panasonic LUMIX DC-LX100 II Compare?

Although the new LUMIX DC-LX100 II may not add much over its predecessor, it still ends up looking pretty competitive. Some key upgrades such as a larger sensor with more pixel count, bigger battery capacity, and other state-of-the-art features significantly add up to its overall performance.

The Panasonic LUMIX DC-LX100 is an excellent compact camera that offers a lot, especially for travelers and street photographers. It delivers improved performace over its already incredible predecessor.

When Panasonic released the first version of this camera, it hit something of a sweet spot. Although the Lumix LX100 II is complex and a little awkward to use in some areas, it hasn’t lost the original’s attraction. It truly is a wonderful compact for enthusiasts.

8
Score
With a larger sensor, an amazing lens, and an EVF, the Panasonic LUMIX LX100 II comes with all the ingredients you want from a compact camera. It even encourages creative shooting.