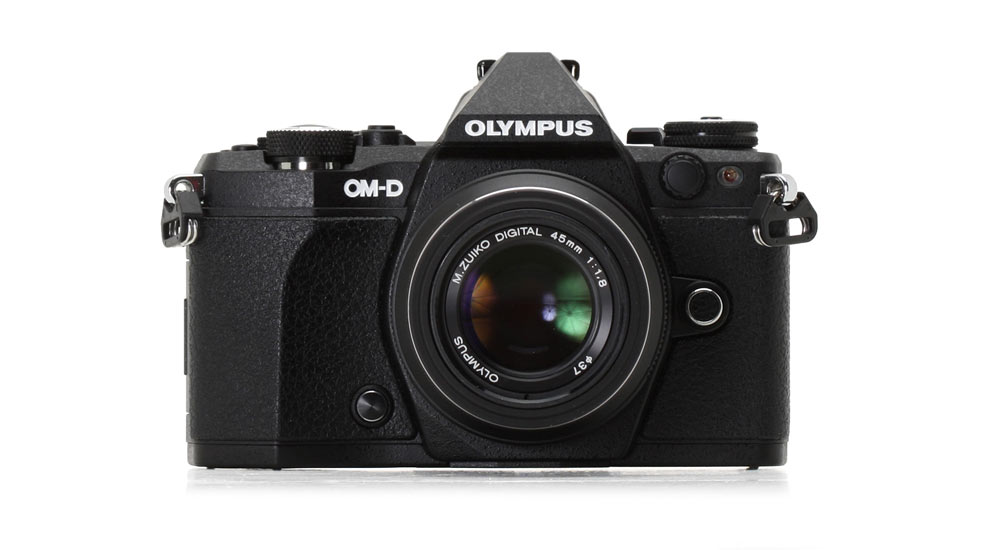 The Olympus OM-D E-M5 Mark II carries on the great design of the Mark I, echoing the nostalgic design of the classic Olympus OM 35mm range from back in the day. On the surface, the second edition looks largely unchanged, but under the hood, there are some definite upgrades.

The competition has definitely pushed the boundaries with this format since the release of the original, but the Olympus still has a lot to offer, especially with so many tweaks to the latest model.

Anybody familiar with the old SLR 35mm film format will warm to this design, but even the younger photographers out there will appreciate this classic design. Everything is wrapped around a 16MP four thirds CMOS sensor like its predecessor, with 10fps continuous shooting.

The body has a very solid feel, being made out of magnesium alloy with all the buttons being plastic but have a very solid feel to them. The top plate of the camera is where a lot has been rearranged from the original. The on-off button has been moved next to the mode dial and the command dial moved to the right, making space for extra function buttons. The mode dial itself has a nice lock button, but you may have to get used to the orientation of the one-off button and how you select different modes.

New buttons are the HDR/Fn4 and the depth of field button, with the accessory port being ditched. All the buttons are highly configurable with almost any permutation of functions available. There are six custom buttons with the four-way controller also being configurable. The camera has a touchscreen with easy access to settings via the Super Control Panel. With so many options, there comes the downside of complexity and learning curve, which means if you’re not familiar with the way Olympus do things, you’ll have to put in the practice time.

Overall, this is a lovely compact design which you can be happy to use all day long to produce sharp images.

The auto ISO on this camera lets you set the lower and upper limits with the ISO being raised in accordance with the shutter speed or Flash Slow Limit speed which can be changed in the menus. Auto ISO can be used in manual exposure mode, but the caveat being that you can’t set exposure compensation.

The camera has an 81-point AF system with 800 points on the touchscreen. Eye-detection AF locks onto the eye of a subject extremely well, with everything working fast in single-acquisition mode. You’ll have to use Continuous L mode to track efficiently at the top burst mode.

One party trick of the Olympus OM-D E-M5 Mark II is its high-res photo mode. This essentially builds up a picture from eight frames as the camera’s stabilization is used to move the sensor between each exposure. This produces a 40MB JPEG image or a 100MB RAW file. Impressive stuff, but it can only really be used on static objects or everything being as still as possible in the frame. There is also an ISO 1600 upper limit to this mode which you need to be mindful of. Think like taking bracketed exposures for this feature.

Another cool feature is the LiveTime mode which is useful for longer exposures. You can see your image slowly display on the rear LCD screen and when it’s at the point of your liking, you simply press the shutter button to capture your image. It’s a more convenient alternative to Bulb mode without the guesswork. LiveComp is also great for compositing two images with different exposures. Just like LiveTime, you can see the image build and click the shutter button when you’re happy.

Movie shooting is where the Olympus OM-D E-M5 Mark II has made leaps. It may not have 4K, but the emphasis is on study quality 1080 footage with image stabilization and time code. The flip out screen will help with multi-angles and the 5-axis image stabilization benefits both video and stills.

Top footage comes in at 1080p at 60 fps with a bit rate of 52Mbps or 24p/25p or 30p footage at 77Mbps with All-I compression. The video side of things is not groundbreaking compared to the competitors’ offerings, but still reasonable for the package if you factor in the stabilization and current price point.

The Olympus OM-D E-M5 Mark II may look similar on the surface to its predecessor, but there are definitely improvements underneath that are worth the upgrade. The problem is that competition has definitely ramped up the quality of their own mirrorless cameras, injecting features such as sensor phase detection and superb image and video quality. However, the Olympus E-M5 II can still track extremely well and produce great images for a micro four thirds camera.

You can’t argue with the amount of customization on this camera, but it can at first be overwhelming, especially if you are not used to the Olympus format.

The overall image quality in JPEGs is still very good, with RAW files strong in detail. There have been some features added to the video side of things, but it’s not going to be the first port of call as a dedicated video machine.

Although the mark one was groundbreaking, this second version is now up against the likes of the Fujifilm X-E2 and Sony a6000 which add just as much when it comes down to the quality of images, autofocusing capabilities and video. The Olympus E-M5 II is clearly solidly built and has a lot to offer, with lots of tweaks that have put right the concerns of the first model.

If you’re looking at this cameras as an upgrade its definitely worth consideration with things like the AF tracking, viewfinder, video, and other tweaks, making it worthwhile. It’s also a consideration if you have a bunch of micro four thirds lenses. In total, the Olympus OM-D E-M5 Mark II is a great all-rounder and a worthy upgrade to its predecessor. There’s a lot of competition now in this sector of the market, but its price point has now dropped, making it a worthy consideration if you want a mirrorless camera that can do everything well.

8
Score
The Olympus OM-D E-M5 Mark II is a worthy upgrade to its predecessor, addressing many of the issues with the first edition. Although the looks are similar to the first edition, there is plenty under the hood to keep people satisfied. However, there's loads of competition in this sector of the market and things like resolution could be a bit bigger.