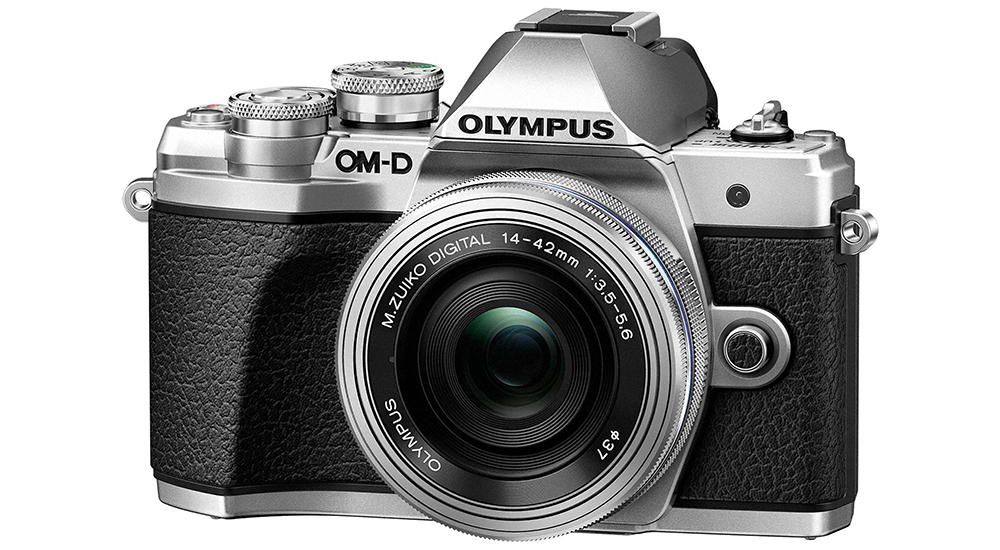 Olympus launched the OM-D E-M10 Mark III as a way to incorporate all consumers to the OM-D series. This mirrorless camera is an entry-level camera that allows people to get familiar with the manual system of a camera. Since it was designed to be an entry-level camera, the Olympus OM-D E-M10 Mark III is easier to use but also has some upgrade for those who are a bit more advanced and even professional who want to opt for a lightweight camera.

Although the E-M10 can be used for multiple audiences, for those who know more about a camera, they might notice the dated sensor and the lagging of the focus system.

Looking at the Olympus OM-D E-M10 Mark III, it has a similar build to the Mark II with the retro-chic aesthetic. There are some changes like the deeper hand grip, which is great and convenient to those not accustomed to holding cameras so often. It will make the camera feel more secure in their hand. As for size and weight, there is not much of a difference.

There is also a built-in electronic viewfinder (EVF). The EVF gives the photographer a crisp view as it is an OLED with a 2.36-million-dot resolution. Although, it is not the largest viewfinder you will find with a mirrorless camera.

Like all the other models in the series, the E-M10 is available in either all black or the silver and black finish.

Another difference is the control dials as they are larger and have more comfort. Olympus added a new Shortcut button on the left side of the top plate. This shortcut button allows you to add in-camera art filters to images or adjust scene modes.

Next to the Shortcut button, you will find the power switch and flash release – a combined button. To the right of this is the standard Mode control.

Once you turn on the Olympus OM-D E-M10 Mark III, it focuses quick – in a matter of 0.7 seconds. But don’t expect this at all times. The focus locks quickly when it is paired with a mechanical zoom or prime lens. If you find yourself shooting with the 14-42mm EZ lens, it will take a bit longer – about 1.2 seconds.

In bright light environments, you will notice the focus system working very fast. It can lock in on subjects in as little as 0.05 seconds. If the environment has dim lighting, it will take about 0.4-seconds.

There might have been improvements with the autofocus system, like face recognition and eye detection, as it still cannot keep up with high-speed shooting. If fast-moving photos are a priority, you might want to be looking into other mirrorless cameras that offer better quality.

The Olympus OM-D E-M10 Mark III has the 16MP image sensor with stabilization. The five-axis compensation for both images and videos allows consumers to use any lens and it will benefit from the stabilization feature.

As for the ISO performance, the E-M10 Mark III is similar to the Mark II. All through ISO 6400, noise is kept under 1.5 percent when shooting JPG. The image quality also maintains its sharpness through ISO 1600 while the quality begins to smudge once it hits ISO 3200 and 6400.

When shooting in Raw format, you can manipulate the ISO at a higher setting and still keep details. Images don’t get grainy until ISO 6400 and becomes heavier with ISO 12800.

Olympus has been known for putting art filters in its camera lines so you can definitely expect it in the E-M10 Mark III. The camera has all of the favorites from its previous models which include black-and-white, selective color, and soft focus among many other filters. Olympus has also made it simple and easy to apply these filters when shooting. There is actually an Art setting on the Mode dial while the Shortcut button changes the filter.

How Does the Olympus OM-D E-M10 Mark III Compare?

The Olympus OM-D E-M10 Mark III isn’t necessarily the model that was given much attention but that’s because there weren’t as many upgrades. The biggest addition was the 4K video resolution but one of the biggest setbacks was the dated image sensor. To be sincere, the image quality can be compared to smartphone image qualities. This model isn’t terrible but there are definitely other models that offer better quality at a lower price.

8
Score
While the E-M10 Mark III didn't turn as many heads, it still is a solid camera. Olympus released this model for everyone across the spectrum to us, from photography enthusiasts to professionals. But are the features too simple in comparison to its competitors?