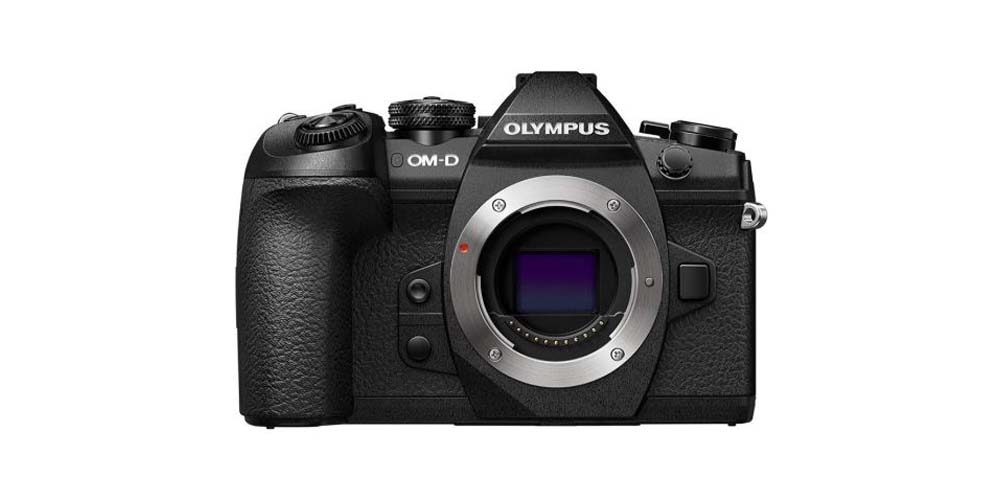 Olympus’s OM-D E-M1 was undoubtedly a remarkable camera introduced back in 2013. With its build quality, image quality and tons of features, it amazed many enthusiasts and professional photographers. After almost six years, it’s still very competitive.

In 2016, Olympus launched the E-M1’s successor, the Olympus OM-D E-M1 Mark II. It features dual quad-core processors that enable you to shoot at 60 frames per second (18 frames per second with continuous autofocus) and has an incredibly fast image playback. Additionally, the most advanced autofocus system and 5-axis in-body image stabilization make the Mark II truly a solid performer.

The E-M1 Mark II is an expertly built SLR-style mirrorless camera. It’s fully weather sealed. The buttons don’t feel as soft as you will notice on other weather sealed cameras.

The camera feels great in hand. It has a perfectly sized grip that puts your fingers in a position where you can easily access both control dials. You can also shoot one-handed if a lightweight lens is attached to the camera.

The Mark II looks almost identical to its predecessor except it’s a bit chunkier, most likely due to the increased height. The biggest change you may notice now is the fully articulated LCD – a welcome update for videographers. Previously, on the E-M1, it was just a tilting LCD screen. The pivot for the Fn lever has been shifted from left to right and below the four-way controller, some buttons are shuffled.

On the left side of the camera, you will find HDMI, mic, and headphone ports. If you have plugged in anything in any of these ports, it will prevent the screen from rotating.

The touch interface of the Olympus is one of the best. You can quickly navigate through settings and access the key shooting parameters easily. Swiping through photos in playback mode is superfast. Those who don’t want to use the touchscreen can simply ignore it in many situations as there are plenty of physical controls available for them to adjust or access any parameter.

The Mark II is equipped with the same EVF as found on the EM-1, and that’s fine because it’s already superb. Overall it works well but in rainy conditions, if the eye sensor gets a little wet, the EVF will be stuck until you clean it. However, it’s not something that only the Mark II’s EVF has encountered, it may happen to other cameras as well.

The E-M1 Mark II doesn’t come with a built-in flash but has a nice compact external flash known as the FL-LM3. You can rotate it 180 degrees in any direction and tilt it 90 degrees upward.

The Olympus OM-D E-M1 Mark II in Use

The autofocus system of the Olympus OM-D E-M1 Mark II is entirely new and state-of-the-art. It features 121 on-sensor phase-detection points. As claimed by the company, one of the two quad-core processors in the camera has been entirely dedicated to the autofocus system. It actively analyzes the captured images and also the current scene to help accurately track the subject for the next shot.

The Mark II produces outstanding quality images. At ISO 64 to 1600, the images are completely noise free but a very little noise may start to appear at ISO 3200. At ISO 6400 some noise and loss of fine detail should be quite visible. Going above the ISO 6400 the images become even noisier but they can still be perfectly usable.

The camera has greatly improved image stabilization, which is extraordinarily good offering 5.5 stops of shake reduction. It makes it easier for you to operate the camera in video mode without a tripod.

The Olympus OM-D E-M1 Mark II is equipped with a powerful 1720mAh BLH-1 lithium-ion battery which manages to take around 440 shots according to CIPA testing standards. This is probably because CIPA testing includes extensive flash use and some other factors that have a significant impact on battery capacity.

How Does the Olympus OM-D E-M1 Mark II Compare?

The Olympus OM-D E-M1 Mark II comes with many improvements over its predecessor. It has an upgraded imaging sensor and autofocus system. Additionally, it features improved image stabilization and articulated display. The battery capacity has also been increased. Other details are given in the table below.

The Mark II is Olympus’s most impressive and feature-loaded camera to date. From sports photographers and videographers to enthusiasts and professionals, it’s been made for everyone.

It’s a solid performer and Olympus has left no stone unturned to improve its image and video quality, image stabilization, and AF system. The only thing that can make you pause is its price as it comes with a big price tag and is not as affordable as the Sony a6500 or the Fujifilm X-T2. However, the Mark II is weather sealed, has a fully customizable interface, and matches the performance of many flagship DSLRs.

8
Score
With its improved AF and image stabilization as well as its high-resolution imaging sensor, the Olympus OM-D E-M1 Mark II can be called as the Olympus’ best camera yet.